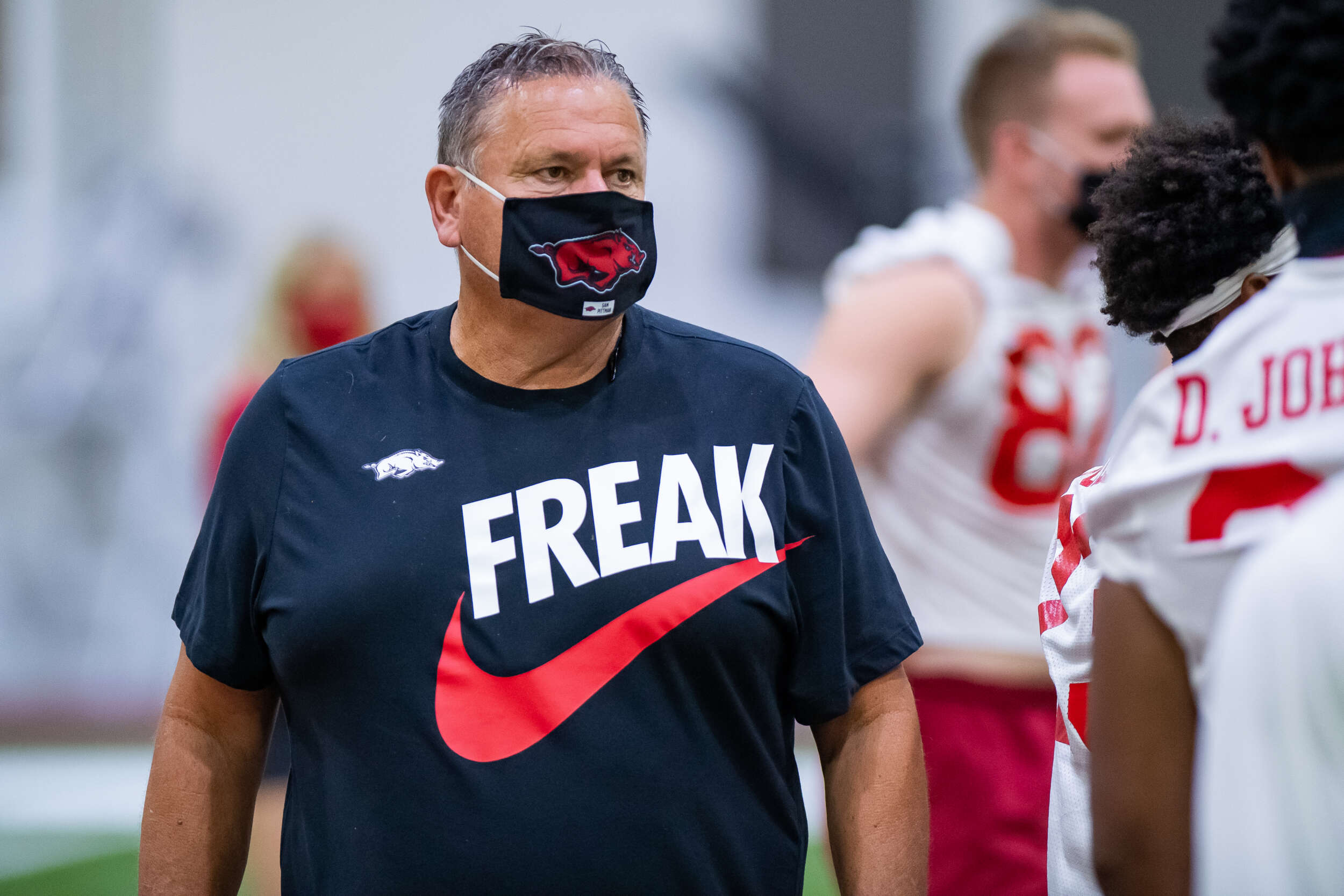 Arkansas set to open season against No. 4 Georgia

FAYETTEVILLE, Ark. – The Arkansas Razorbacks will kick off the Sam Pittman era at home inside Donald W. Reynolds Razorback Stadium on September 26 against a familiar foe for the new head Hog.

For the first time since 2009, the Georgia Bulldogs will visit Fayetteville when head coach Kirby Smart brings the No. 4 Bulldogs to town. New Arkansas head coach Sam Pittman served on Smart’s staff each of the last four seasons after coaching the Razorbacks’ offensive line for three seasons from 2013-15. The Bulldogs are the first of six teams ranked in the Coaches’ preseason poll on the Razorbacks’ schedule.

The Hogs will hit the road for a pair of games following the opener, visiting Mississippi State (October 3) and No. 11 Auburn (October 10) before returning home to face Ole Miss (October 17). After four games, Arkansas enters the bye week October 24 before taking off for No. 13 Texas A&M and visiting College Station for the first time since 2012 on October 31.

Tennessee visits Fayetteville on November 7 in the Volunteers’ first trip to Arkansas since 2011. The Hogs take on a pair of preseason Top 10 teams in back-to-back weeks with a visit to The Swamp and No. 8 Florida on November 14 then return home to take on defending national champion and No. 5 LSU on November 21.

Arkansas’ final road game of the season comes at Missouri on November 28 but the game against the Tigers will not be the regular season finale for the first time since 2013. The Hogs instead will end the regular season the following week in Fayetteville against No. 3 Alabama.

Dates and TV network designations will be announced at a later date by the Southeastern Conference.

Information regarding season tickets for Arkansas season ticket holders will be available in the near future.