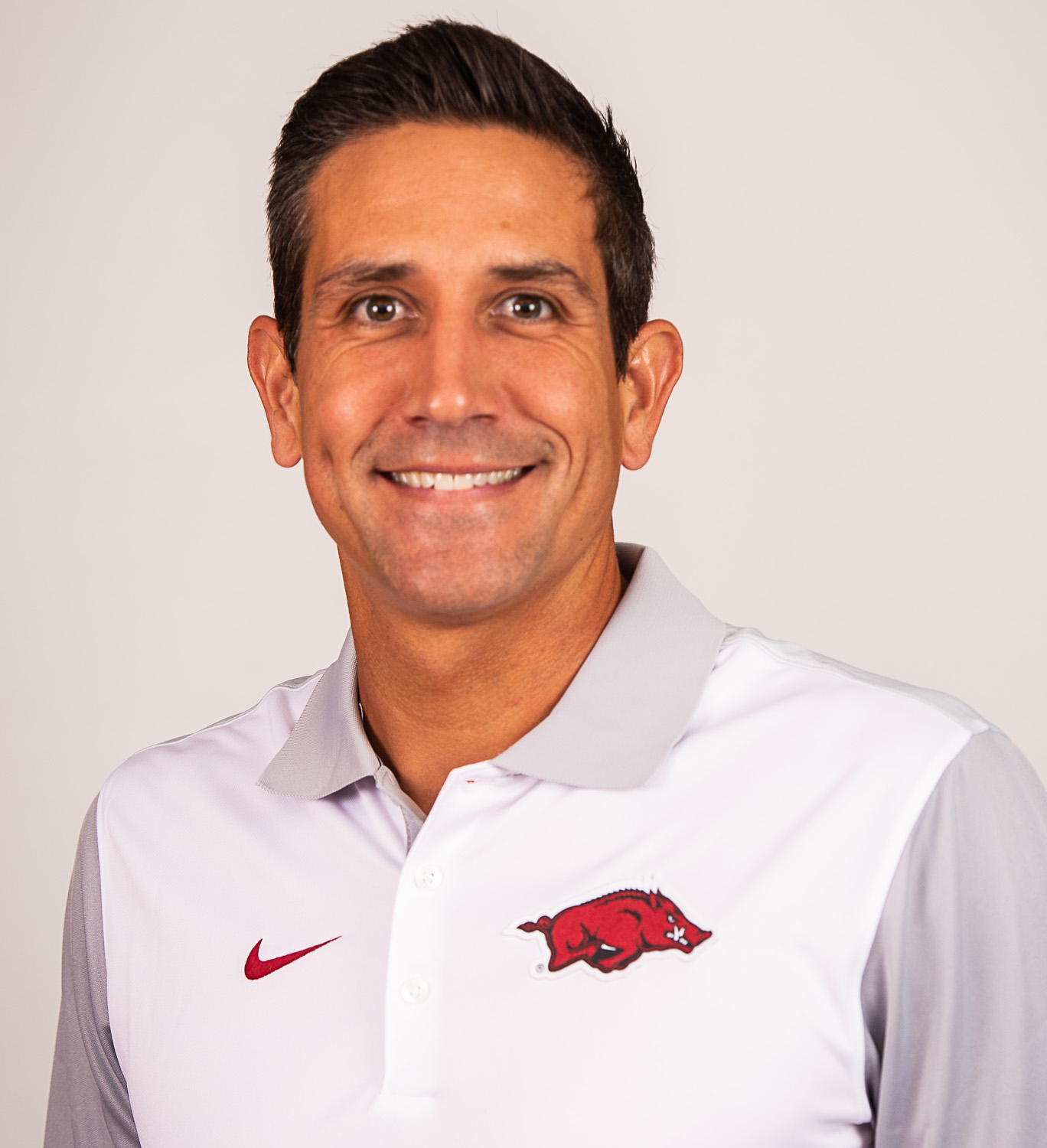 Gus Argenal, who worked two seasons at Nevada for Razorback head coach Eric Musselman, rejoined his mentor as an assistant coach for the University of Arkansas in May of 2021. Overall, Argenal has 18 years of collegiate coaching experience.

In year one at Arkansas, Argenal helped the Razorbacks to an NCAA Elite 8 appearance while posting a 28-9 overall mark and 13-5 scoresheet in the SEC. The 28 wins were the program’s best since going 32-7 and finishing national runner-up for the 1994-95 season. The Razorbacks recorded historic wins as Arkansas became the first team to beat the AP #1 team in the regular season (Auburn) and in the NCAA Tournament (Gonzaga in the Sweet 16). Individually, JD Notae was named All-American and joined Jaylin Williams on the All-SEC teams. Also, Argenal’s recruiting prowess has Arkansas in a position for future success as the Razorbacks’ 2022 recruiting class was rated the nation’s second-best.

In his final season at Fullerton (2020-21), the Titans ranked 11th in the NCAA and led the Big West in 3-point field goal percentage (.384) and guard Tray Maddox Jr., was tabbed second team All-Big West. In his first year with the program (2019-20), the Titans had their season cut short due to COVID-19. However, Argenal helped Jackson Rowe and Brandon Kamga claim second team All-Big West honors while Kamga was also named Big West Newcomer of the Year.

Argenal joined the Titans after spending the 2017-18 season as an assistant coach and the 2018-19 season as the associate head coach at Nevada. The Wolf Pack went to the NCAA Tournament both years, including the Sweet 16 in his first season, and won the Mountain West Championship both years as well. They also won 29 games in each season, tying the school record.

Argenal was a point guard who played at UC Davis and still holds the Aggies single-game record with 13 assists. His senior season he topped the Aggies in assists and steals and helped the 2003-04 team post an 18-9 record. He received his undergraduate degree in history from UCD in 2004 and earned a master’s degree in education from Arizona State in 2005.

As a prep athlete, Argenal was a three-year starter at De La Salle High School (Concord, Calif.) under legendary head coach Frank Allocco. As a senior and team captain in 1999, he led the Spartans to the Northern California regional finals and was named BVAL Most Valuable Player.

He is married to former UC Davis women’s basketball standout, the former Hannah Turner. The couple has two boys, Bo and Ace. Argenal is a second-generation American as his grandparents on his father’s side were born in Nicaragua.