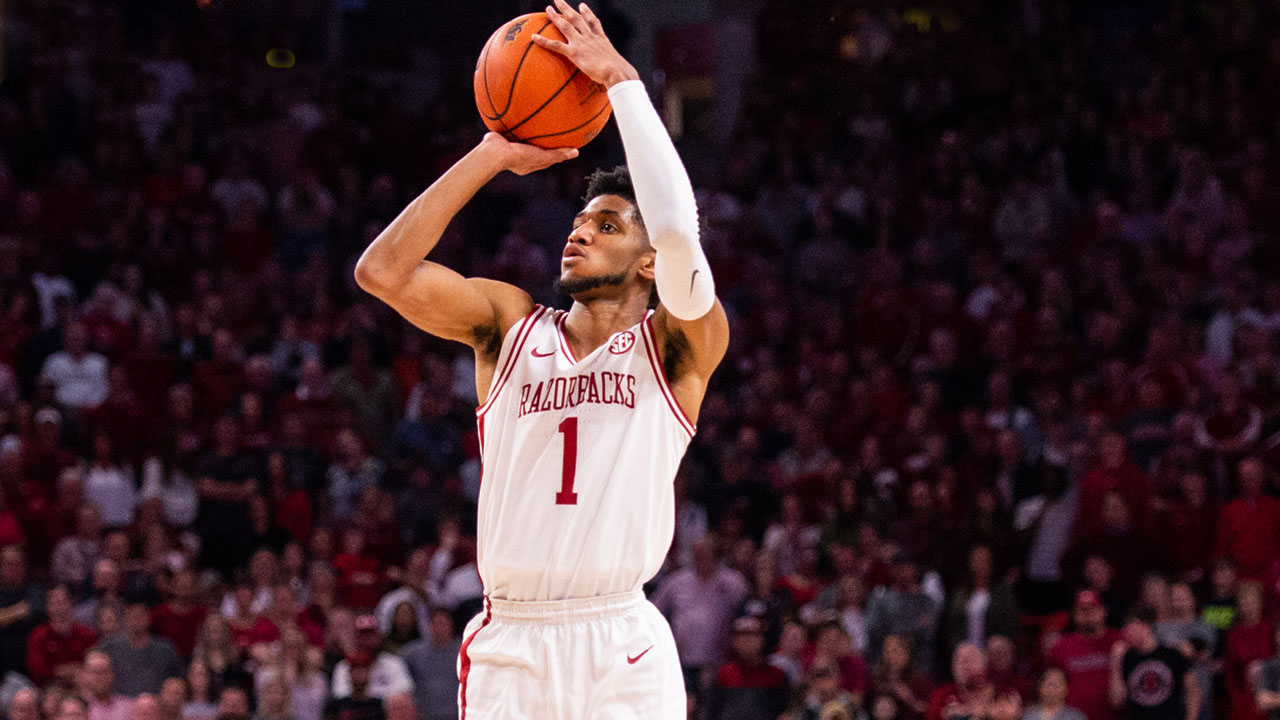 FAYETTEVILLE – Arkansas guard Isaiah Joe announced today that he will withdraw his name from the 2020 NBA Draft and return to the Razorbacks for his junior season. 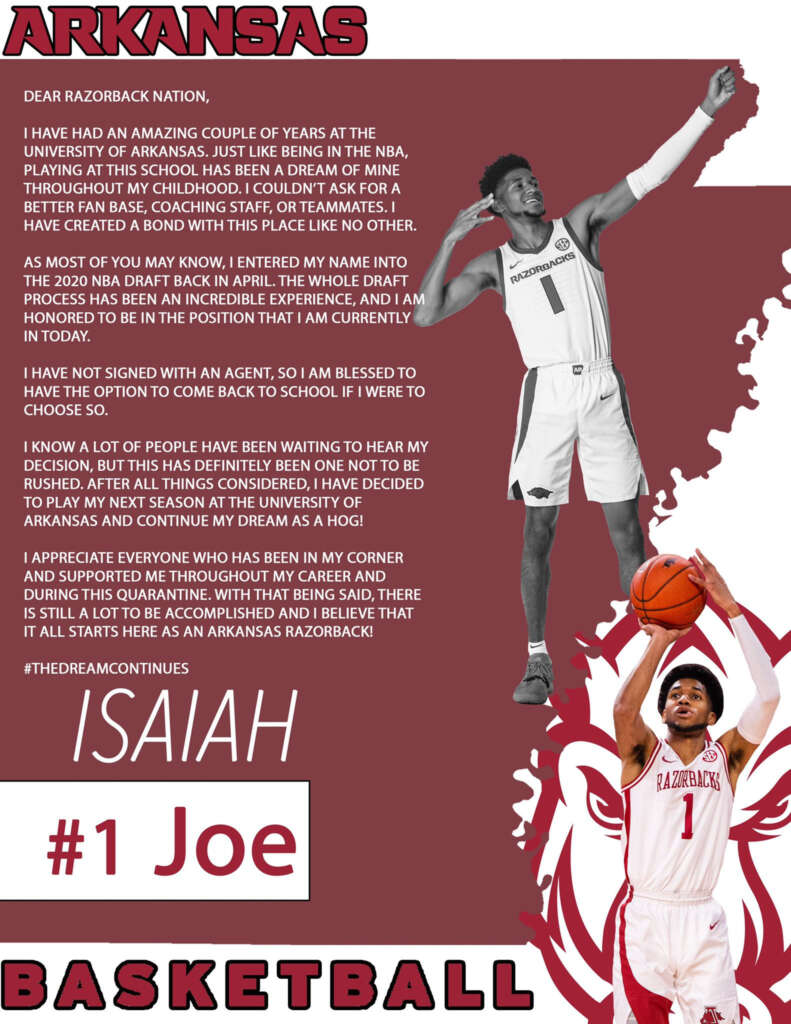 “We are so excited to have Isaiah back,” said head coach Eric Musselman. “He received incredible feedback from the NBA and got valuable experience with NBA interviews. We know how hard of a decision this was for Isaiah and his family. Zai’s goal is to have a long NBA career and we can’t wait to continue helping him reach his dream.”

Joe is a two-time United States Basketball Writers Association All-District VII selection and ranks seventh on the school’s all-time list for 3-pointers made with 207 – just 67 shy of second place in school history. (Pat Bradley owns the school record with 366 3-pointers made over four years from 1996-99.) Joe set a school record by making 113 treys in 2018-19 which tied the SEC record for most made by a freshman in a season and tied for fourth for most 3’s made by a freshman in NCAA history. His 94 triples last season ranks sixth in the school’s single-season list.

In addition to his offensive prowess, Joe has led the team in taking charges in each of the last two years (45 total) while leading the team in steals as a freshman (51) and ranking second on the squad last season (1.38 per game, 36 total).