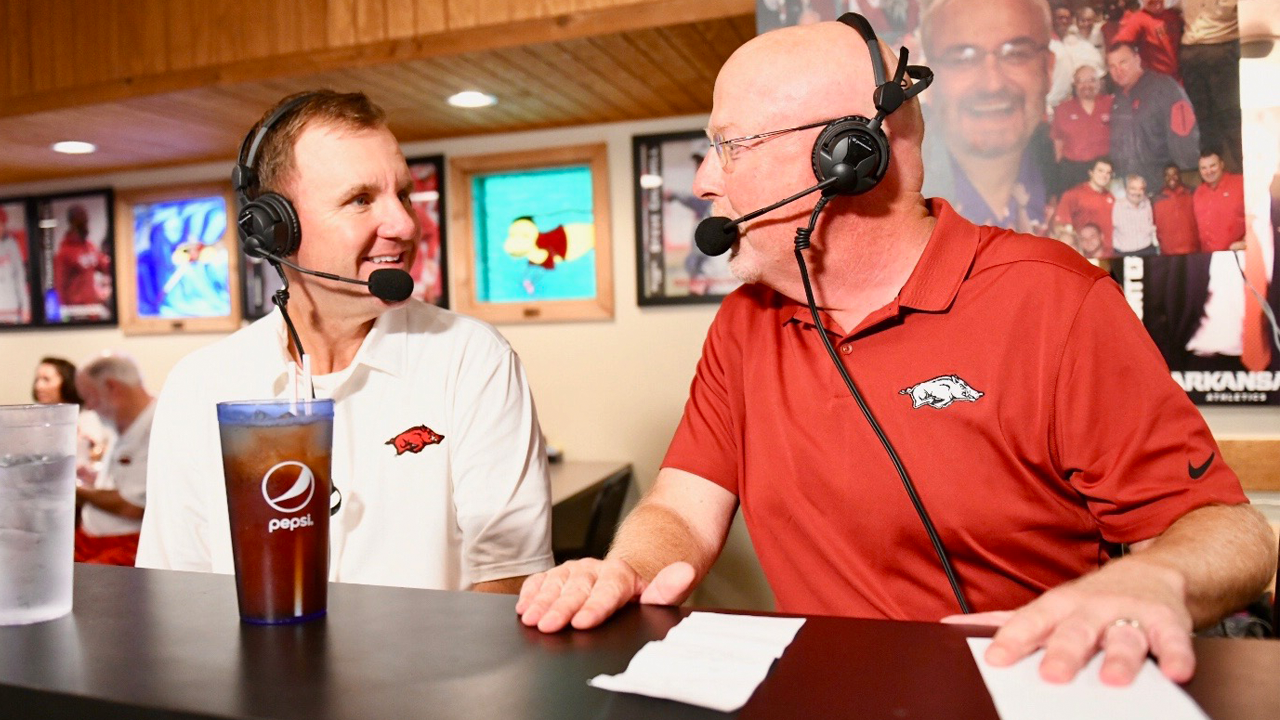 On The Air With Chad Morris: Auburn Week

FAYETTEVILLE, Ark. – “On the Air with Chad Morris,” Coach Morris’ weekly radio show presented by Lindsey and Westrock Coffee Company, will be live on Wednesday at 7 p.m. at the Catfish Hole to preview Auburn and recap week seven of the 2019 season. The fall’s eighth show will feature sophomore defensive back Joe Foucha (Foo-shay) and freshman wide receiver Trey Knox.

Foucha, a native of New Orleans, has started all six games this season at free safety, racking up 35 tackles, 20 solo, with three pass breakups. He is coming off a career-high 11-tackle performance last weekend at Kentucky for his first game with double-digit stops at Arkansas. He also has an interception and fumble recovery this season, coming against Portland State and Ole Miss, respectively.

Knox, from Murfreesboro, Tennessee, enters the weekend as Arkansas’ leading receiver in yards with 323, hauling in 23 passes and scoring twice. He’s led the team in either catches or receiving yards in three games this season, including a high of eight receptions vs. San Jose State and 90 yards against Colorado State. He leads all SEC freshmen in both catches and receiving yards, ranking seventh and eighth, respectively, in the categories among all FBS freshmen.