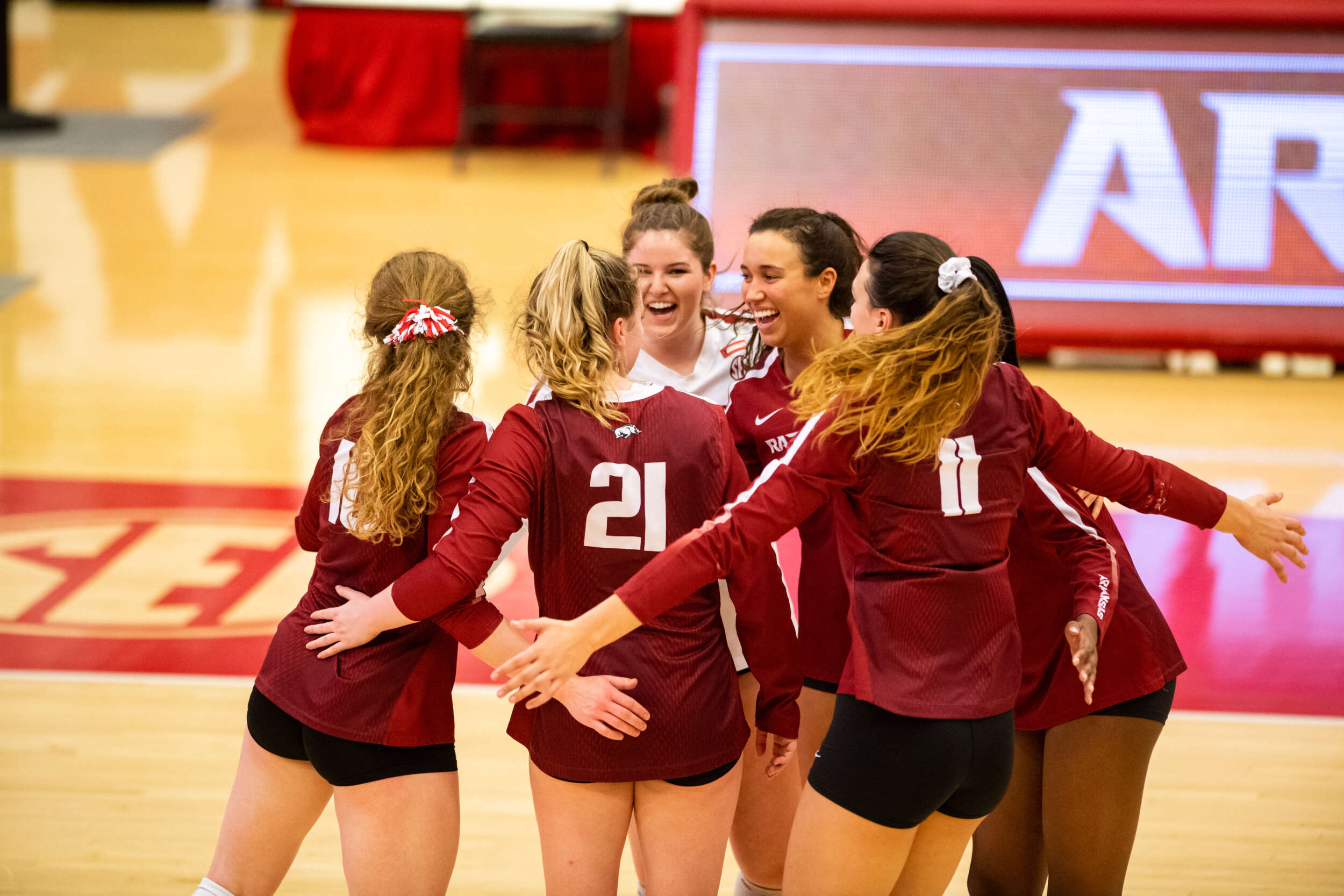 Razorback volleyball kicks off the program’s 26th season with the Arkansas Classic beginning August 27 as part of a 29-match campaign, including 13 home matches inside Barnhill Arena.

The 2021 version of the classic will feature the Louisiana Tech Bulldogs from Conference USA, and two in-state foes; the Little Rock Trojans from the Sun Belt, and the Arkansas-Pine Bluff Golden Lions from the SWAC.

The Razorbacks will hit the road for three invitationals, first traveling to Bozeman, Mont. (Sept. 2-4) to face Montana State, Utah State and Portland. The following week, the squad heads to the Tulsa Invitational in Tulsa, Okla. (Sept. 10-11) to face Tulsa, Oral Roberts and Stephen F. Austin.

The Hogs are 22-12 in non-conference matches under sixth-year Head Coach Jason Watson.

Coming off a strong conference-only 2020 season, Arkansas kicks off the 18-game SEC schedule with a home match versus LSU on Sept. 22. Following a bye-week, the Razorbacks visit the defending national champion Kentucky Wildcats for a two-match series beginning Oct. 22. The Hogs host 2020 SEC runner-up Florida in a two-match tilt on Nov. 11-12.

The conference season includes nine home matches, three of which are against 2020 NCAA tournament teams – Missouri and Florida twice.

The Razorbacks have a preseason test in an exhibition match at Barnhill Arena against the Missouri State Bears slated for Aug. 21.

Season tickets for the 2021 Arkansas volleyball season are now on sale and can be purchased by clicking HERE or calling the Razorback Ticket Center at 479.575.5151.