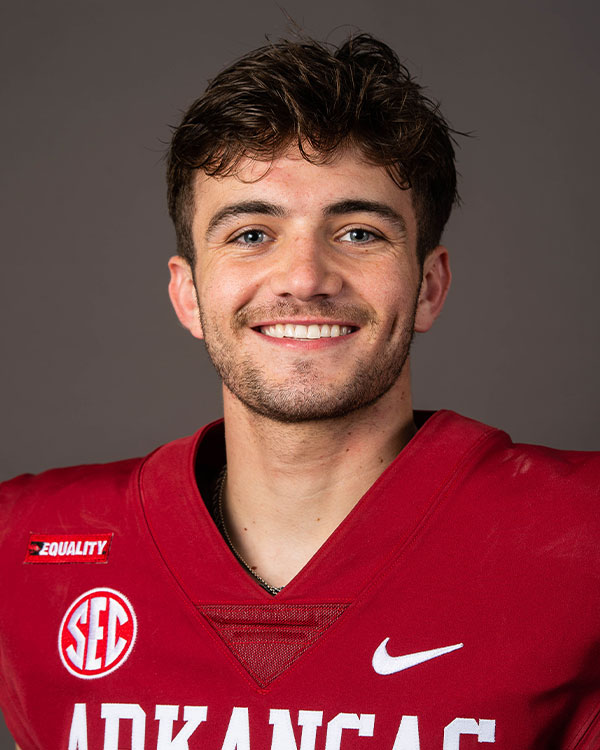 PRIOR TO ARKANSAS: Spent the 2020 season at Ole Miss and did not appear in any games … Moved from quarterback to wide receiver at the start of fall camp.

HIGH SCHOOL: Ranked as a three-star prospect by 247Sports and ESPN … Tabbed as the No. 27 pro-style quarterback in the nation by 247Sports, coming in as the 109th-rated player in the state of Texas … Listed as the nation’s No. 44 pocket passer by ESPN … Passed for 2,372 yards with 17 touchdowns as a senior … Completed 59.3 percent of passes, averaging 215 yards per game … Also carried the ball 91 times for 211 yards … Registered 1,840 passing yards and 17 touchdowns during junior season … Earned first team 5-4A all-district honors in 2018 … Led the Yellow Jackets to back-to-back bi-district titles … Earned MVP honors at the Elite 11 Houston Regional … Out of high school, chose Ole Miss over offers from Florida State and UCF … Coached by Sterling Doty.