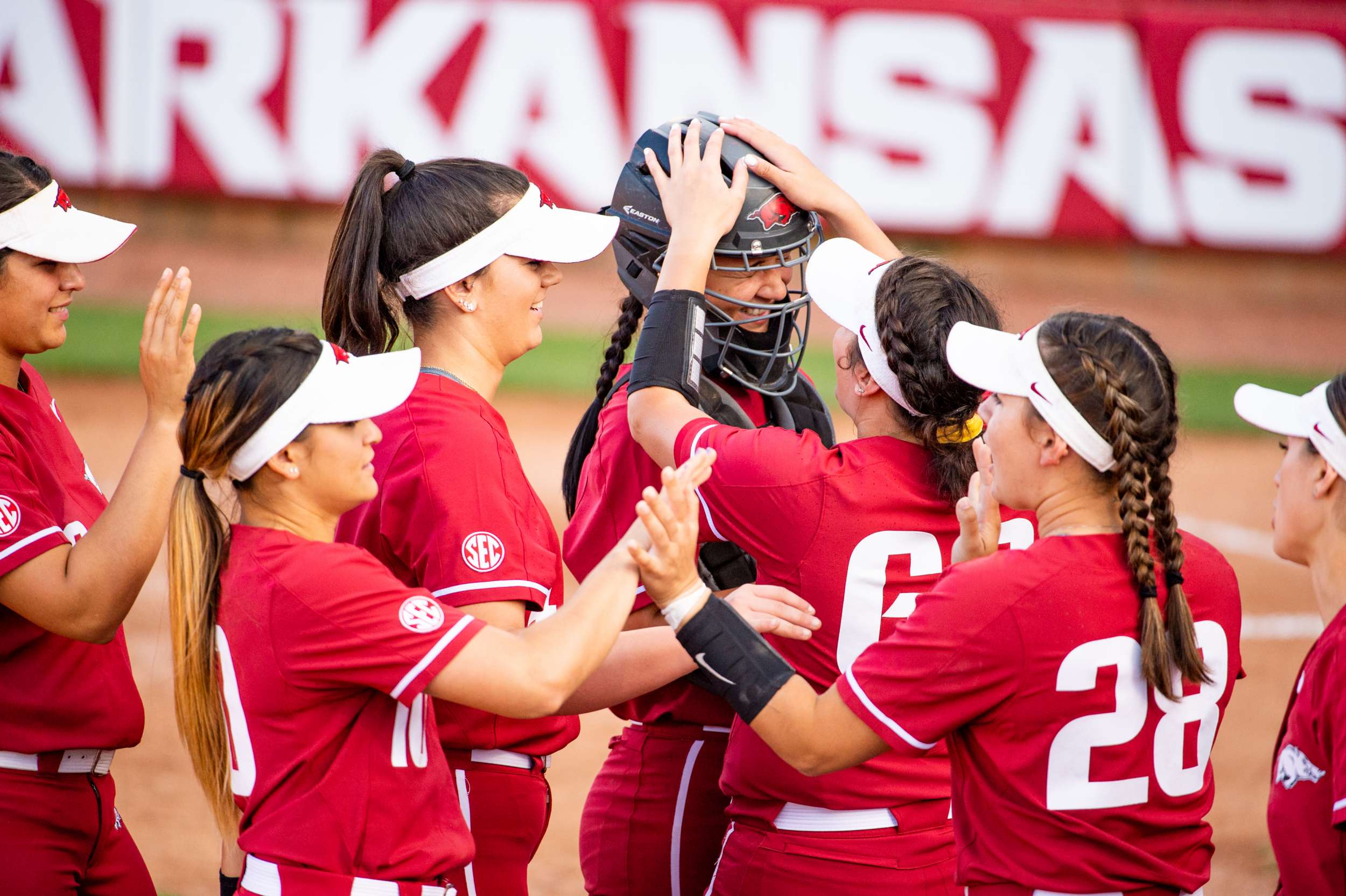 COLLEGE STATION, Texas – ‘Twas the night before the SEC tournament, and the University of Arkansas softball team had arrived in College Station, Texas with its sights set on Georgia and game one of the post-season.

Arkansas (38-17, 12-12) finished SEC regular season at .500 for the second consecutive year, tying four other teams for sixth place in the conference rankings. The Razorbacks earned a ninth seed and will face the eighth seeded Georgia Bulldogs in the first round of the SEC tournament on Wednesday afternoon at 5:30 pm (CT).

The Razorbacks are heading into the week after an impressive showing against then No.23 Auburn. Arkansas swept the home series, outscoring the Tigers 13-3 over the three-game weekend. Senior Ashley Diaz hit the go-ahead home run in the bottom of the first inning to help the Hogs complete the sweep and junior Autumn Storms held it down in the circle for the Razorbacks. Storms pitched 13 total innings, seven of which included a complete game shutout of Auburn in game one.

Storms has been strong for Arkansas all season. She currently holds a team-best and career-high 1.54 ERA,  ranking fifth in the SEC. She is among the top five pitchers in the league in strikeout-to-walk ratio, strikeouts, and victories as well. Arkansas can rely on Storms to not give up many free bases; with only 28 walks in over 180 innings pitched, she ranks first in the SEC in walks allowed per seven innings.

The Razorbacks have had no problem backing up Storms with some good play at the plate as well, and it all starts with the leadoff hitter, Hannah McEwen. McEwen has started in all 55 games so far this season, reaching base in all but five games this season. She heads into SEC Tournament play as one of the most consistent hitters in the league, topping the conference in hits with 72 and ranking fourth in batting average (.402).

All-time against the Bulldogs, Arkansas is 19-37, including a key win at last year’s SEC Tournament when the Razorbacks defeated Georiga 8-3 to advance to the semi-finals. Georgia concluded the regular season hosting the Ole Miss Rebels over the weekend, securing the Bulldogs’ first sweep of SEC play and fifth series win of the conference slate.