It seems like a long time ago since we have had the opportunity to enjoy the excitement of Razorback Athletics. After a hiatus of more than four months, we are all looking forward to the day when our 465+ student-athletes can return to the playing fields and courts to represent our University and the entire state of Arkansas.

Little did we know in mid-March as the men’s basketball team won its opening round game at the SEC Basketball Tournament and Coach Dave Van Horn earned his 700th career win at Arkansas that the final hours of a shortened 2019-20 athletics year were upon us. After all, the women’s basketball team was awaiting its bid to the NCAA Tournament, our gymnastics team was preparing for Senior Night and our men’s and women’s track and field programs were set to take the track in New Mexico to compete at the NCAA Indoor Track and Field Championships.

Then suddenly, the world of intercollegiate athletics stopped and we turned our focus to a shared foe – a pandemic that continues to test our will both individually and collectively. The next few weeks and months will help define what our future will look like in the year to come. We are hopeful that very soon, we will be able to gather again to support our student-athletes and Call the Hogs together.

However, even as we face daunting challenges ahead, it is important that we take a moment to look back and celebrate the tremendous accomplishments of our program in what proved to be an abbreviated athletics year.

From the classroom to the field, our community and throughout the world, the accomplishments of our student-athletes, coaches, fans and former Razorbacks were truly extraordinary in our quest to meet our mission of Building Champions and Razorback for Life. I want to invite you to join us this week as we take a look back at what we accomplished together as ONE Razorback last year.

Beginning tomorrow, our “20/20 Look Back” series will kick off here on ArkansasRazorbacks.com and across our social media platforms. I hope you will take an opportunity to check in each weekday to celebrate the phenomenal year that was 2019-20.

If you miss one, don’t worry. You can visit the website to see previous topics throughout the series. There is so much to celebrate. So please plan on joining us as we reflect on a tremendous year of Razorback Athletics.

The 2019-20 athletic year featured many memorable moments. Whether it was the joy of championship celebrations, the emotional dedication of Nolan Richardson Court at Bud Walton Arena Court or the countless moments before and after, longtime Razorback photographer Walt Beazley and his team were there to capture it all. As we celebrate the year that was, we look back at the iconic moments that helped define the year for Razorback Athletics. 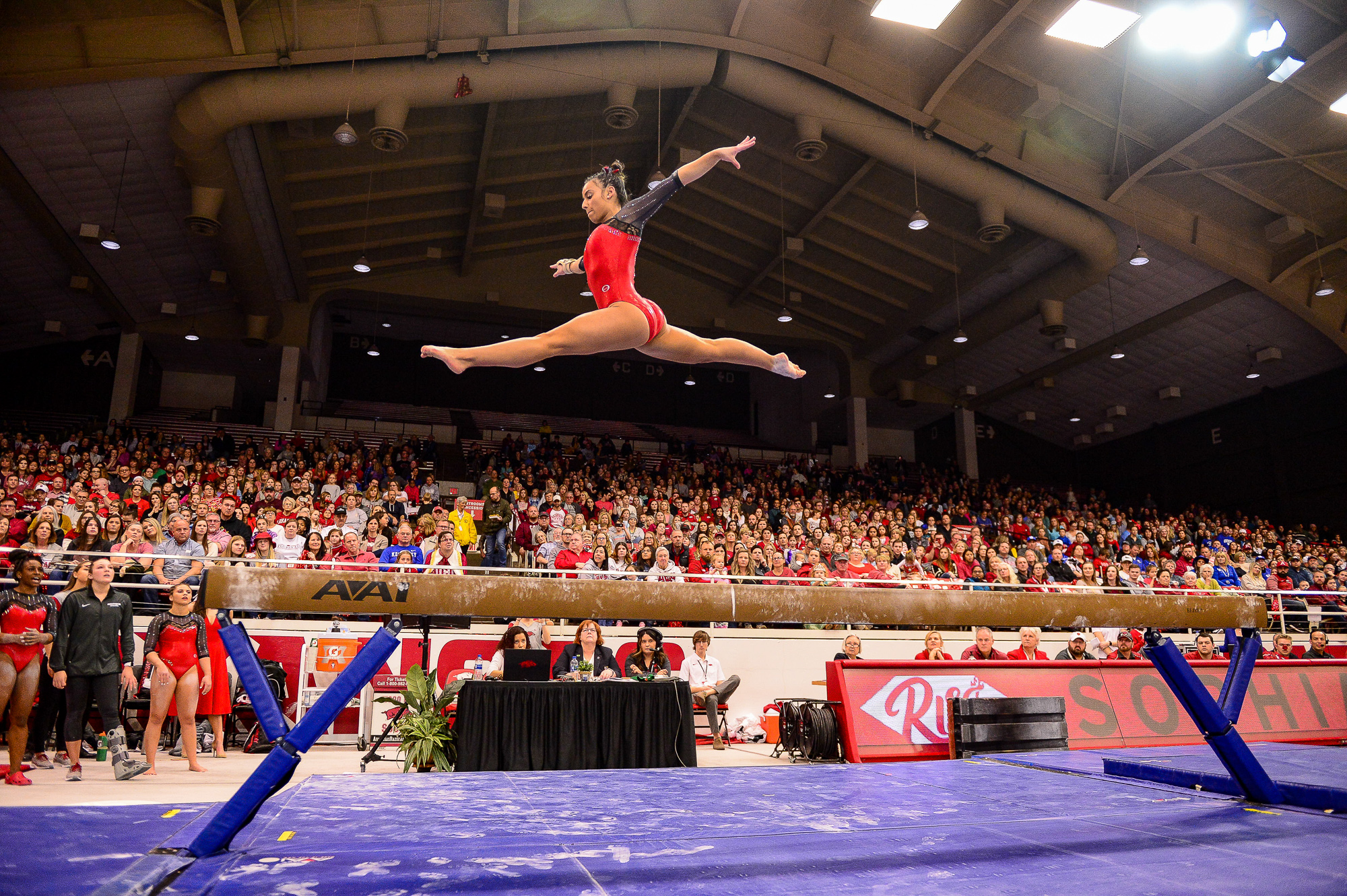 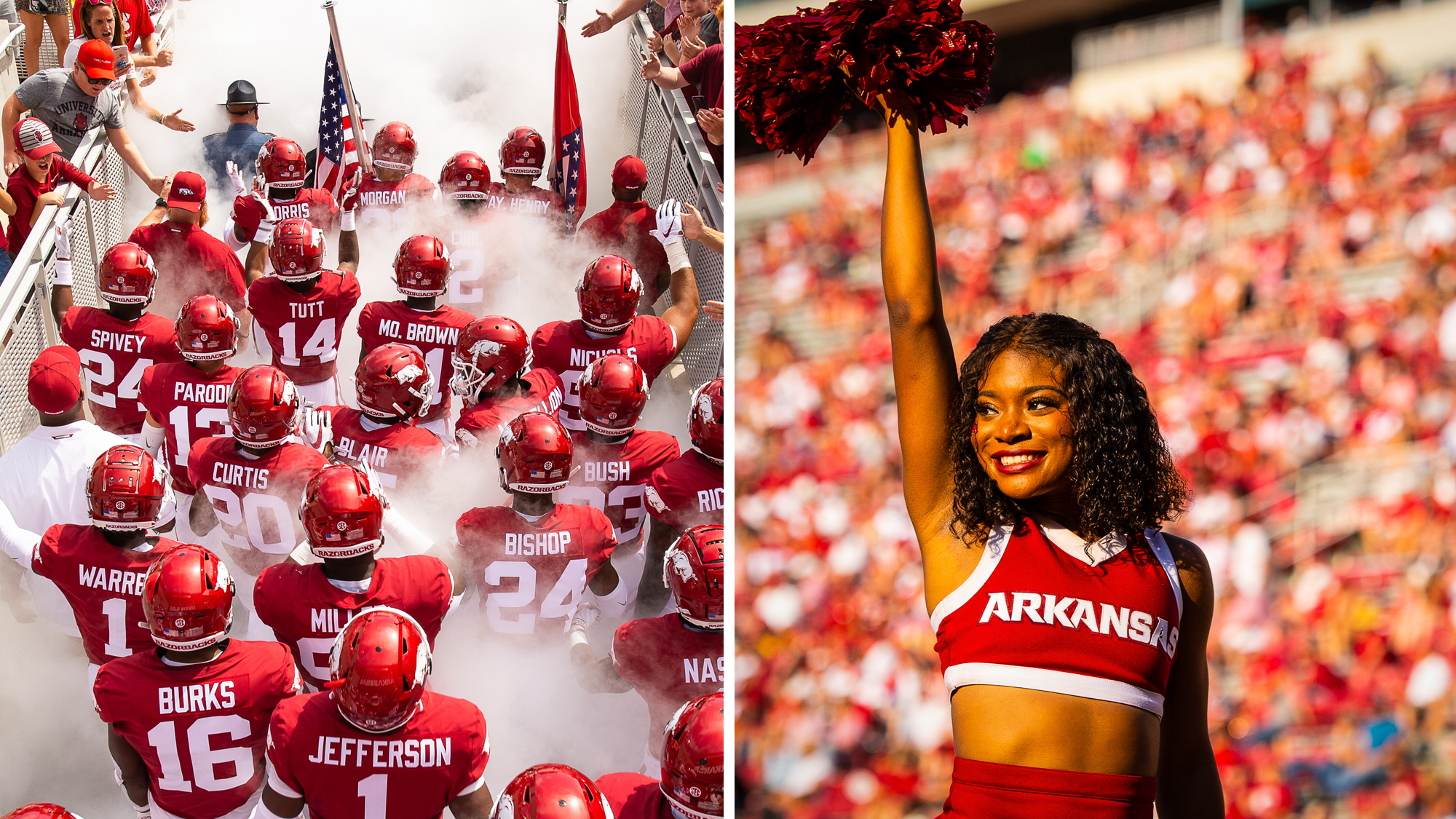 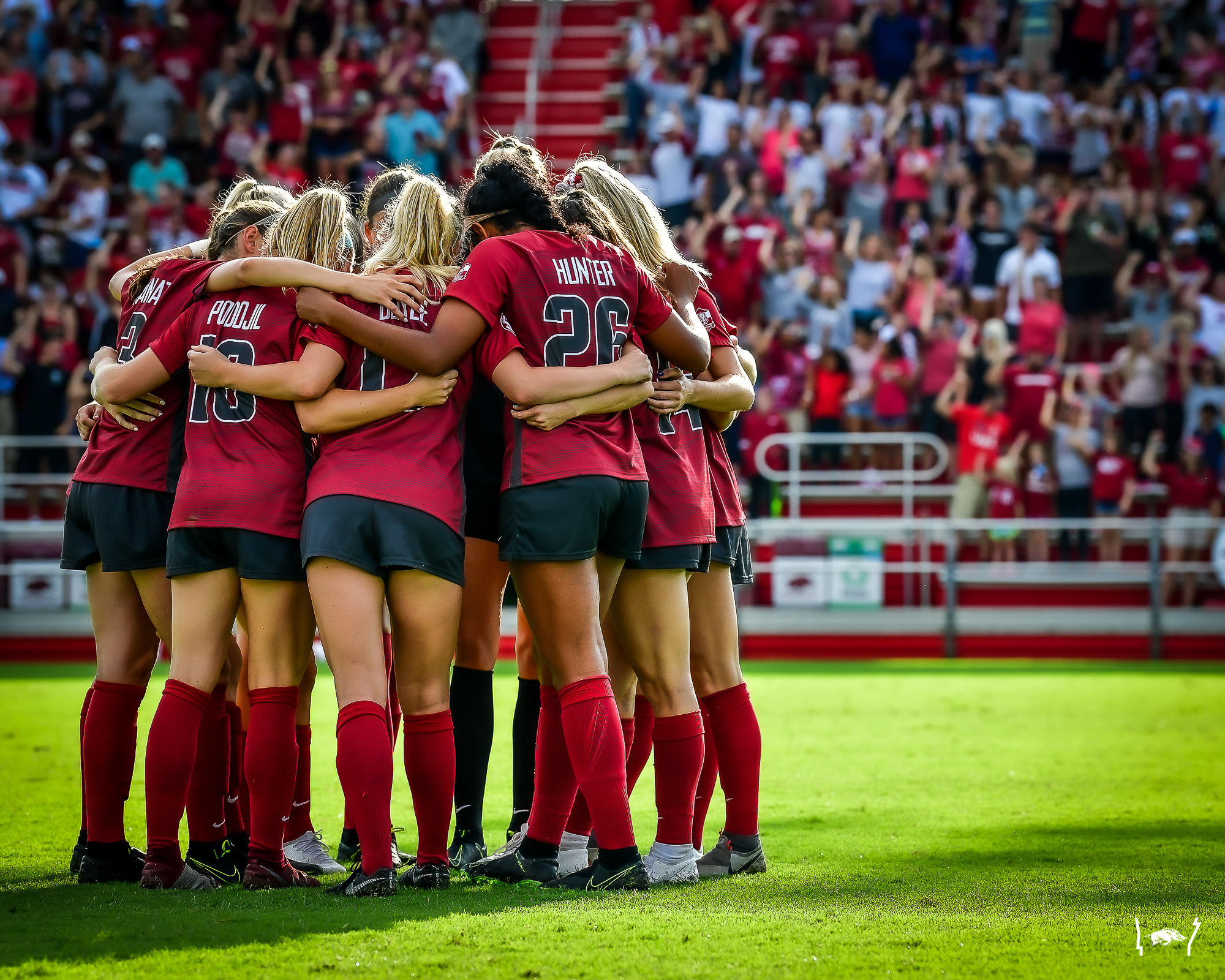 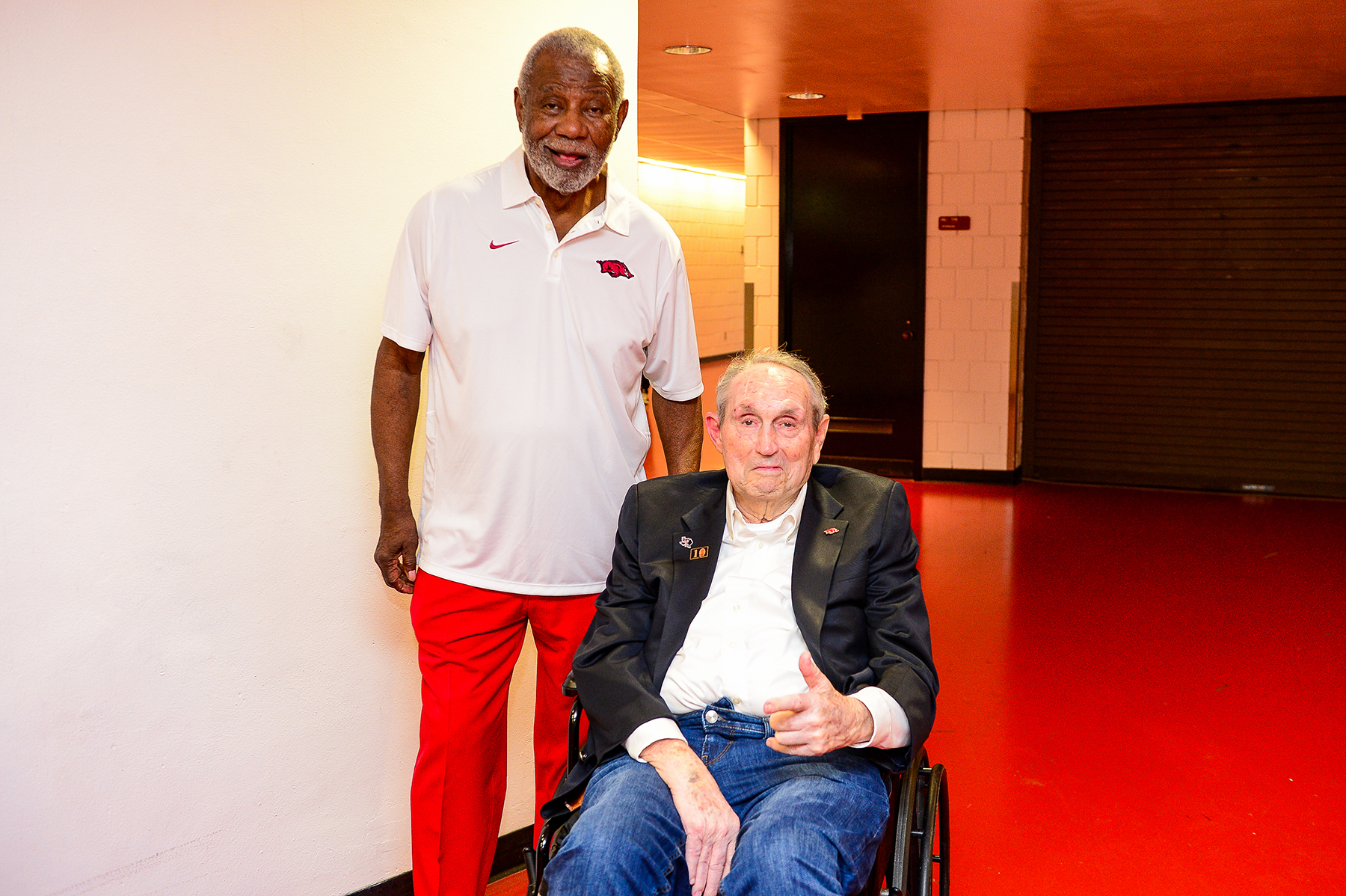 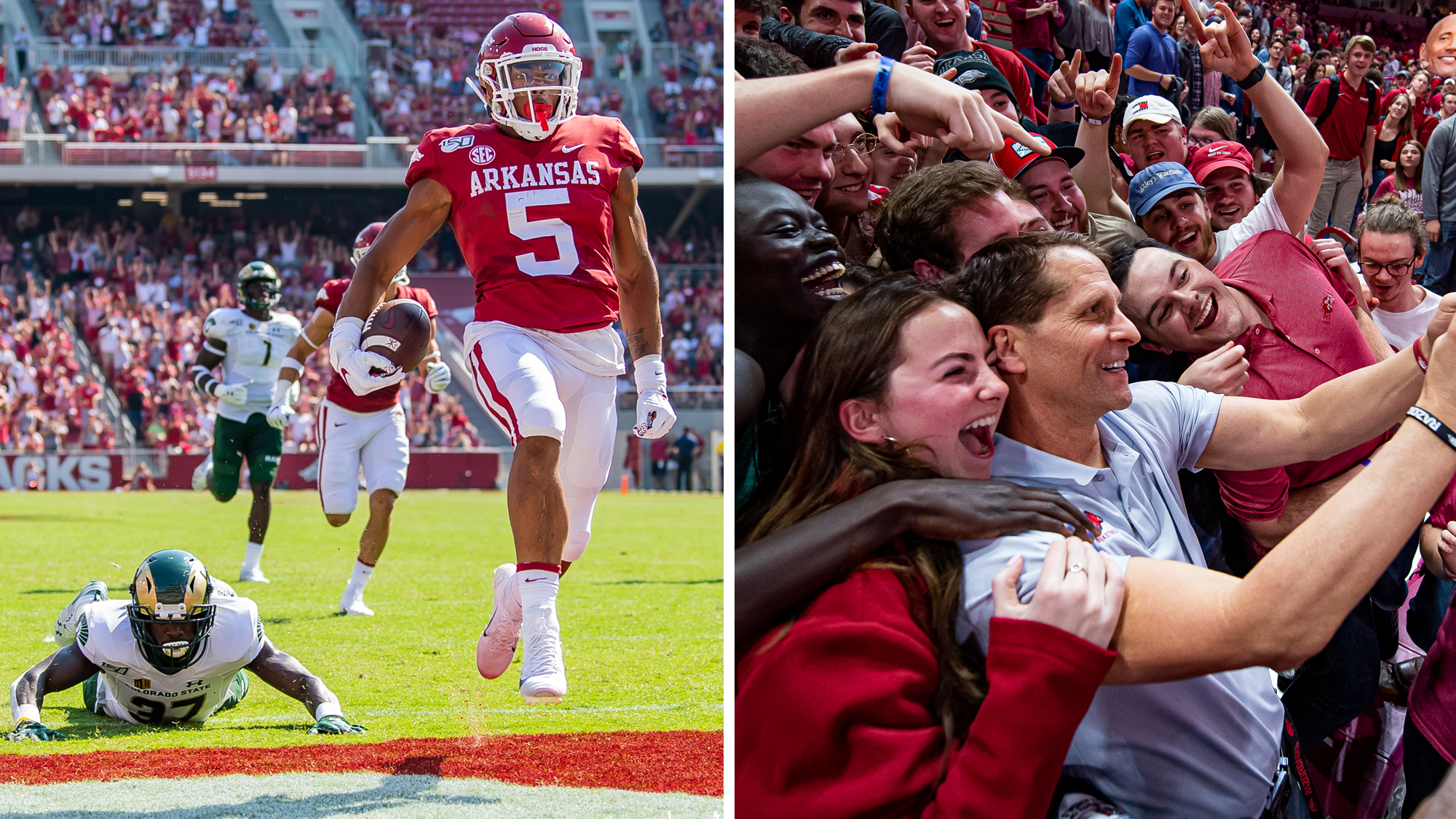 1. The ONE Razorback Fund was launched to generate support from EVERY Razorback alumnus, friend, family member and Hog fan. 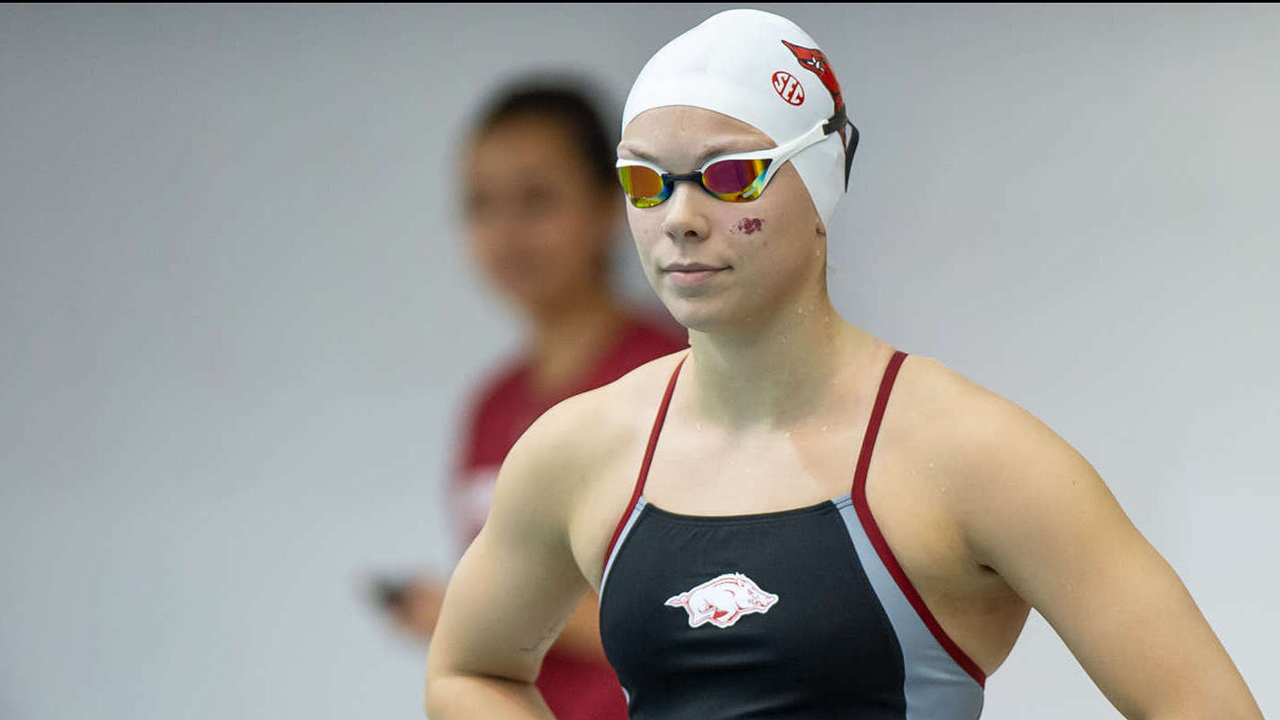 4. Razorback Soccer advanced to the SEC Tournament Championship Game for the 4th year in a row in 2019. 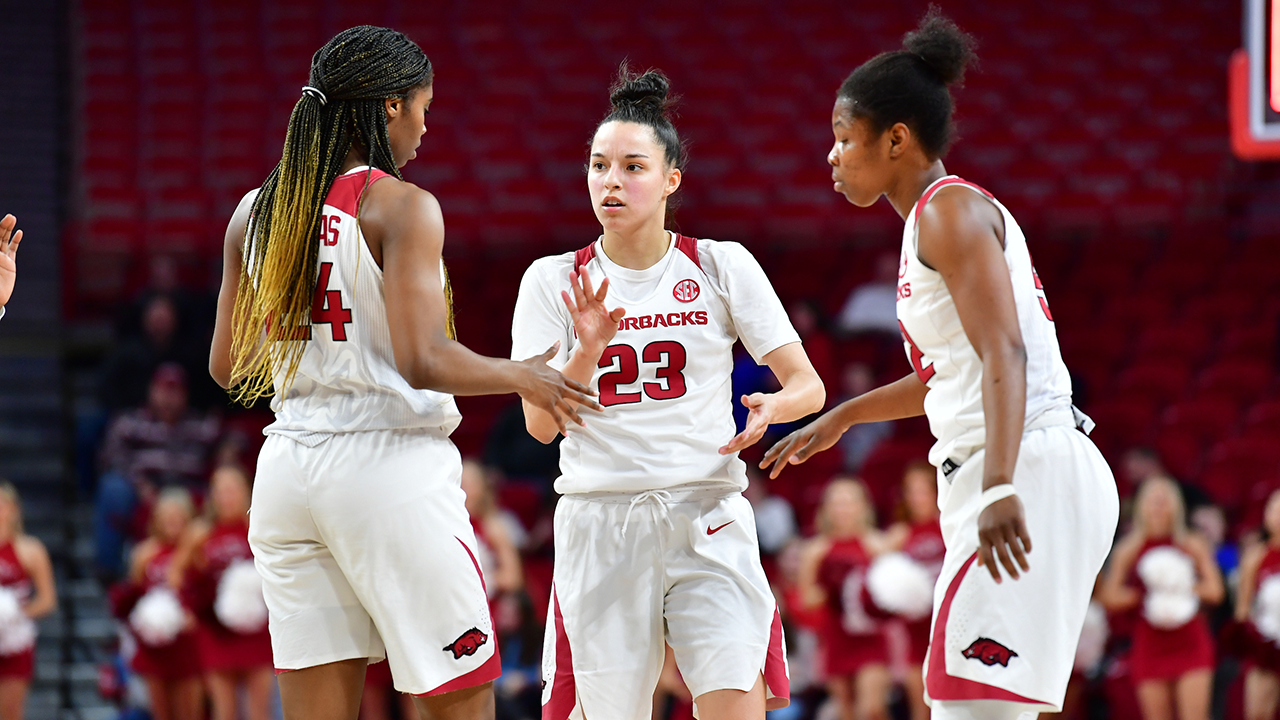 15. For the first time, Arkansas earned a perfect score of 15 points (top 5 finishers) in winning the NCAA South Central Cross Country Regional. The Razorbacks would go on to win their first NCAA Cross Country title. 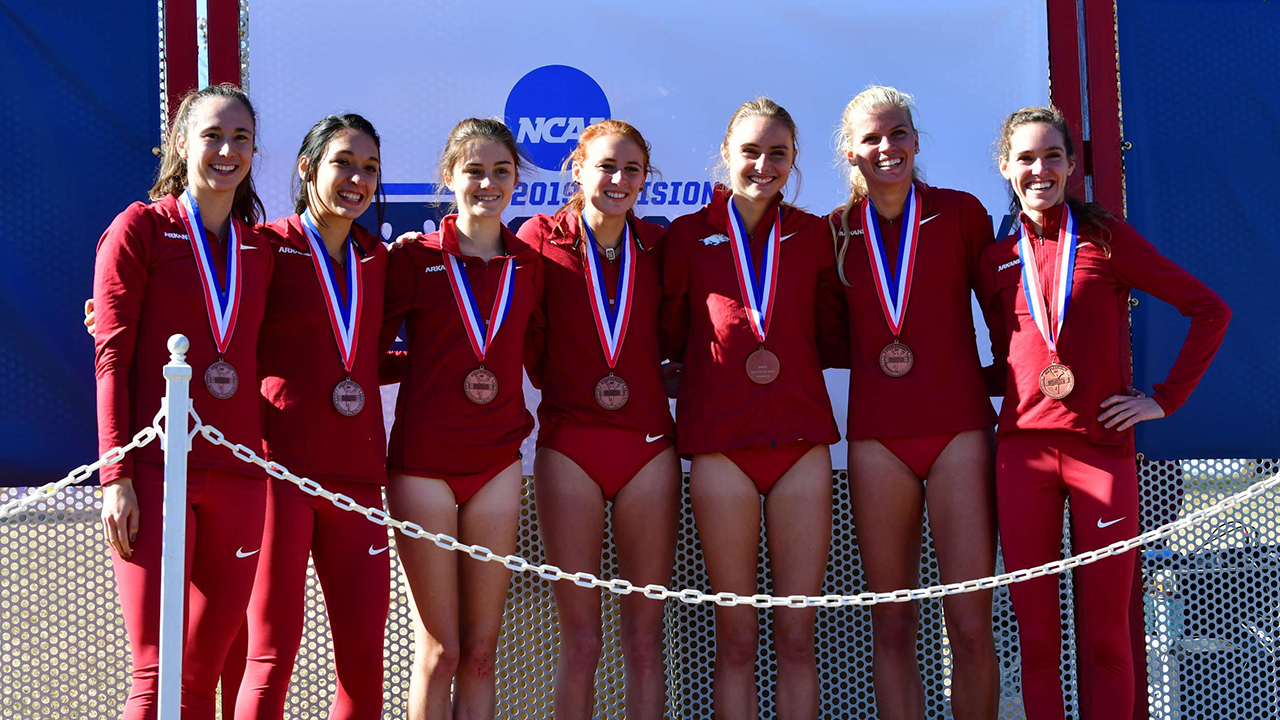 20. Arkansas earned its first softball win at Alabama in 20 years with a 1-0 win over the Crimson Tide in the 2020 SEC opener. 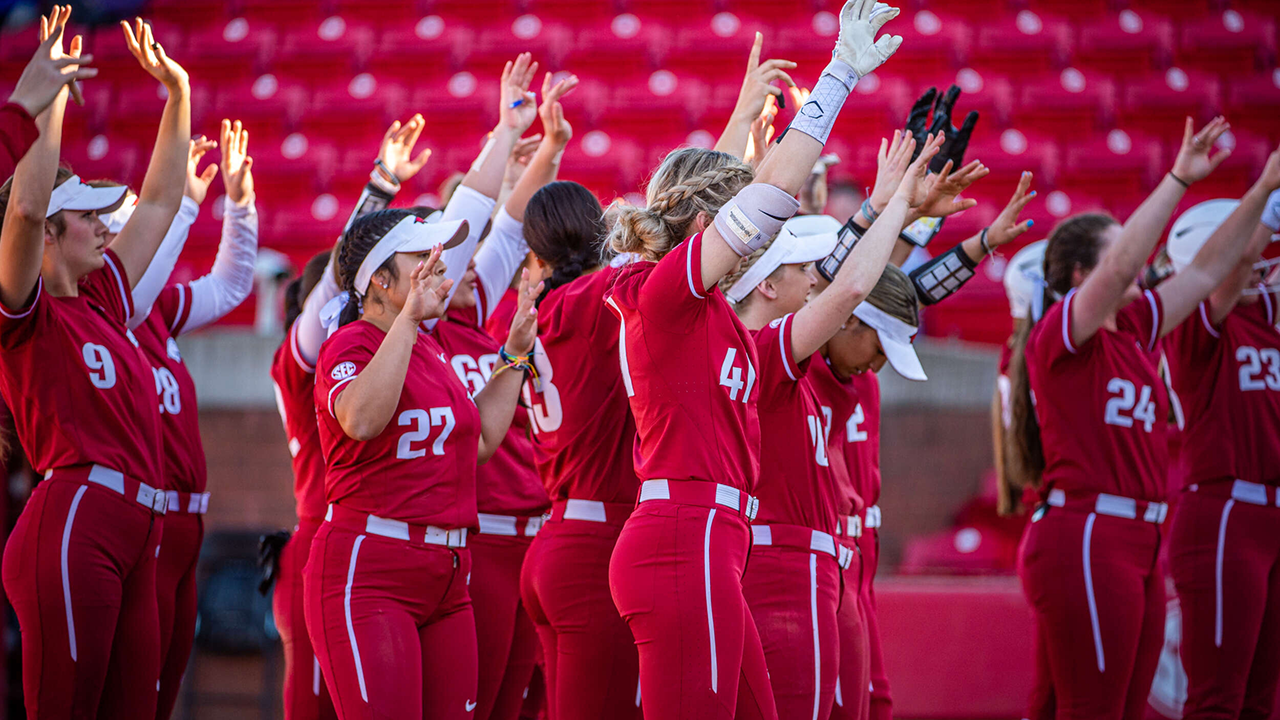 24. Arkansas was ranked No. 24 in the final IMG-Learfield Sports Directors’ Cup Fall Standings

42. The Razorback Foundation includes members from 42 states and the District of Columbia as well as members from all 75 counties of Arkansas. 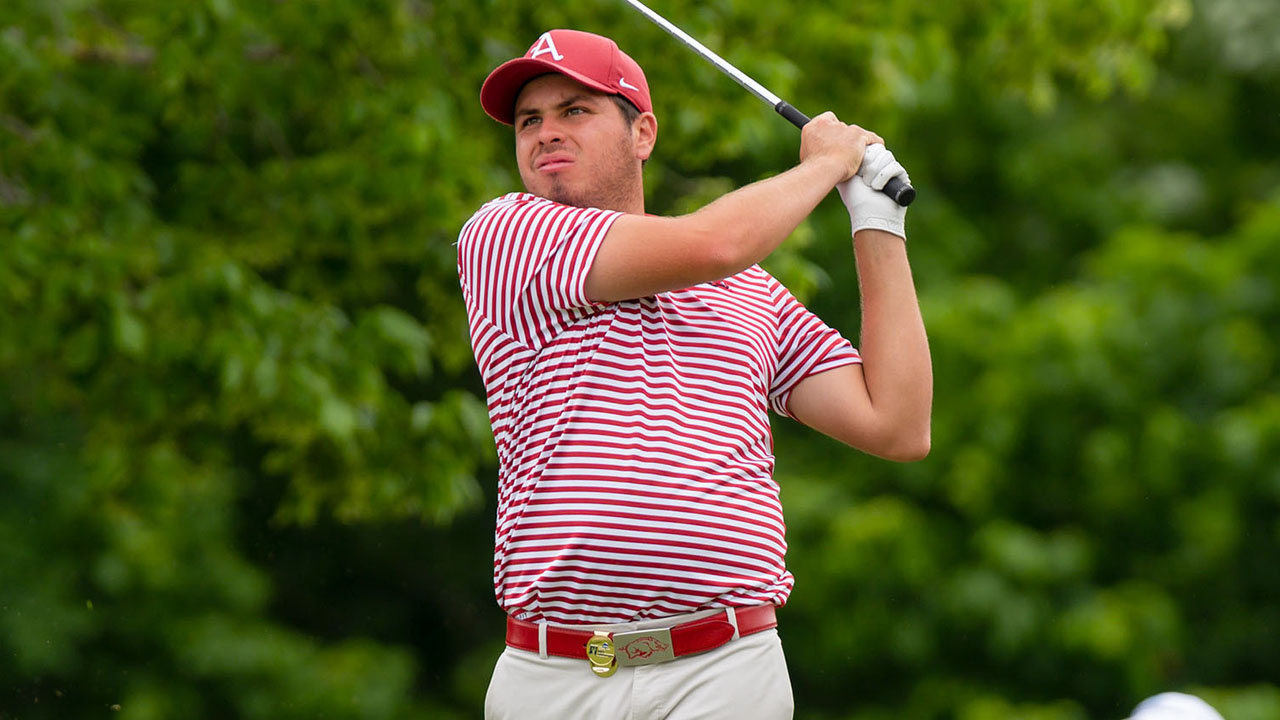 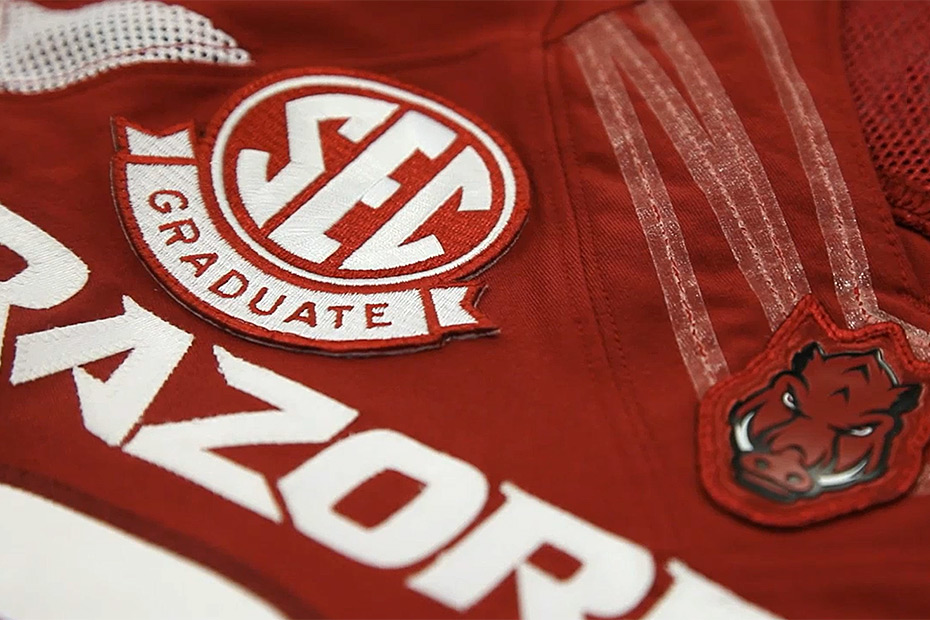 100. Razorback Athletics has averaged more than 100 graduates for the past five years.

106. The Razorback Men’s Track and Field Team won the 2020 SEC Indoor Track & Field Championship with 106 points. It was the 23rd SEC indoor title in program history. 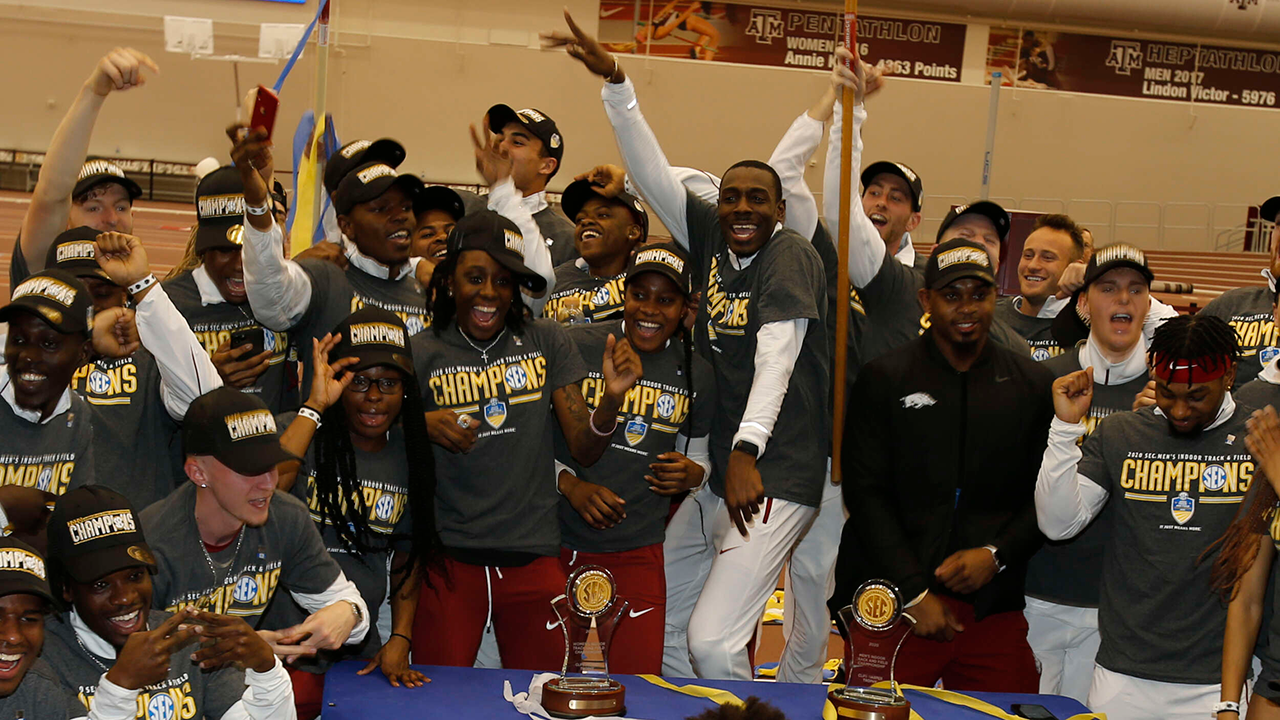 347. The men’s basketball team set a school record with 347 free throws made in SEC games.

938.5. Program Average Multiyear APR Rate of 983.5 was more than 53 points above the APR benchmark standard

116,387. A total of 116,387 fans attended games at Baum-Walker Stadium in an abbreviated 2020 season, a mark that ranked the Razorbacks second in the nation in attendance. 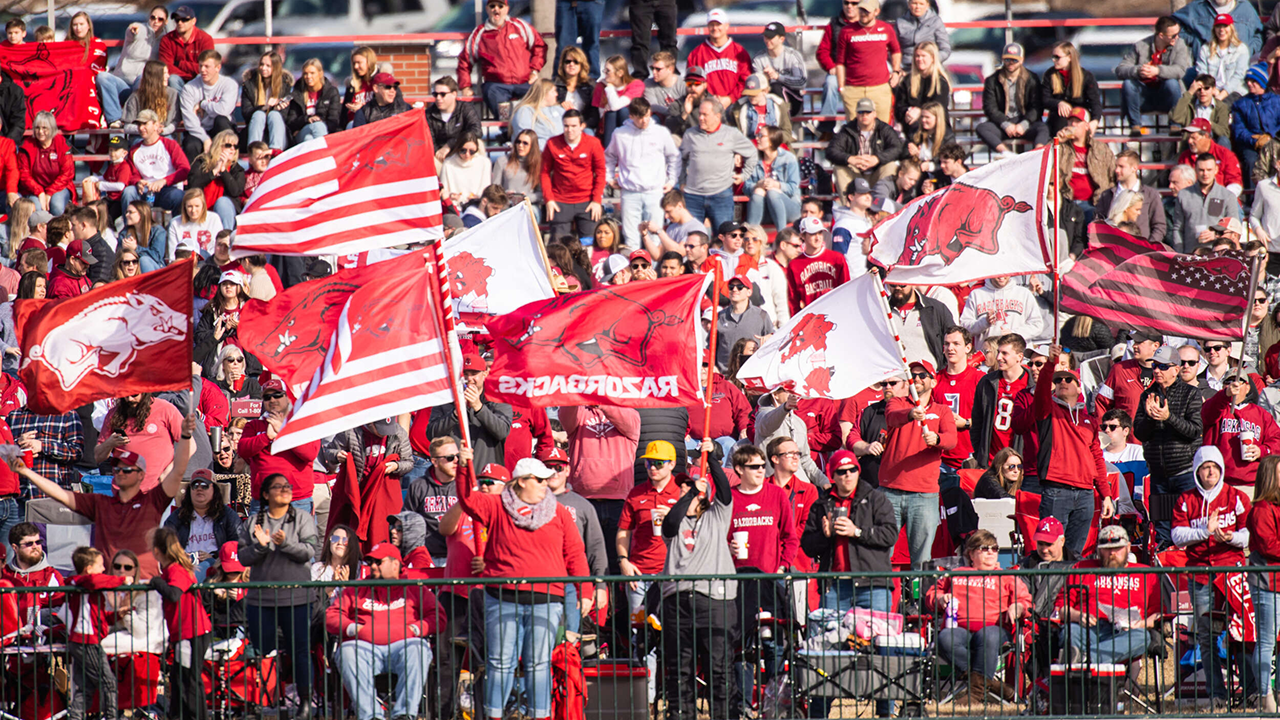 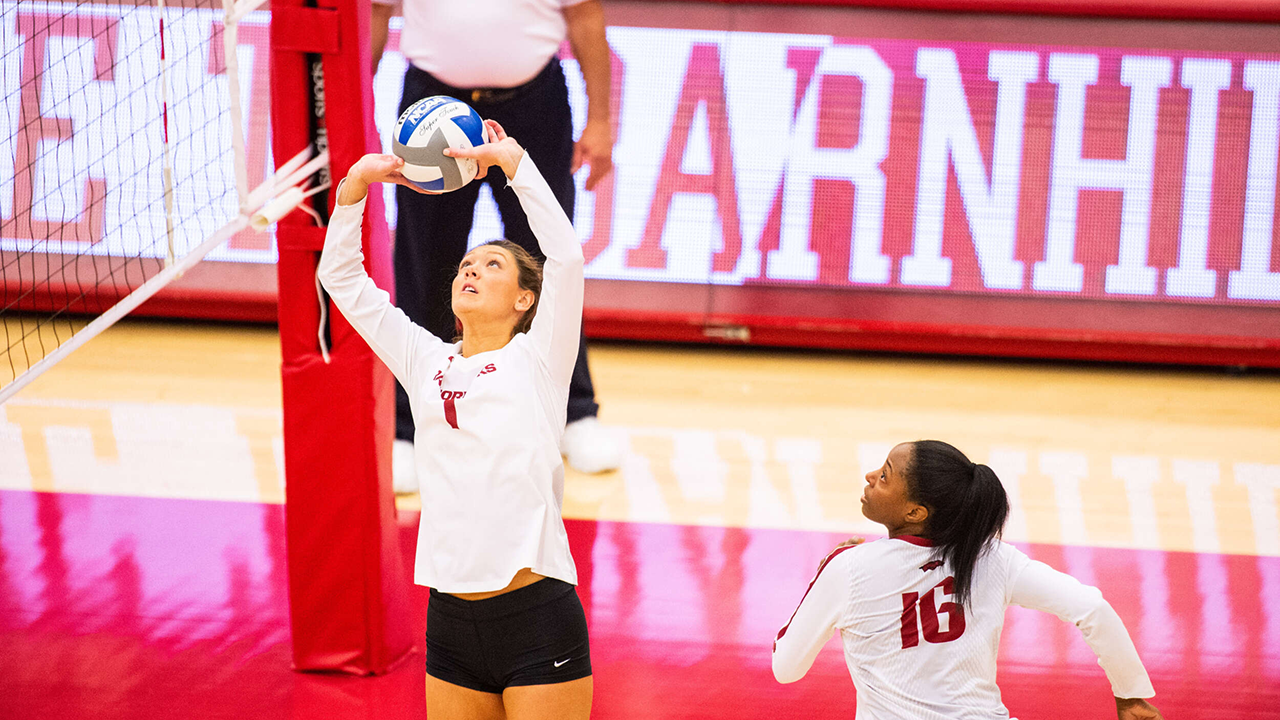 BEST OF SIGHTS AND SOUNDS

B: Junior running back Rakeem BOYD became the first Razorback football player since 2016 to rush for 1,000 or more yards in a season. Boyd returned to Arkansas for the 2020 football season. 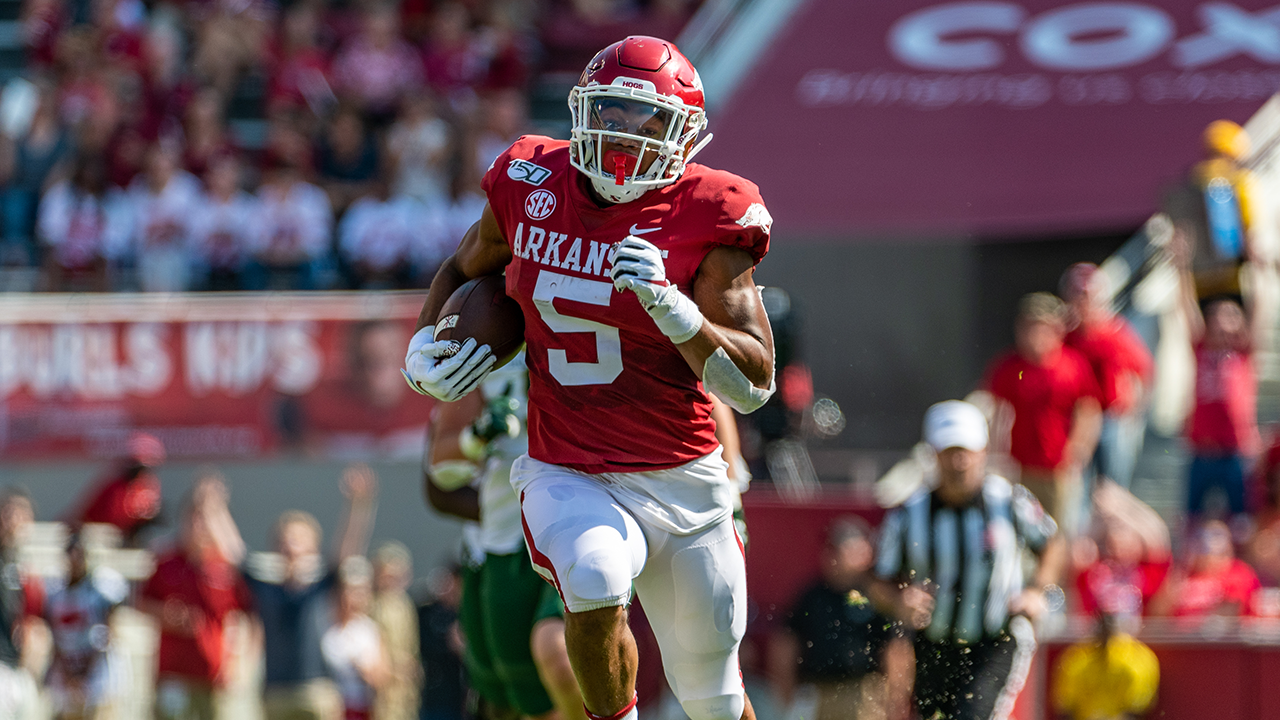 C: The Razorback Foundation launched the CARDINAL & White Society, a philanthropic society to support facility construction and renovations, student-athlete development opportunities, scholarships and other operations of the Athletic Department designed to enhance the student-athlete experience.

G: A total of 107 Razorback student-athletes were eligible for commencement as GRADUATES of the University of Arkansas. 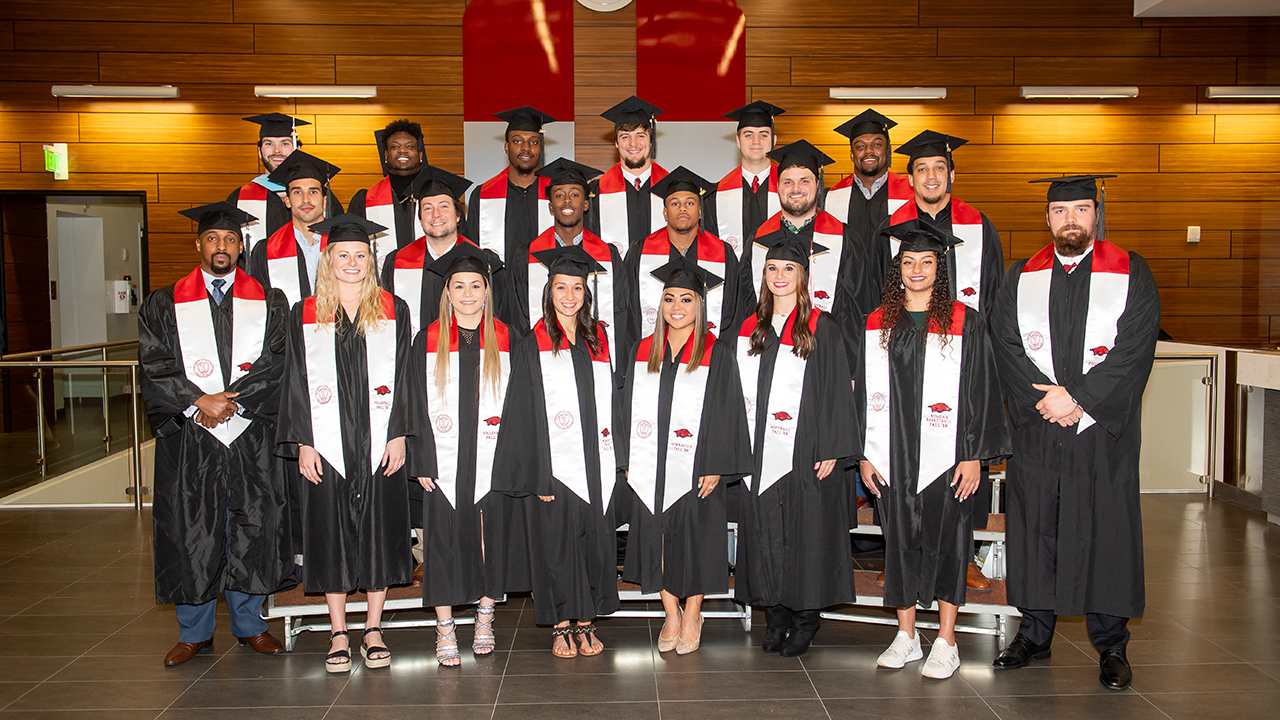 I: Razorback Athletics INVESTS approximately $70,000-$85,000 in support of every scholarship student-athlete each year. 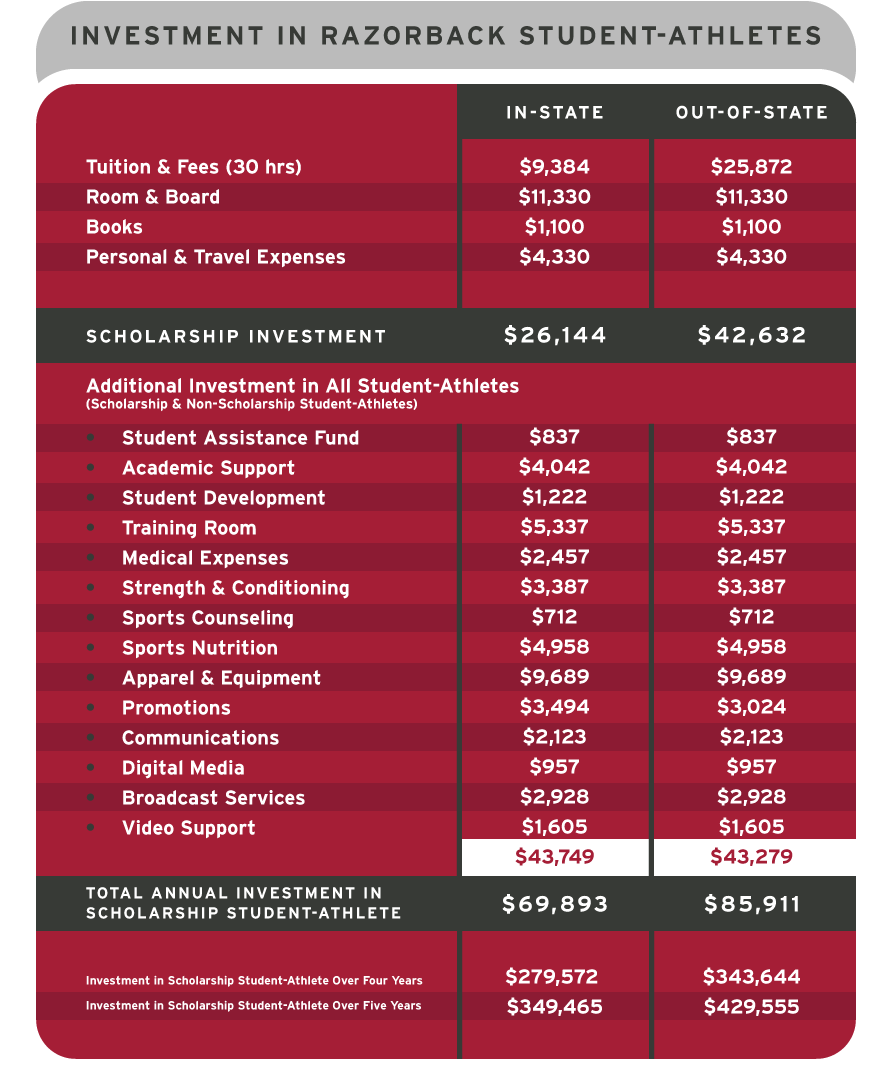 K: Heston KJERSTAD was selected with the No. 2 overall pick in the MLB Draft by the Baltimore Orioles. Kjerstad was the highest Razorback MLB draft pick since Jeff King was selected No. 1 overall in 1986. 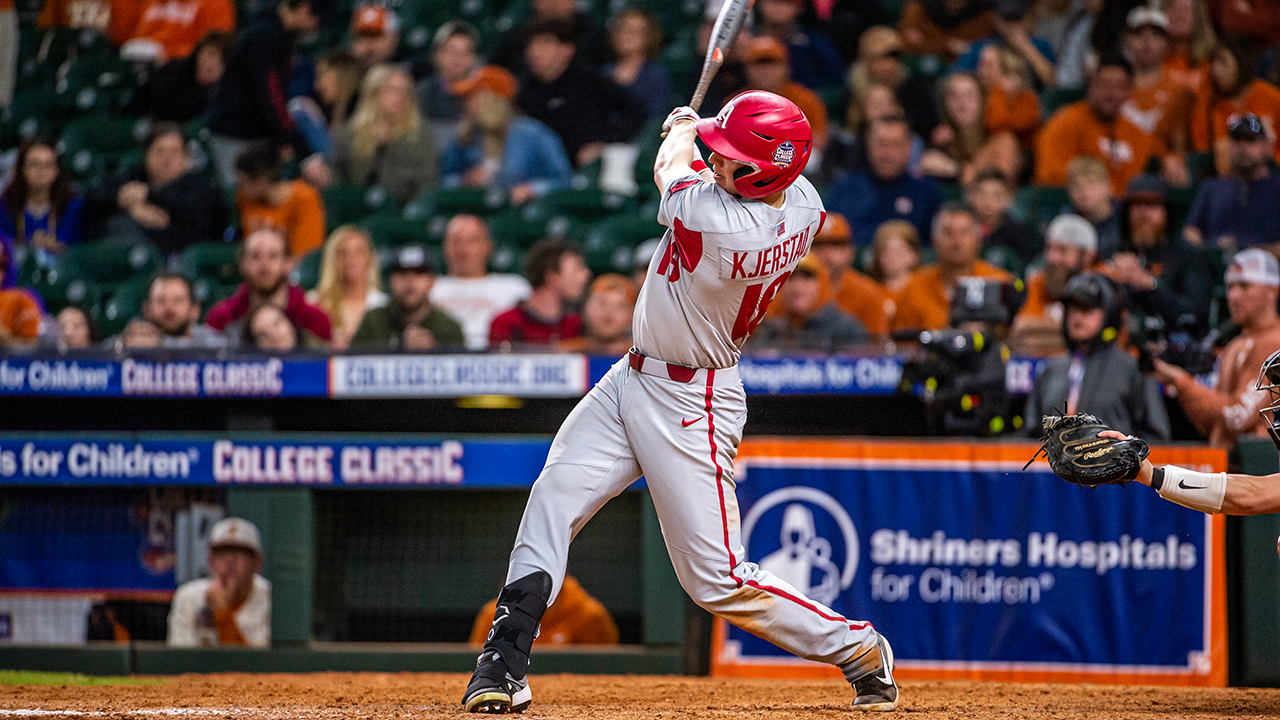 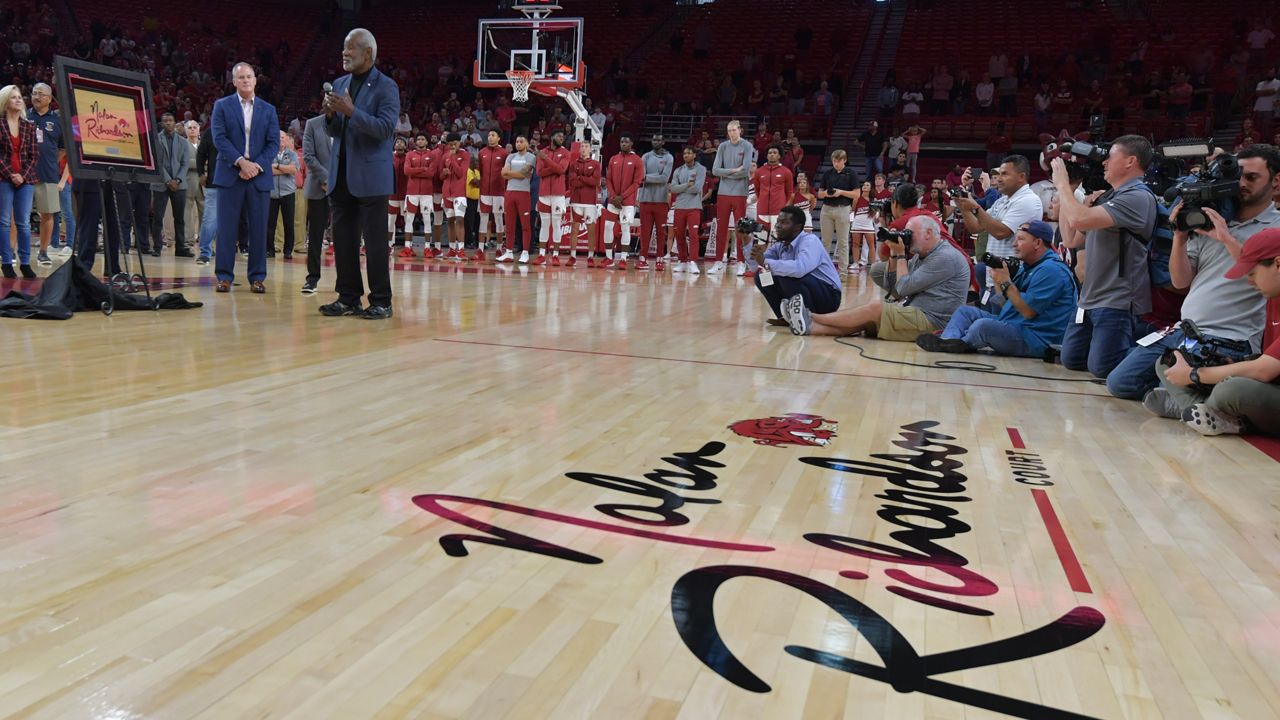 Q: Arkansas had racked up a total of 22 QUALIFIERS (11 men, 11 women) for the NCAA Indoor Track and Field Championships, before the event was cancelled due to the pandemic.

R: A new RAZORBACK Career READY website was created to provide student-athletes resources to assist them in preparing for life after graduation. 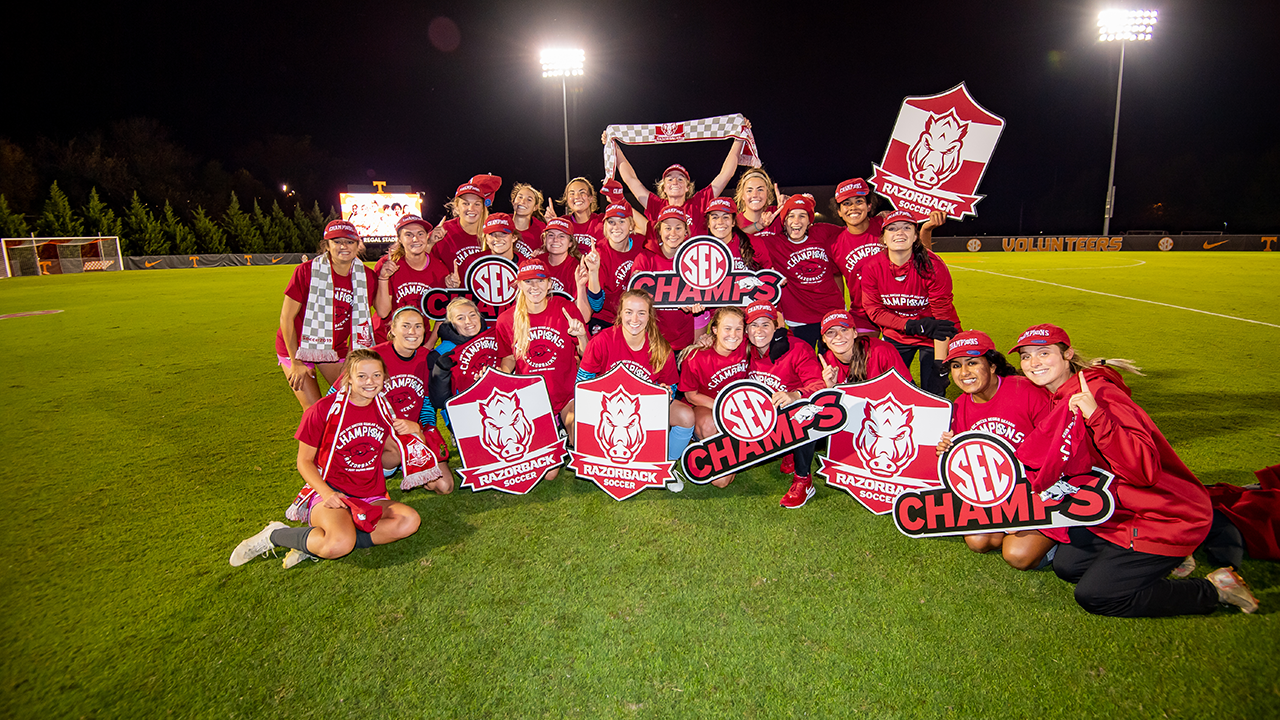 T: Razorback student-athletes earned a record TERM GPA of 3.43 in the spring 2020 semester.

U: The men’s tennis team turned in an early-season UPSET with a 4-3 win over No. 5 Baylor at the Dills Indoor Tennis Center on February 1. 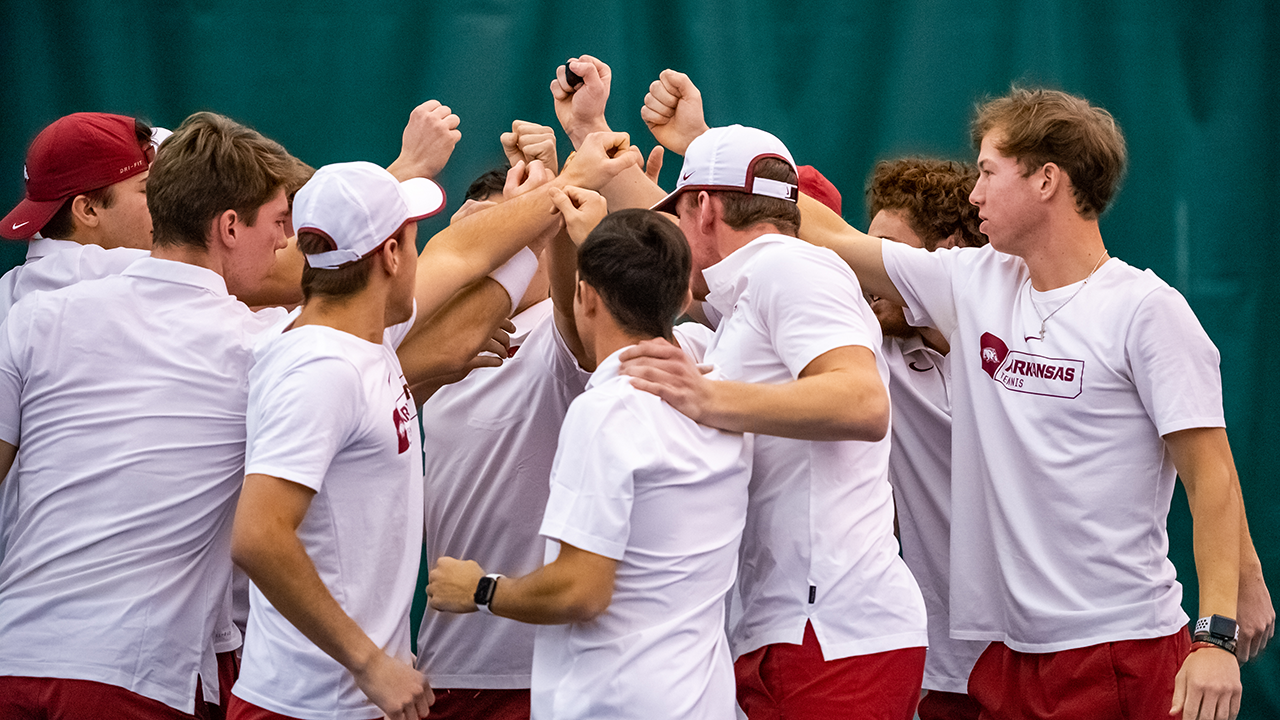 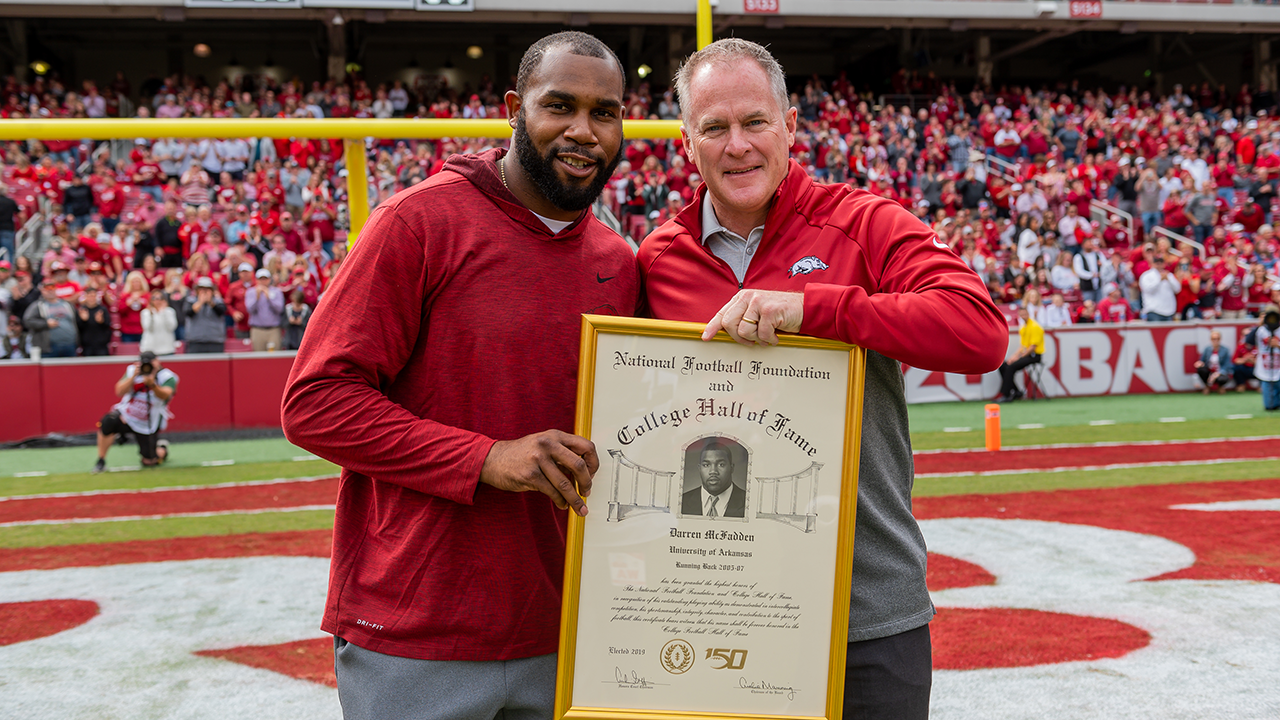 Y: In a YEAR-long initiative, 86% of Razorback student-athletes participated in at least on community engagement event around the state.