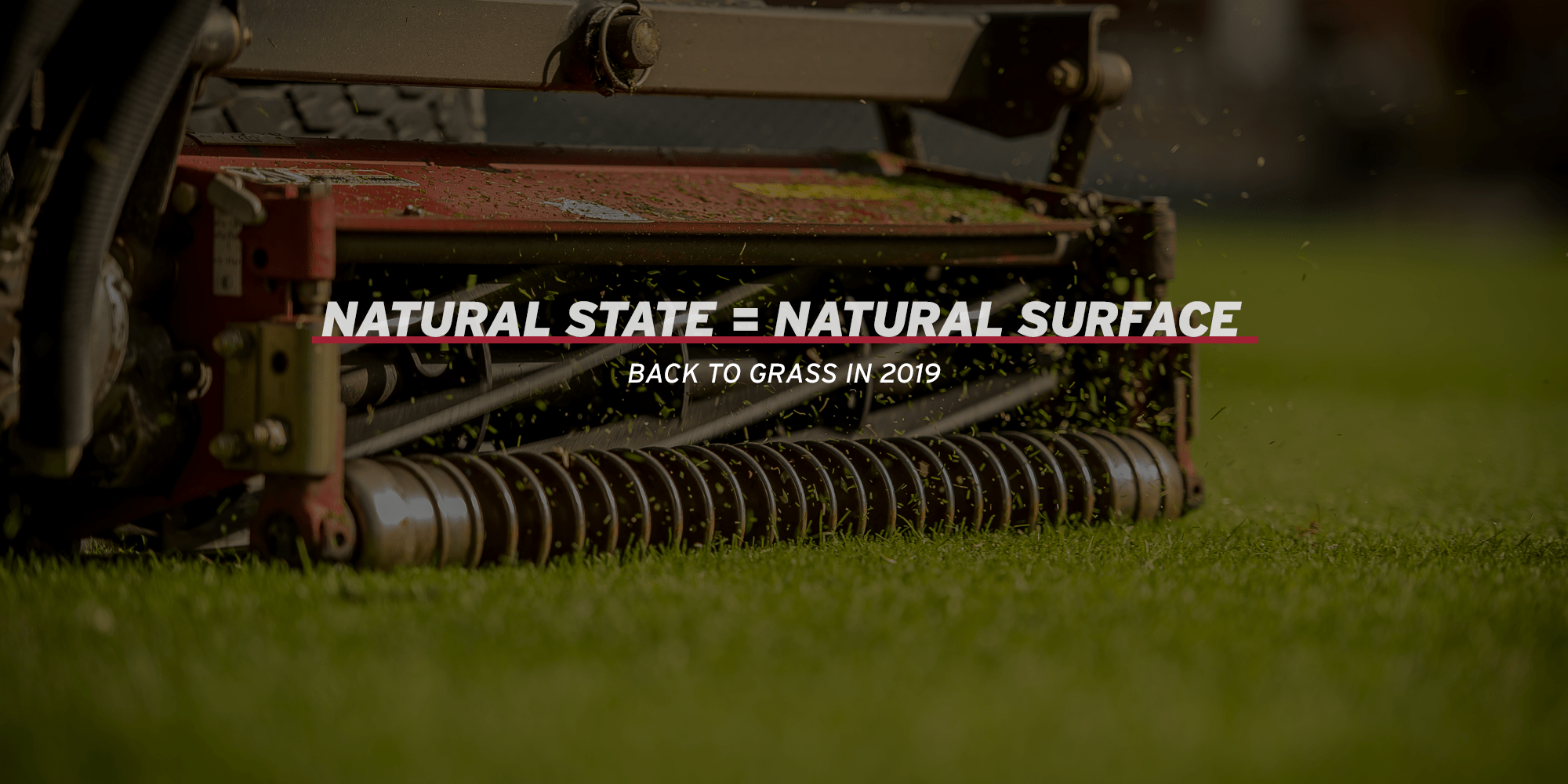 With spring practice in the books, the process of removing the current stadium field turf will begin followed by below the surface work to prepare for the new natural grass playing surface. The new grass, dubbed Tahoma 31, is currently being grown at Winstead Farms and should be ready for installation at Donald W. Reynolds Razorback Stadium in late July.

The return to grass is the fourth surface change since the original 1938 playing surface. Arkansas last played on natural grass in the 2009 season. 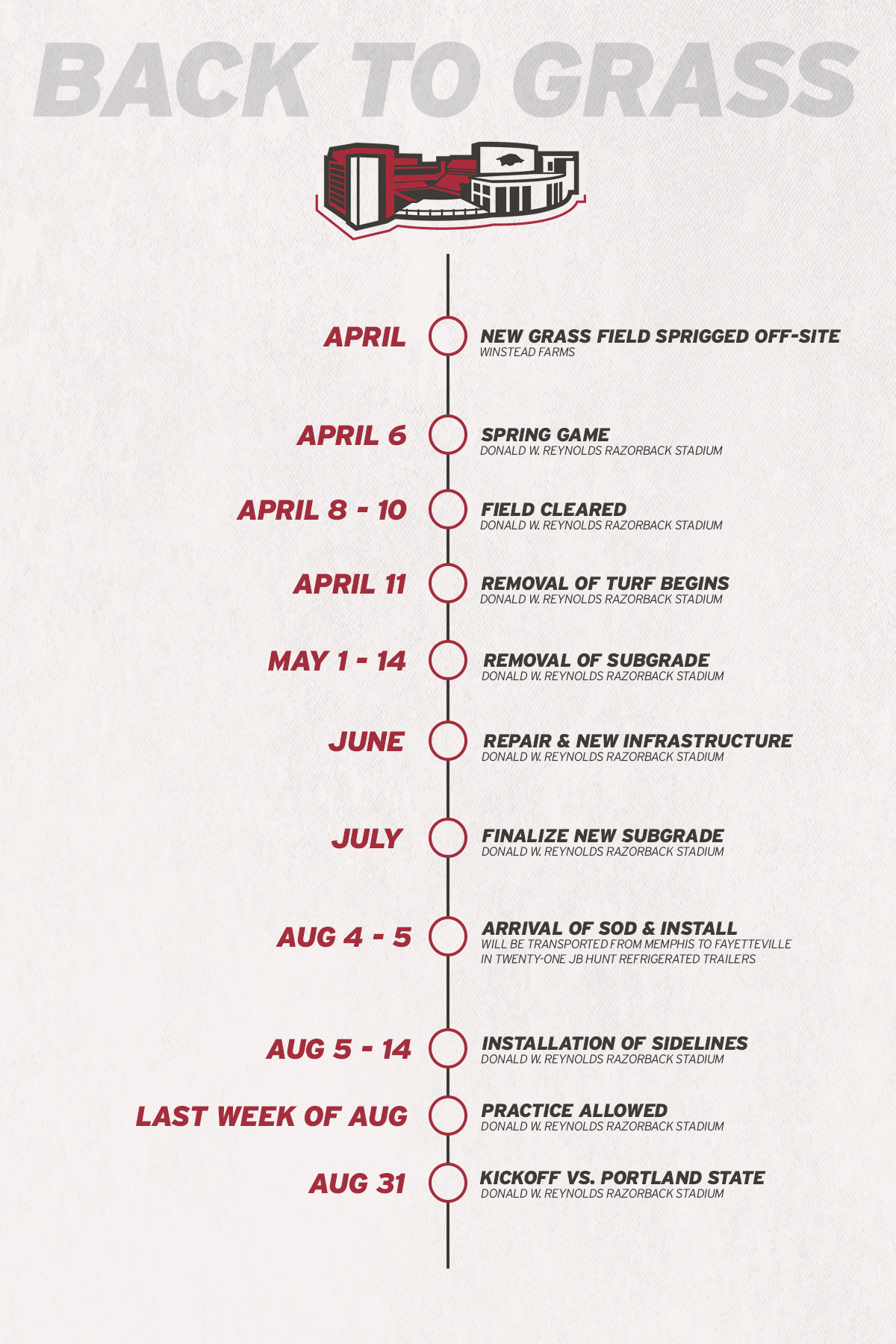 Tahoma 31 derives its name from the Native American word, Tahoma, which means frozen water. In test after test, Tahoma 31 shows its exceptional winter hardiness, tested up to 75% more cold tolerant than other bermuda grass varieties. With the additional characteristics of both improved wear tolerance and drought resistance, Tahoma 31 is ideal for sports turf, golf courses and high-quality lawns in the Mid-Atlantic & Transition Zone.

 Matrix is a ready to play sports turf replacement system that enables instant use straight after install – perfectly suited for high demand stadium/elite field applications. Matrix turf rolls feature an interwoven mesh support layer that provides strength and stability to the sod without compromise to drainage.

You can watch all the progress of the grass being grown on Winstead Farms live here.