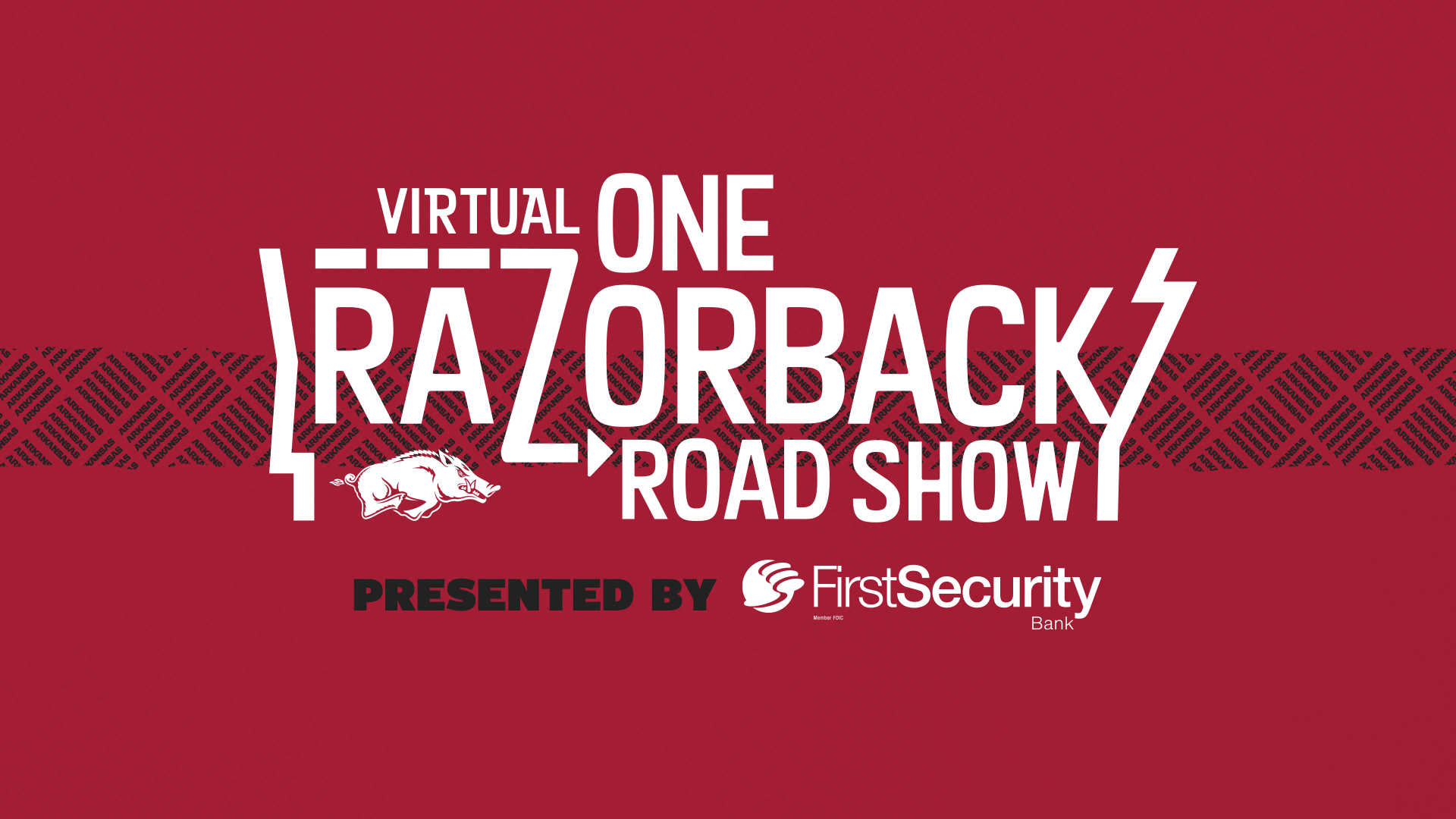 University of Arkansas Director of Athletics Hunter Yurachek and other members Razorback Athletics, including coaches, student-athletes, spirit squad members and mascots, will connect with fans from around the state as part of five virtual One Razorback Roadshows set for later this month.

The ONE Razorback Roadshows were originally planned as part of a five day charter bus tour across the state of Arkansas during the week of May 18 with stops in several communities and towns along the way between Harrison, Heber Springs, West Memphis, Dumas, Hot Springs and Fort Smith. However, with the recent events surrounding Covid-19, Razorback Athletics has transitioned to online-based virtual ONE Razorback Roadshows to connect with fans throughout the state and around the world.

“Although COVID-19 will preclude us from physically bringing the Razorbacks to fans throughout our state, it won’t deter us from connecting with the Razorback Nation,” Yurachek said. “Now, more than ever, it is important for us to come together as Arkansans. From every corner of our great state, nothing brings our state together like the Razorbacks. The ONE Razorback Roadshows allow fans to further connect with the Razorbacks and allow us another valuable opportunity to say thank you to the most passionate fans in the nation.”

Presented by First Security Bank, each virtual event will include appearances by Yurachek, Razorback Head Coaches, former and current student-athletes as well as a few celebrity cameos.

The first show is scheduled for May 14 and with a lineup including Baseball Head Coach Dave Van Horn, Women’s Tennis Coach Courtney Steinbock and Women’s Track and Field Head Coach Lance Harter. Additional roadshow dates include May 19, May 21, May 26 and May 28.

Fans will be able to log on to the official Razorback Athletics Facebook and Twitter pages to take part in each roadshow with streams for each event beginning at 6 p.m. CDT. Fans can also get involved by submitting questions for Razorback Roadshow guests.

The roadshow is a part of Razorback Athletics’ ongoing commitment to be involved in communities around Arkansas while celebrating the passion and support of the Razorbacks throughout the state.  The virtual tour will provide Razorback fans across the world the opportunity to engage and unite together as we celebrate the excitement around Arkansas Athletics.

Have a specific question you want answered by a specific coach? Fans can submit questions by clicking here!

Fans can watch each of the Virtual Roadshow events right here on this website or they can be accessed on both the official Razorback Athletics Facebook and Twitter pages. Each event will begin at 6 p.m. CT.