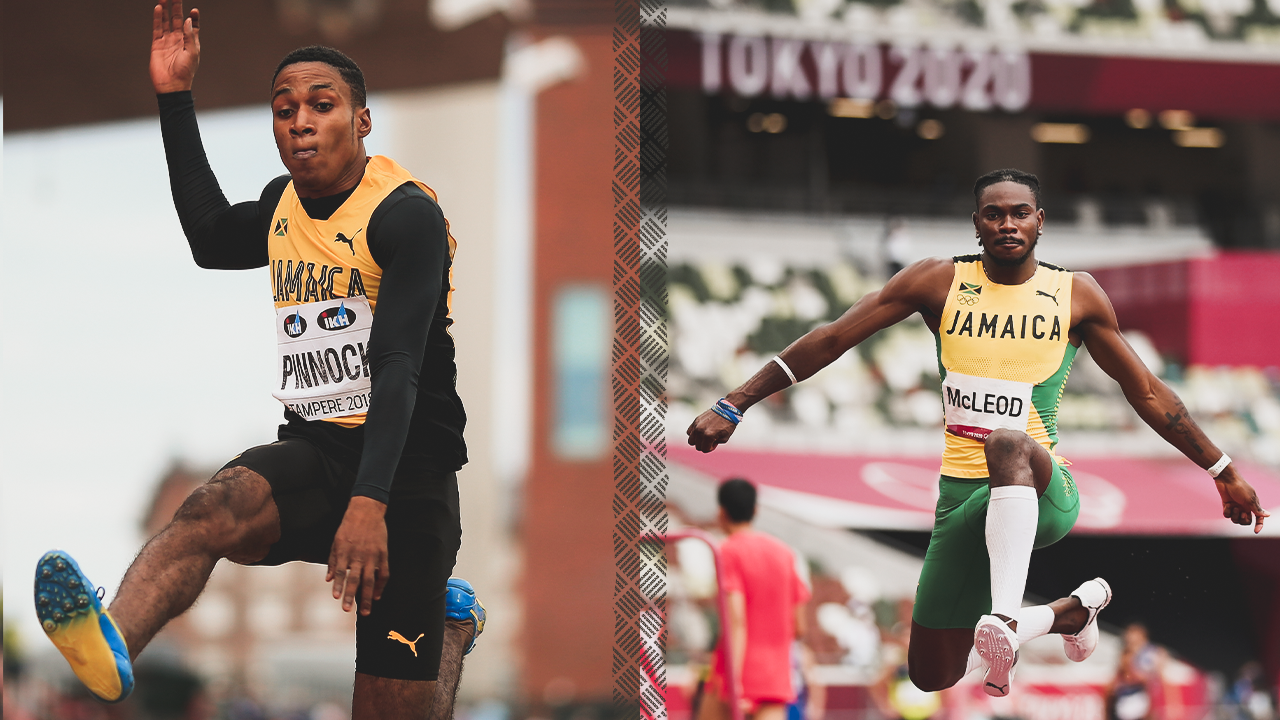 FAYETTEVILLE – Recent additions to the Arkansas men’s track and field program include a pair of transfers with Jamaicans Wayne Pinnock and Carey McLeod, who combined to score 35.5 points at the 2022 NCAA Championships between the indoor long jump, outdoor long jump, and 4 x 100m relay.

Both McLeod and Pinnock are from Kingston, Jamaica, and attended Kingston College High School. They join an impressive list of alums from the school who have prospered at Arkansas.

McLeod and Pinnock also were part of Tennessee’s 4 x 100m relay which placed fourth in the 2022 NCAA and SEC meets.

Coke is a long and triple jumper who was named the 2021 NJCAA National Field Athlete of the Year. He won six NJCAA titles, with four long jump victories and a pair of triple jump titles while adding three runner-up finishes.

Weaver was named the 2021 and 2022 National Men’s Field Athlete of the Year in Division III. Weaver, competing for Wisconsin-Eau Claire, became the only man in meet history to win both the decathlon and javelin in the 2021 NCAA Division III Championships and he repeated that feat in 2022.

Green competed for Katy Cinco Ranch and he is the son of Danny Green, an All-American with Arkansas who served as Director of Operations for 20-plus years.

Wyatt anchored the Cinco Ranch 4 x 800m relay to victory at the Texas Relays this season and was a member of the 4 x 400m relay that finished second in district and fourth in area meets.