In addition, the Natatorium served as the site for the 1986 NCAA Division I Women’s Swimming and Diving Championships as well as a 1985 international meet and several USS Junior Nationals. Serving the Arkansas swimming and diving teams since 1985, the Natatorium has provided the training grounds for three Olympians and 31 All-Americans.

The Natatorium is an indoor, eight-lane, 50-meter pool with a complete timing system and scoreboard. The full matrix scoreboard with graphics was added in 2007 while a record display board was added in 1997. The diving area has two one-meter boards, two three-meter boards and a five- and 10-meter platform. A dry board and trampoline with spotting rigs are also located in the natatorium.

The Razorbacks opened the doors to a new locker room in 2008. The newly renovated area represents the pride of the Arkansas swimming and diving team. The locker room is also connected to the dressing room, but has a separate entrance for the team and coaches. 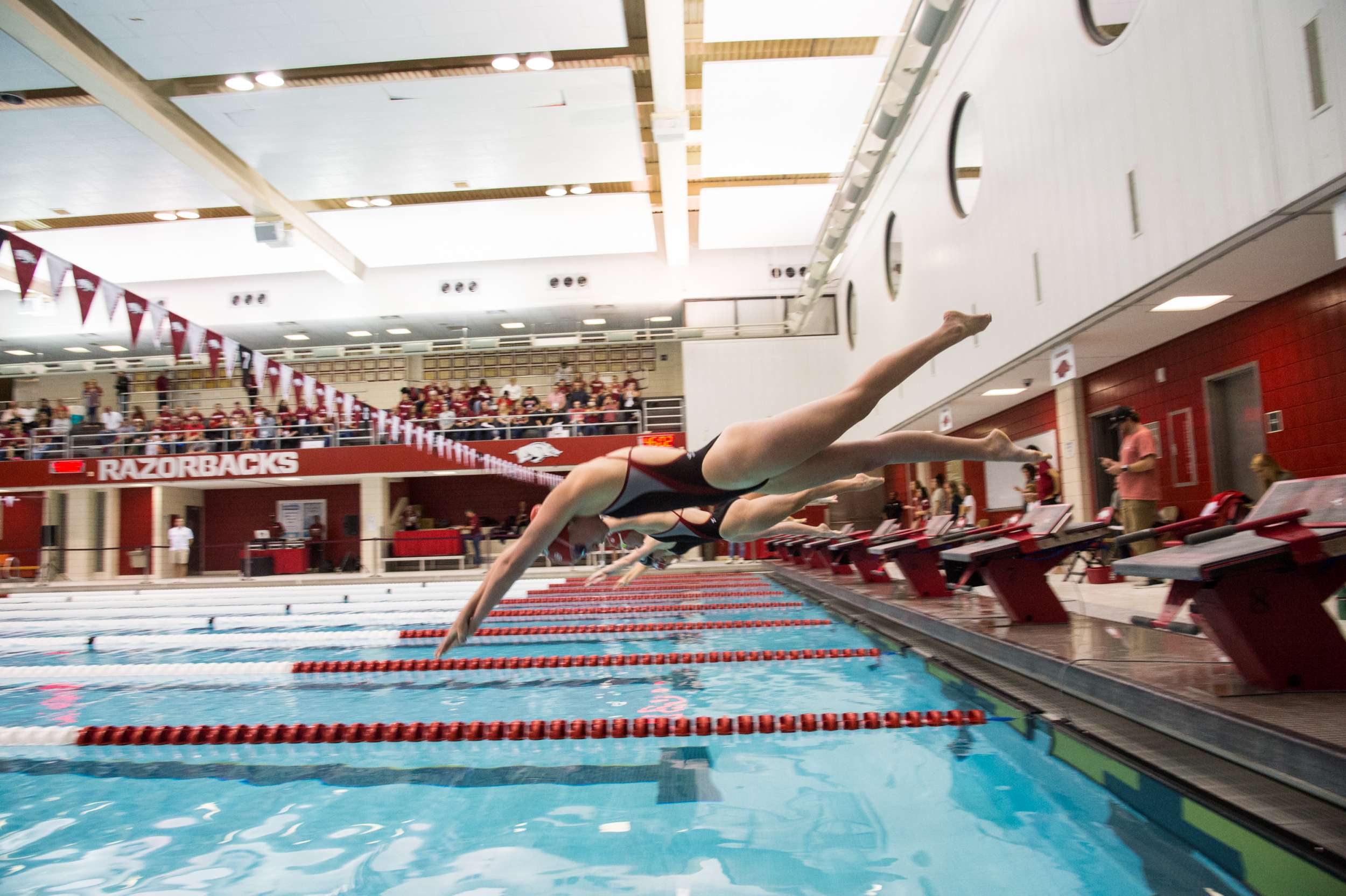 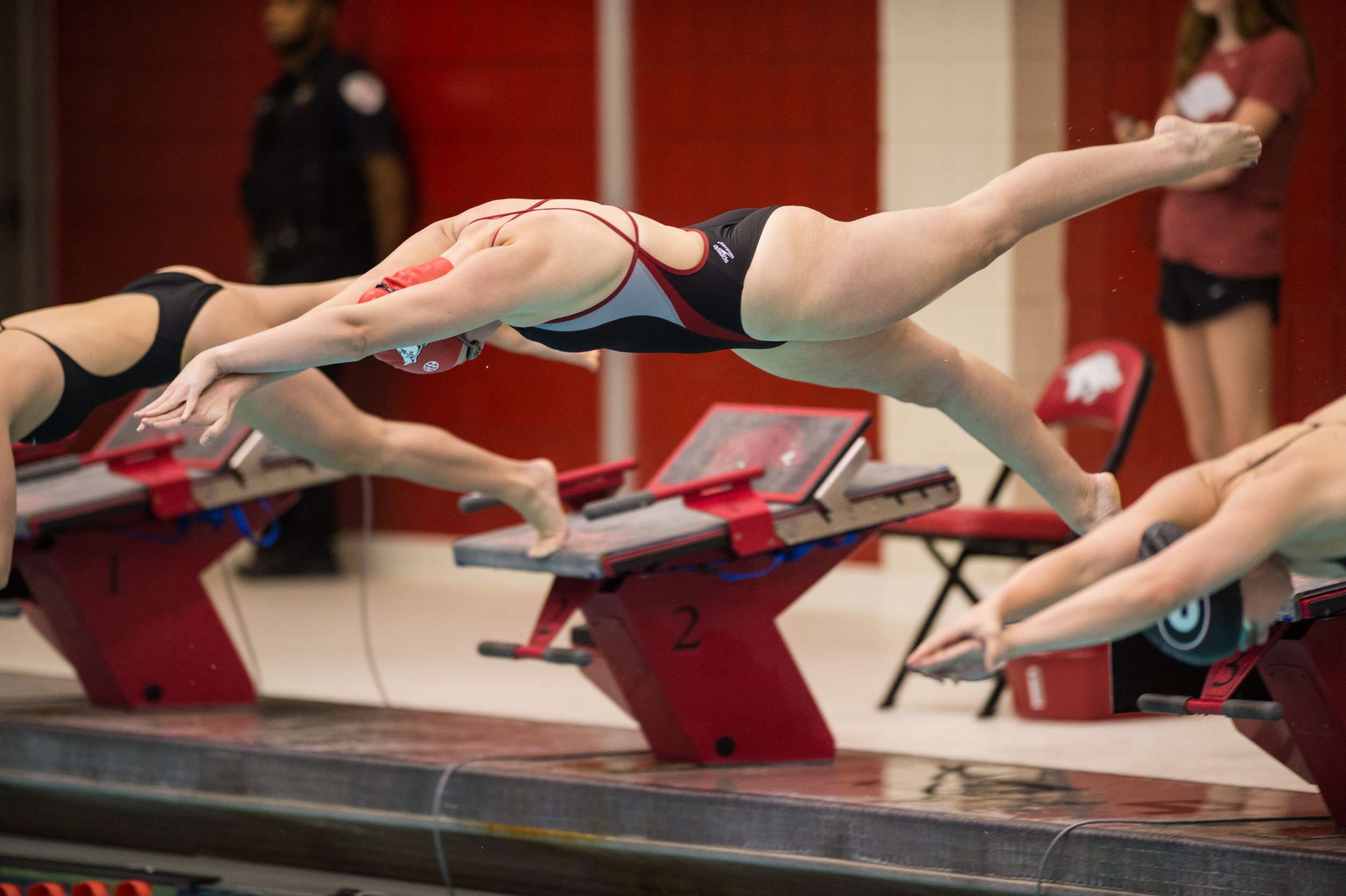 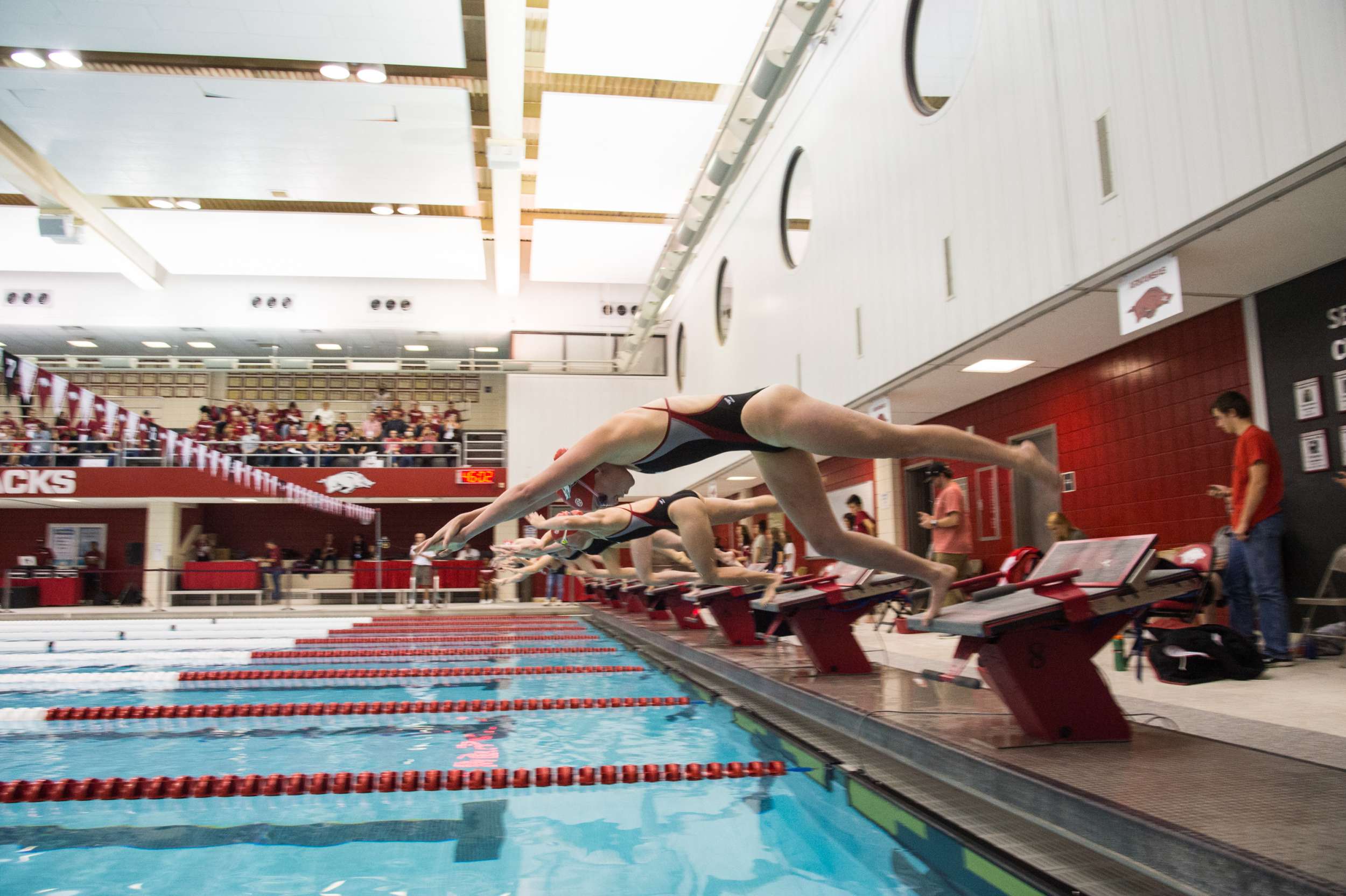 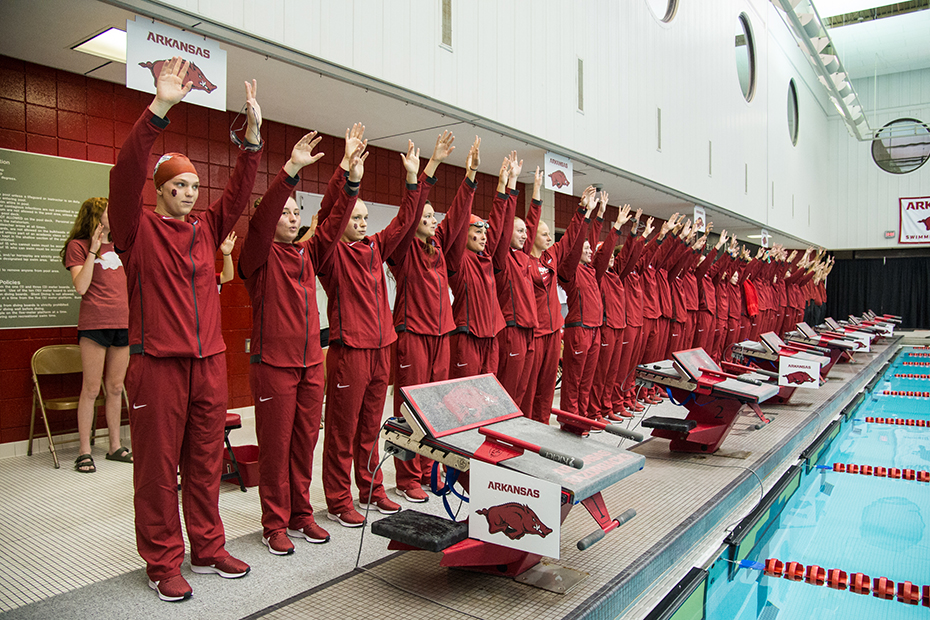 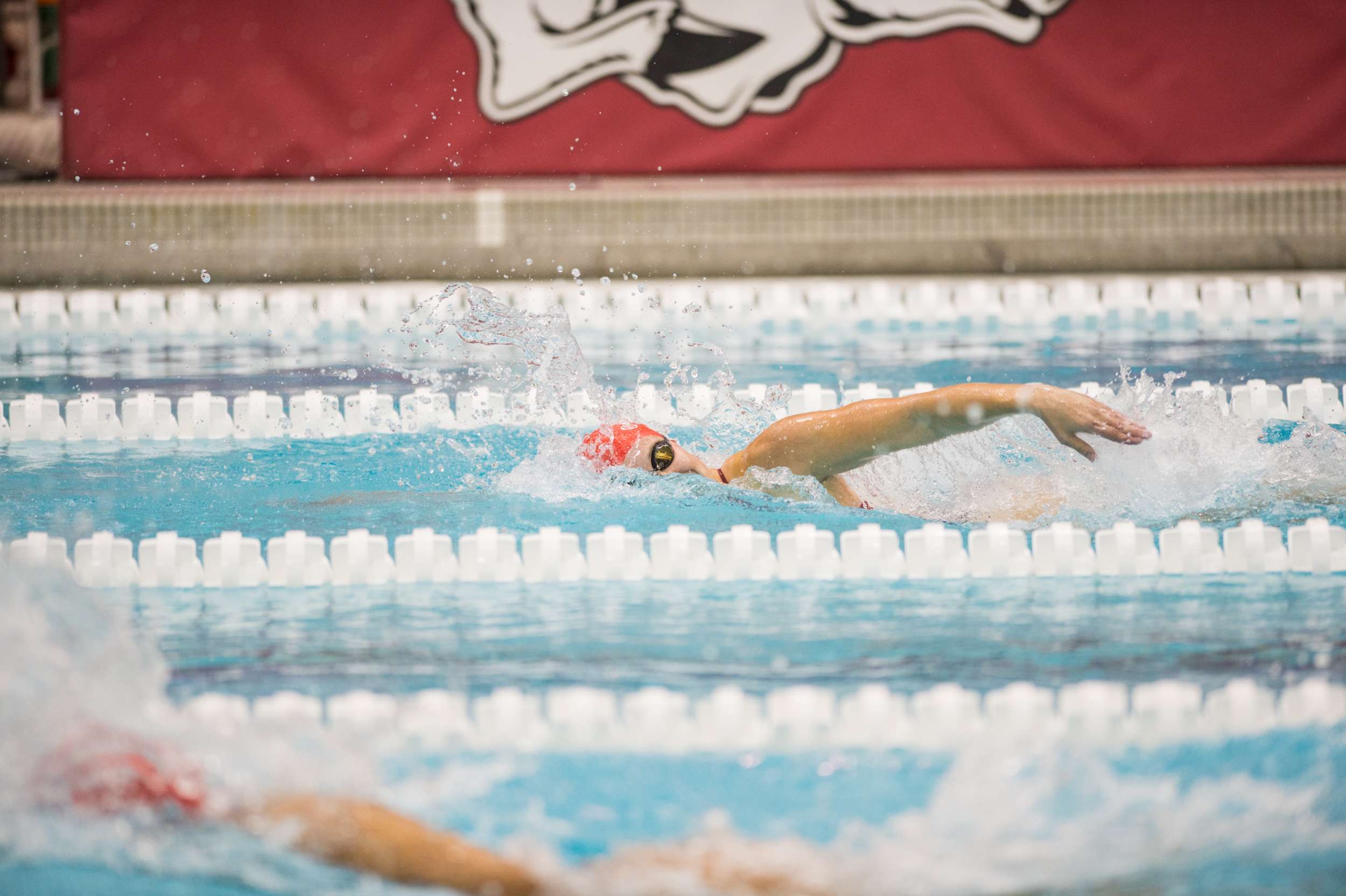 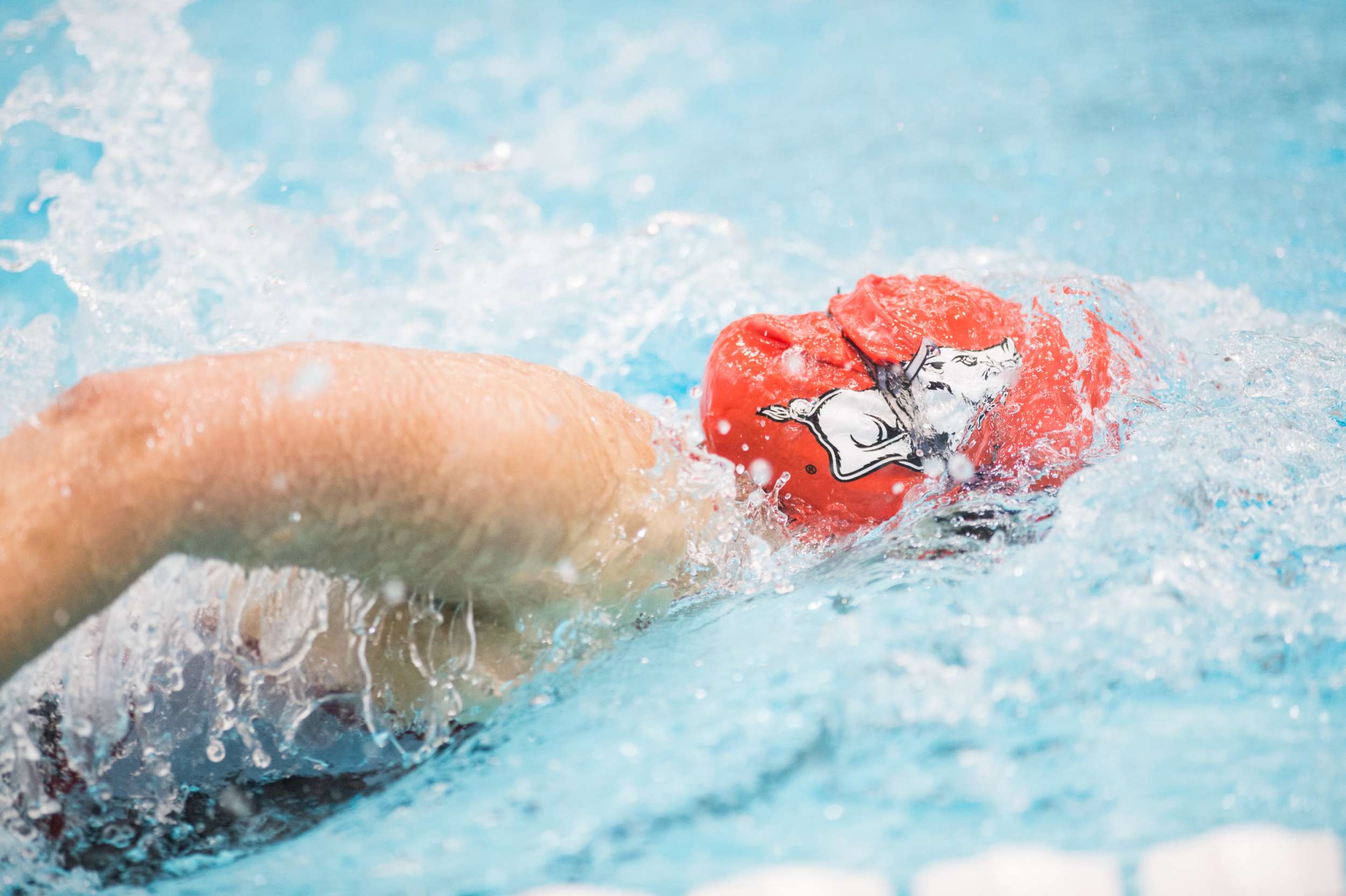