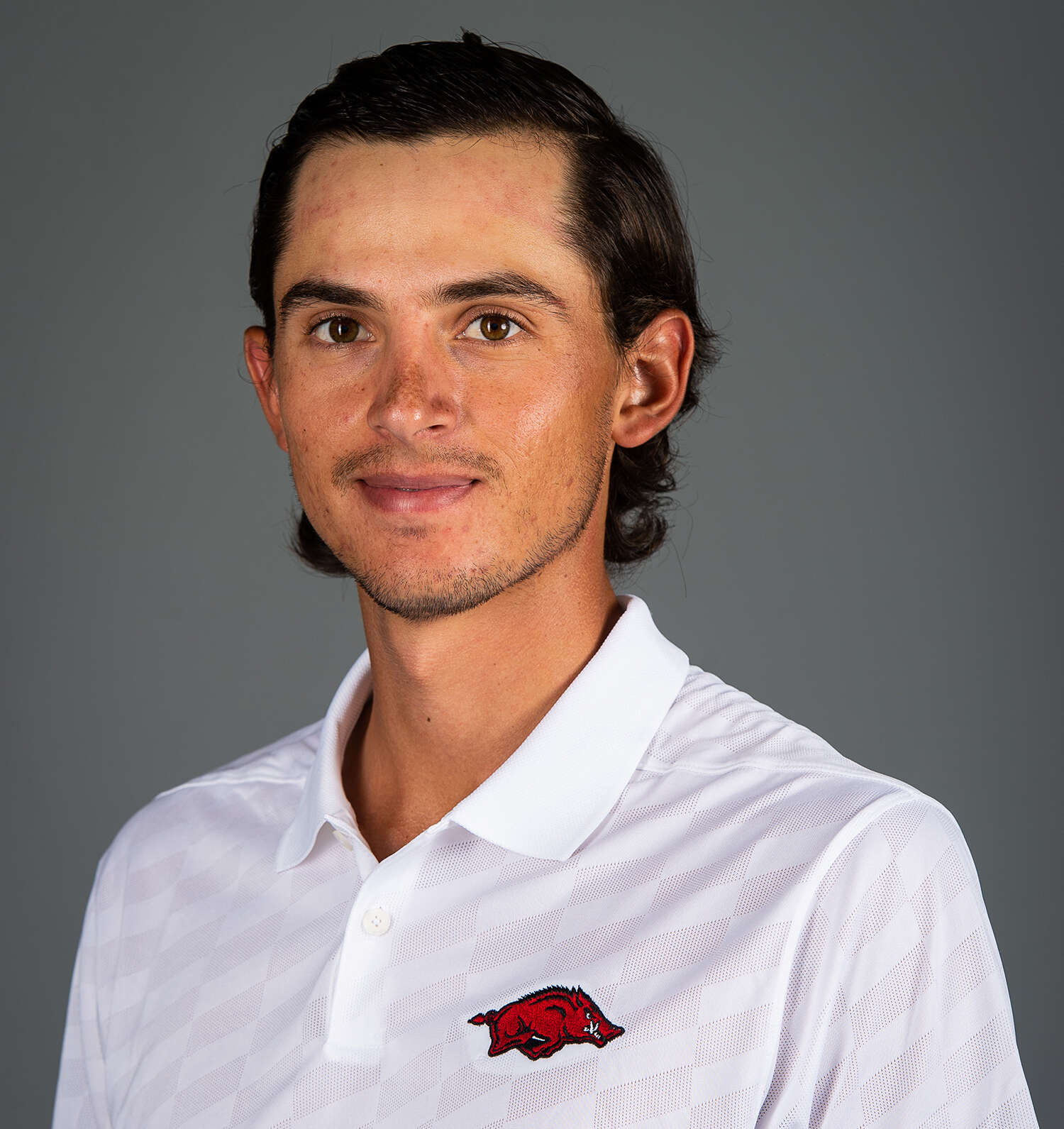 Played in 13 events and posted a stroke average of 73.37 over 38 rounds … Opened the season by shooting a 15-under-par 201 (70-67-64) to tie for third at the Carmel Cup … His 15-under ranked second on the school’s list for best score in relation to par and his 64 tied for the third-best round in school history (behind a pair of 63’s) and his 54-hole total of 201 ranks fourth-best in school history … Tied for sixth in helping Arkansas win the Nebraska it-R-Done Invitational … Tied for 35th at the SEC Championship thanks to a second-round 67 … Was 2-0-1 in match play to help the Razorbacks win the SEC Championship … Won 5&4 versus #3 Will Gordan (Vanderbilt) in the quarterfinal and needed 19 holes to defeat Brandon Smith (Texas A&M) to clinch the team win in the semifinal … His match in the championship with #55 Jovan Rubula (Auburn) was on the 19th hole when Julian Perico clinched the win on the 18th … SUMMER 2019: Played in the U.S. Amateur after taking the third and final spot in his qualifier by firing rounds of 69-67 at the Pensacola (Fla.) Country Club on July 7-8, 2019.

Played in 14 events as a sophomore, posting a stroke average of 72.15 over 42 rounds … Named SEC Golfer of the Week (Mar. 14) as he was medalist (tying for first with teammate Alvaro Ortiz) at the Southern Intercollegiate, carding a 3-under par 141 (68-73) … Finished T-5th at the Sea Best Invitational with nine birdies and 41 pars … Posted a 7-over 217 at the SEC Championship, including a pair of 71’s to close the event … At the NCAA Norman Regional, opened with a 73-74 to help the team advance … Was 8-over par over four rounds at the NCAA Championship … Was the team’s low-man for three tournaments … Tallied two eagles, 133 birdies and 449 pars to end his sophomore season … Had 14 rounds of par or better … Earned Dean’s List in the Fall of 2017.

Finished his freshman year with a 72.15 stroke average to rank second on the team … Earned SEC All-Freshman team honors from the league head coaches … Finished the season with 18 rounds under par, the second-most in school history behind Sebastian Cappelen’s 19 during his senior year … Had at least one round under par in his first 13 collegiate tournaments … Posted a counting score in 29 of 36 rounds and led the team with nine top-20 finishes, including five top-10 finishes … Had his best finish at the Gopher Individual, carding a runner-up finish at 3-under par … Went on a stretch of six consecutive tournaments with top-20 finishes, including two of those inside the top five … Recorded a season-best, 5-under 65 in the final round of the SEC Championship with five birdies and no bogeys … Had all three of his round count toward the team score at the NCAA Baton Rouge Regional … Earned SEC Freshman of the Week honors after finishing T-8th at the Southern Intercollegiate … Finished second on the team with 125 birdies.

High School
Attended Montverde Academy (Fla.) … Won the 2015 South Beach International Amateur after breaking the course record with a 10-under 61 in the final round at Miami Beach Golf Club … Tied for 6th overall at the 2015 Toyota Junior Golf World Cup as Mexico’s top finisher, closing with a six-under 65 … Finished second in the International Spirit Cup … Posted eight career AJGA top 10 finishes, including five in the top five … Won the 2014 AJGA Junior thanks to a final round 67 … Finished runner-up at the 2014 AJGA Wells Fargo Junior Classic and 2013 TaylorMade-Adidas Golf Junior All-Star … Named the Golfweek Player of the Week after winning the 2013 Golfweek Junior Invitational by three shots … A member of the Mexican national team.