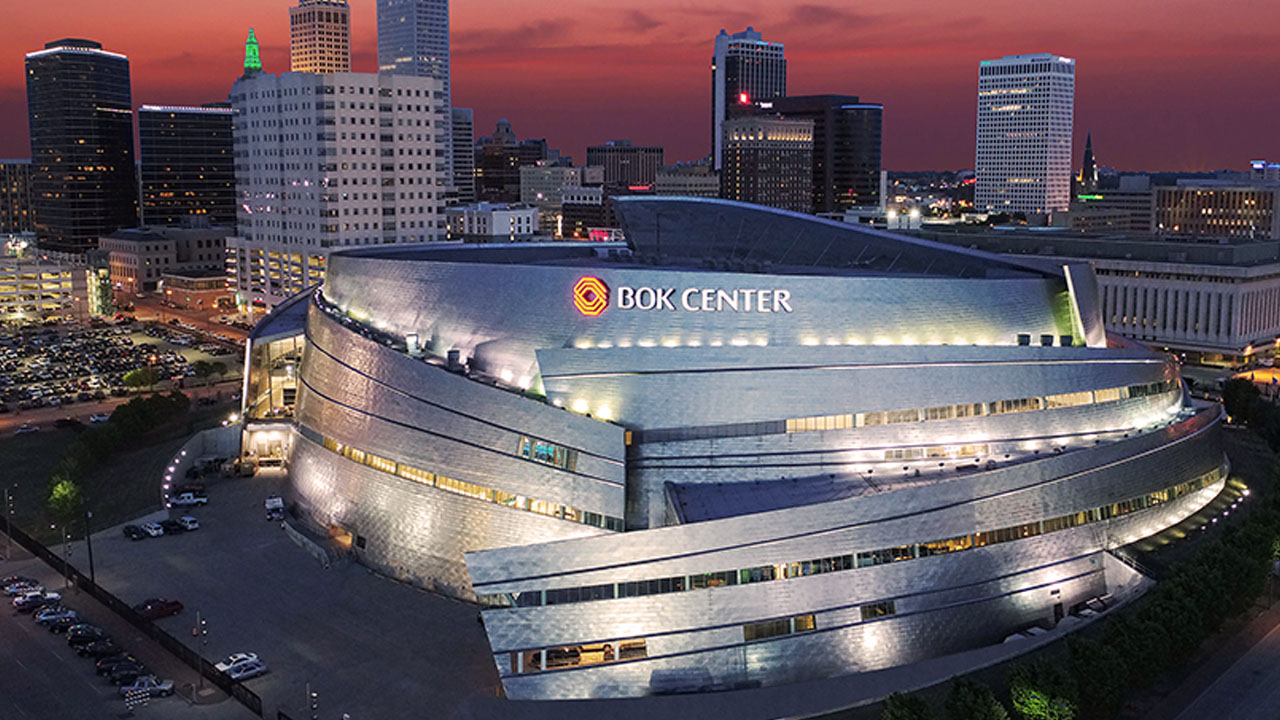 FAYETTEVILLE – Border rivals Arkansas and Oklahoma announced a multi-year, men’s basketball series to be played in consecutive years at the BOK Center in Tulsa, Okla., with the first game in the series set for December 12, 2020.

Located midway between the Arkansas (116 miles) and Oklahoma (125 miles) campuses, the BOK Center offers a central location that caters to alumni and fan bases from both universities. Tickets for the matchup will be divided at midcourt to create a unique 50-50 atmosphere for fans from each school.

“I have tremendous respect for (Oklahoma) head coach Lon Kruger and the Sooner basketball program,” said Arkansas head coach Eric Musselman. “We are also appreciative of the city of Tulsa and the BOK Center. This is a great game for both programs and Tulsa is the perfect neutral-site location. Not only will it be exciting for the region, this is the type of game that will draw national exposure. We feel like this will be a great experience for both our student-athletes and fans, while the environment versus a premier program from one of the top power conferences will help us in SEC play and beyond.”

The second game of the series is set for Dec. 11, 2021, also in the BOK Center, with the possibility of two additional games in December of 2022 and 2023. Ticket information and official branding for the series will be announced at a later date.

“Our series with the University of Oklahoma will bring together two storied basketball programs and two passionate fan bases from bordering states to create a compelling regional rivalry,” said Arkansas Director of Athletics Hunter Yurachek. “I am excited for our student-athletes, coaches and Razorback fans. I believe this series, with games being contested at a neutral location less than two hours from our respective campuses, will positively enhance the exposure of college basketball in our region.”

The Arkansas and Oklahoma series includes 28 games dating back to the 1938-39 season. Arkansas owns a 16-12 advantage in the series, including a 5-0 record when the teams play on a neutral court. The teams have never met in Tulsa.

The last time the two squads played was Nov. 23, 2017 when the Razorbacks defeated the Sooners 92-83 in Portland, Ore., at the Phil Knight Invitational. Prior to that, the teams played six consecutive years from 2007-08 to 2012-13, three contests in Fayetteville and three in Norman, Okla. Preceding that series, the programs met in four consecutive seasons spanning 1998-99 to 2001-02 in home-and-home series.

While the teams’ history with one another is somewhat limited, the programs’ coaching staffs are very familiar with each other.