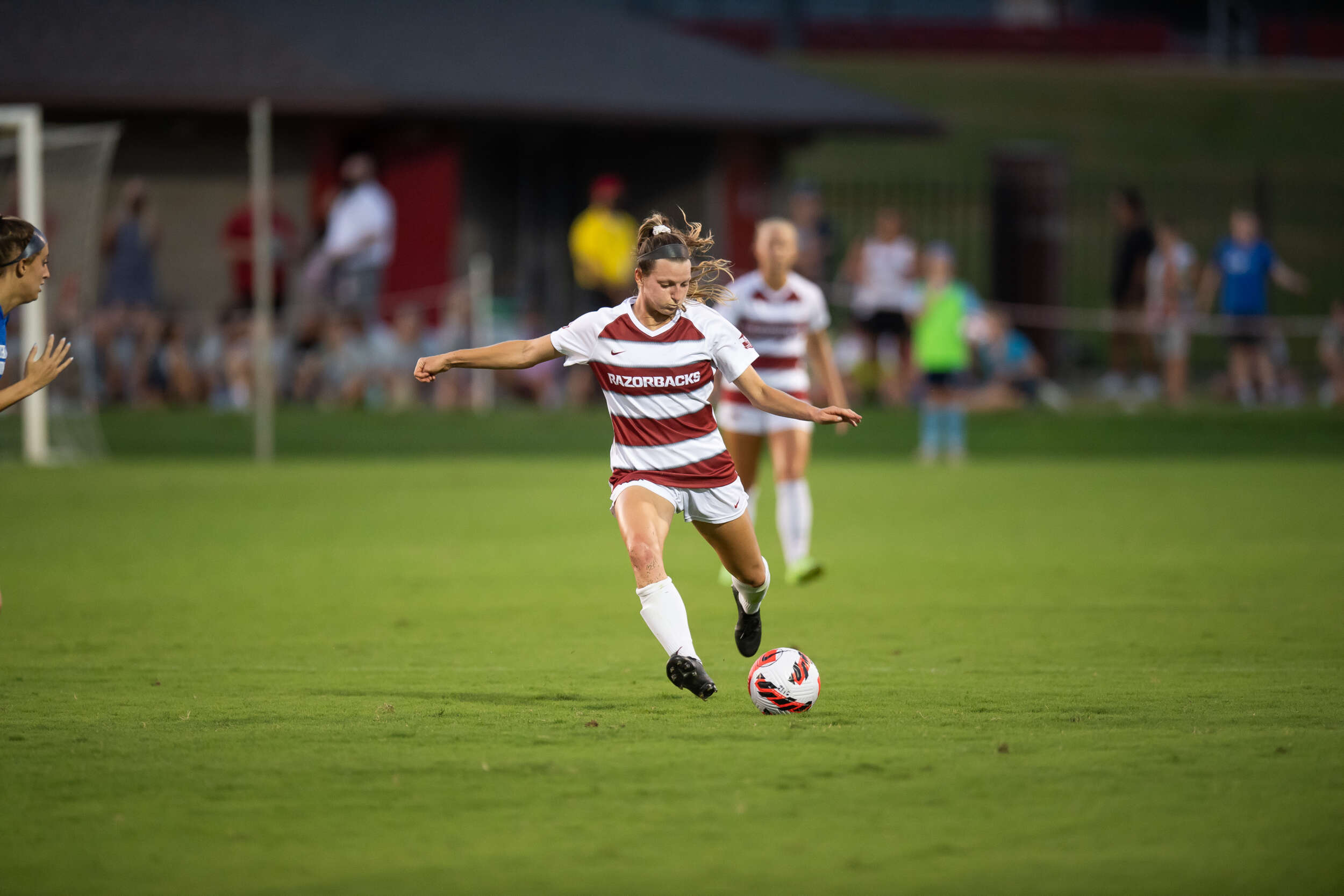 Arkansas looks to continue its success at Razorback Field after a 13-3-1 record in Fayetteville over the last two seasons.

SFA is coming off of a 2-1 win over Texas State on Aug. 29. On the road earlier that week, it tied with Houston, 4-4. It was set to play Oklahoma State on Sept. 2, but the match was canceled.

In front of 2,370 fans at the Razorback Field home opener, the Arkansas soccer team shutout No. 24 BYU, 2-0, behind Anna Podojil’s two-goal performance. The Razorbacks (1-2-0) picked up their first win of the season and improved to 9-4-0 at home against ranked opponents since 2016. Arkansas has put together a 23-3-2 record at home since 2018.

>> This is the sixth match-up between Arkansas and Stephen F. Austin. The Razorbacks lead the series 4-1-0.

>> Anna Podojil and Parker Goins were named to the MAC Hermann Award Watch List. Goins and Podojil, who were both named to the SEC Preseason Watch List the same week, earned first team All-SEC honors in 2020 and led Arkansas to its second-straight SEC regular-season title.

>> The Razorbacks were picked first in the SEC preseason coaches poll, tied with Texas A&M.