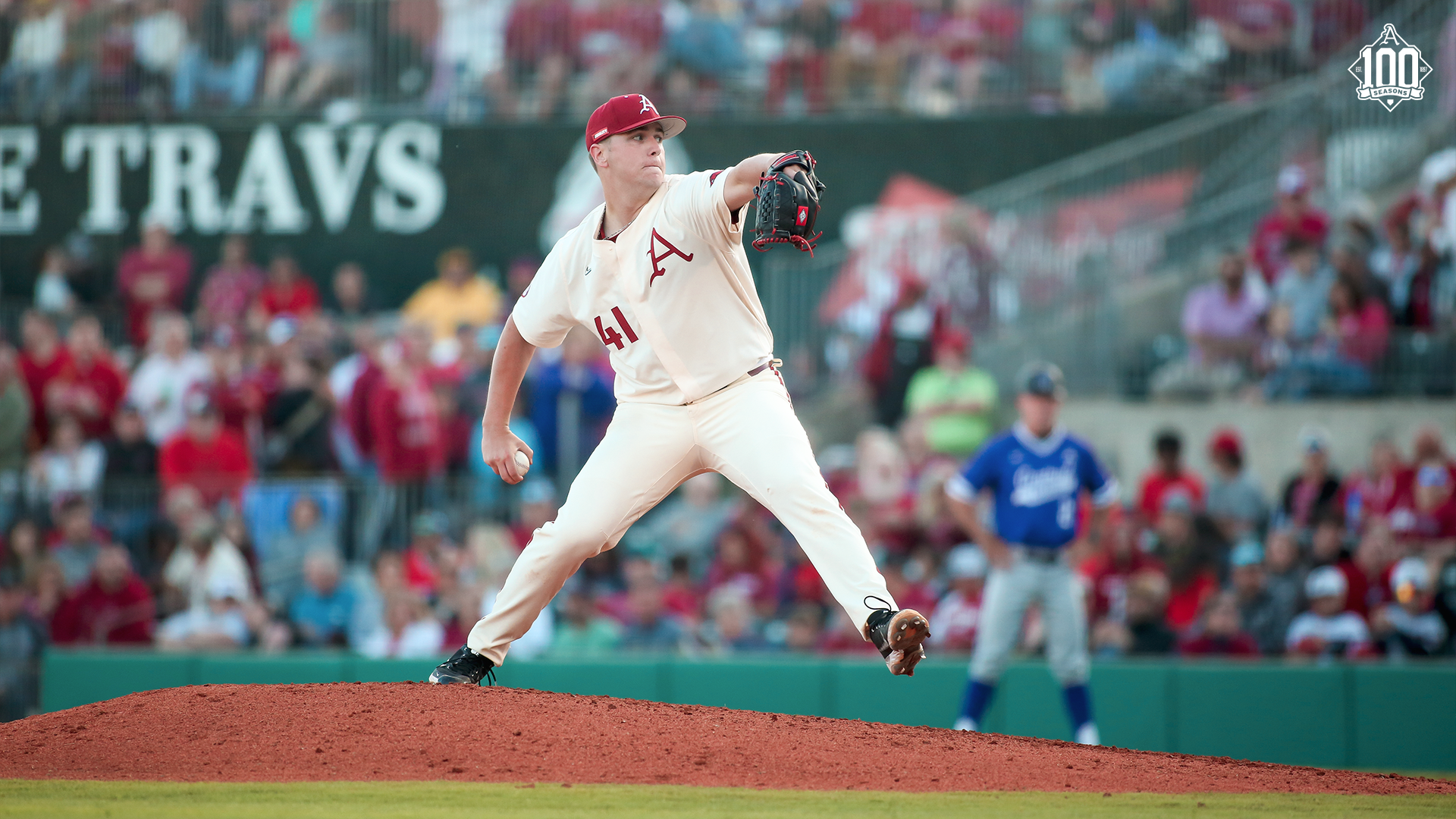 The Razorbacks have now won 18 consecutive midweek games and are undefeated in their last 14 contests against in-state opponents, a streak that dates to the 2019 campaign.

With the win, Arkansas improved to 10-1 overall in games played at Dickey-Stephens Park, home to the Seattle Mariners’ Double-A affiliate Arkansas Travelers. Tuesday night’s game marked the first time Arkansas had played in North Little Rock since 2019 due to the pandemic-affected 2020 and 2021 seasons.

Arkansas pitcher Will McEntire was brilliant in his third start of the season, throwing six innings of one-run ball while striking out four. The Bryant, Ark., native logged his first quality start of the year in the outing.

The Razorbacks and Bears exchanged zeroes until the bottom of the fifth when Dylan Leach drove home Braydon Webb on a single to left center. It was the only damage UCA starter Oliver Laufman would endure as he twirled seven innings of one-run ball to keep Arkansas at bay all night.

UCA tied the game at one in the sixth, but the score remained right there until extras. Zack Morris (1.2 IP), Evan Taylor (1.1 IP) and Heston Tole (1.0) combined for four scoreless innings in relief of McEntire, giving Arkansas an opportunity to walk it off in the bottom of the 10th.

After reaching on a one-out single, Moore advanced to second on Cayden Wallace’s walk and took third on Michael Turner’s fielder’s choice. Brady Slavens then stepped up to the plate with two outs and runners on the corners.

Slavens worked the count full before drawing a walk on a wild pitch, which allowed Moore to dash home from third and score the game-winning run.

Arkansas now turns its attention to this weekend’s SEC home series with Ole Miss. First pitch against the Rebels is set for 6:30 p.m. Friday, April 29, on SEC Network+.