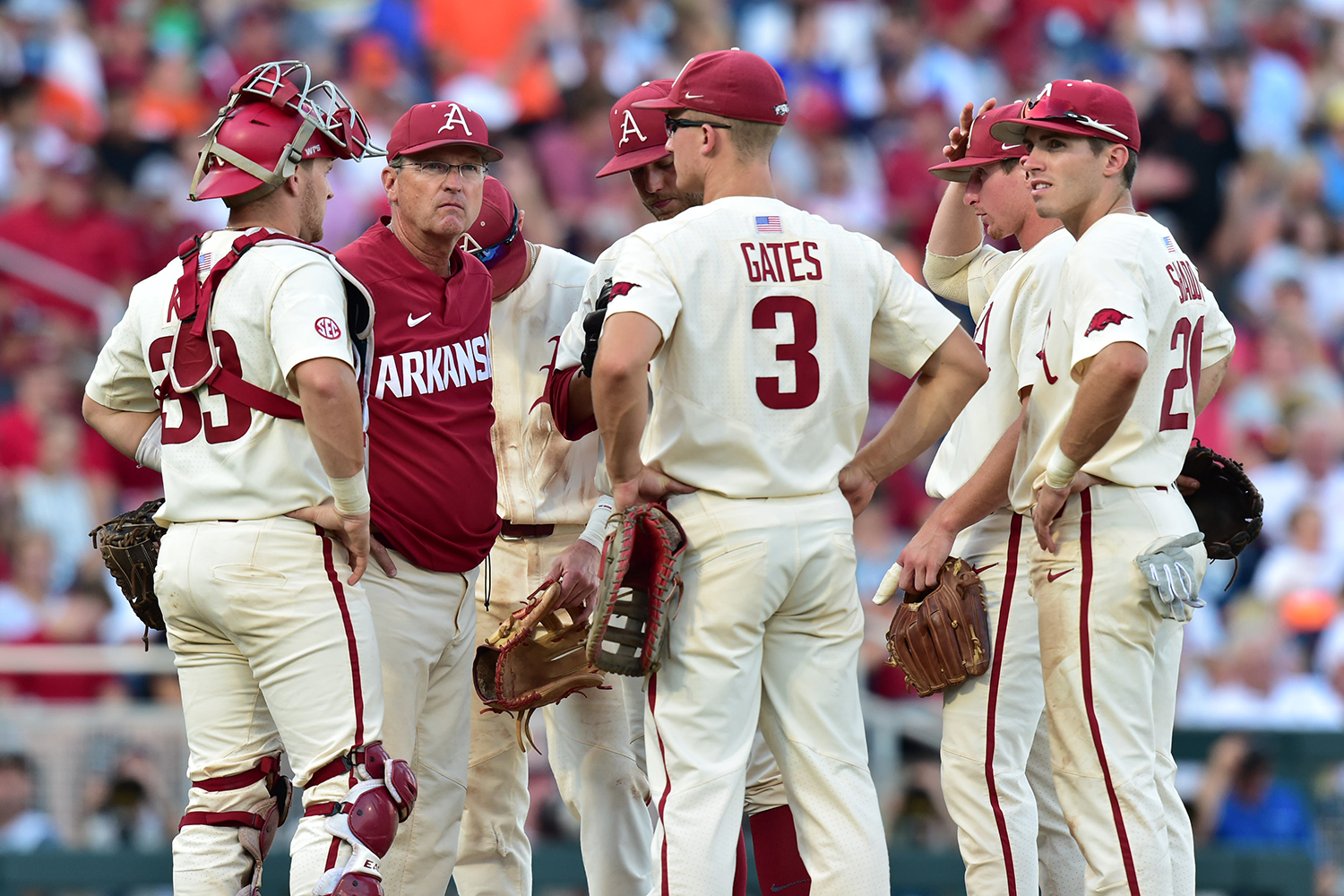 OMAHA, Neb. – Senior Luke Bonfield and Carson Shaddy each had two hits and an RBI Wednesday night for fifth-seeded Arkansas but No. 3 Oregon State rallied in the ninth inning for a 5-3 win to force a decisive game three in the 2018 College World Series. Thursday’s series finale is scheduled for a 5:30 p.m. (CT) first pitch and will be televised on ESPN2.

Back and Forth
Oregon State scored runs in the fourth and fifth innings to take a 2-1 lead but the Razorbacks answered with a pair of runs in the bottom of the fifth to reclaim their advantage. After being held without a hit since the second, Arkansas put together three-straight hits including an RBI single by Bonfield that brought freshman Casey Martin around from second to even the game. Freshman Heston Kjerstad scored the go-ahead run on Shaddy’s RBI single to cap the rally.

The Razorbacks held on to the 3-2 lead until Oregon State put together its three-run ninth. After giving up a walk to the lead off in the top of the ninth, sophomore Matt Cronin retired the next two hitters but the Beavers had the tying run on third base. Oregon State went on to tie the game with a base hit through the left side and took the final lead with a two-run shot to right.

The Hitting
Shaddy turned in his 18th multi-hit performance of the season while Bonfield tallied his 13th multi-hit outing. Shaddy’s single in the fifth inning was Arkansas’ first two-strike hit during the College World Series.

The Pitching
Oregon State had just taken a 2-1 lead and the bases loaded with one out when freshman Kole Ramage entered to face the three and four spots in the Beavers’ lineup. The righty pitched Arkansas out of the jam with a strikeout and ground ball to Jared Gates at first base. With runners on the corners and no outs in the sixth, Ramage got out of the jam unscathed with the help of a double play that he started by gloving a popped up bunt.

Junior Kacey Murphy got the start and was solid through 4.1 innings before being lifted with runners on first and second in the top of the fifth. The Rogers, Arkansas, native allowed two runs on six hits and struck out four Oregon State hitters without issuing a walk.

Game Note
Wednesday’s game was played in front of 25,580 which pushed the overall attendance over 300,000 for the 13th-consecutive year in Omaha.