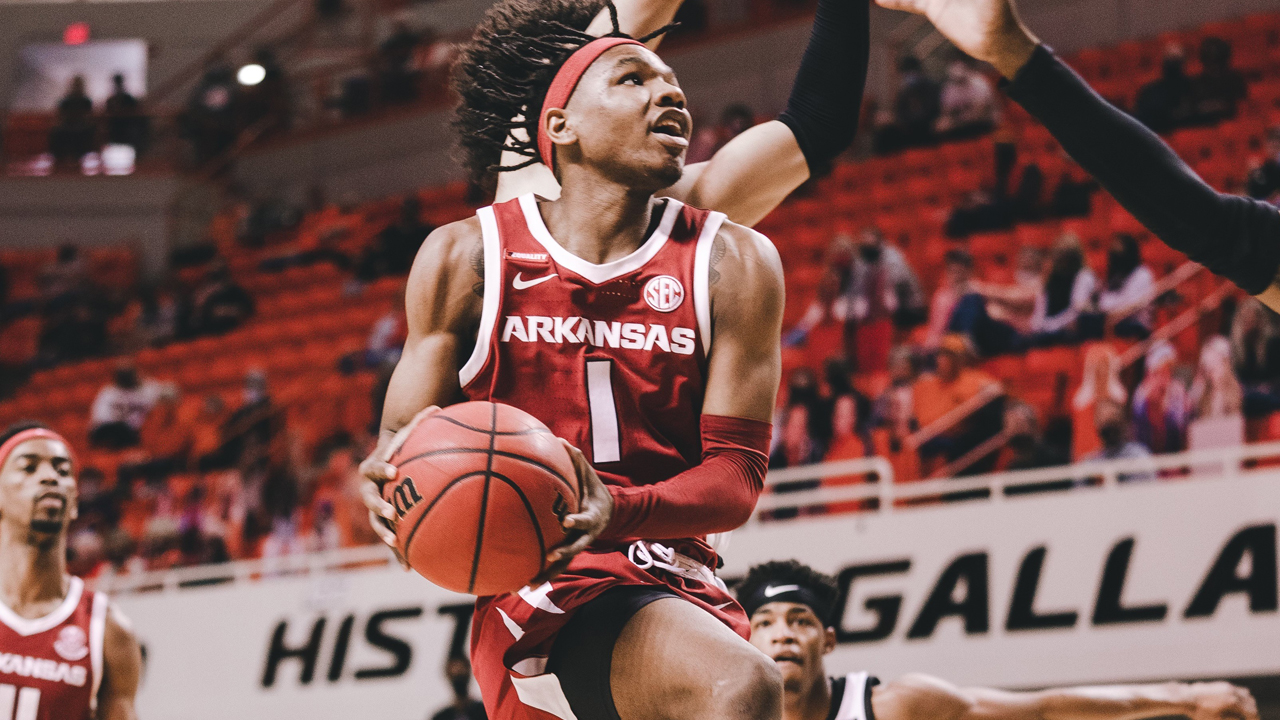 STILLWATER, Okla. – Cade Cunningham hit a jumper with 21 seconds left to give Oklahoma State a two-point lead then sank two free throws with three seconds left to seal an 81-77 victory over Arkansas Saturday afternoon as part of the annual SEC-Big 12 Challenge.

The second half featured four of the six lead changes and 11 of the 13 ties.

On the ensuing possession, Oklahoma State missed twice but got the offensive rebound each time, leading to Cunningham’s go-ahead jumper with 21 ticks left.

Arkansas had a good look at 3-pointer with five seconds left, but it came up empty. Cunningham came up the defensive rebound, was fouled and hit the two free throws to end the game.

Cunningham finished with 21 points, 14 in the second half, with seven rebounds and five assists. Kalib Boone added 16 points and 12 rebounds while Avery Anderson III had 13 for the Cowboys.

Justin Smith led Arkansas with 18 points, seven rebounds and tied his career-high with four assists. Moody finished with 17 points, 11 in the second half. JD Notae and Davonte Davis contributed 13 and 12, respectively, off the bench. For the second-straight game, Connor Vanover had five blocked shots, all in the second half.