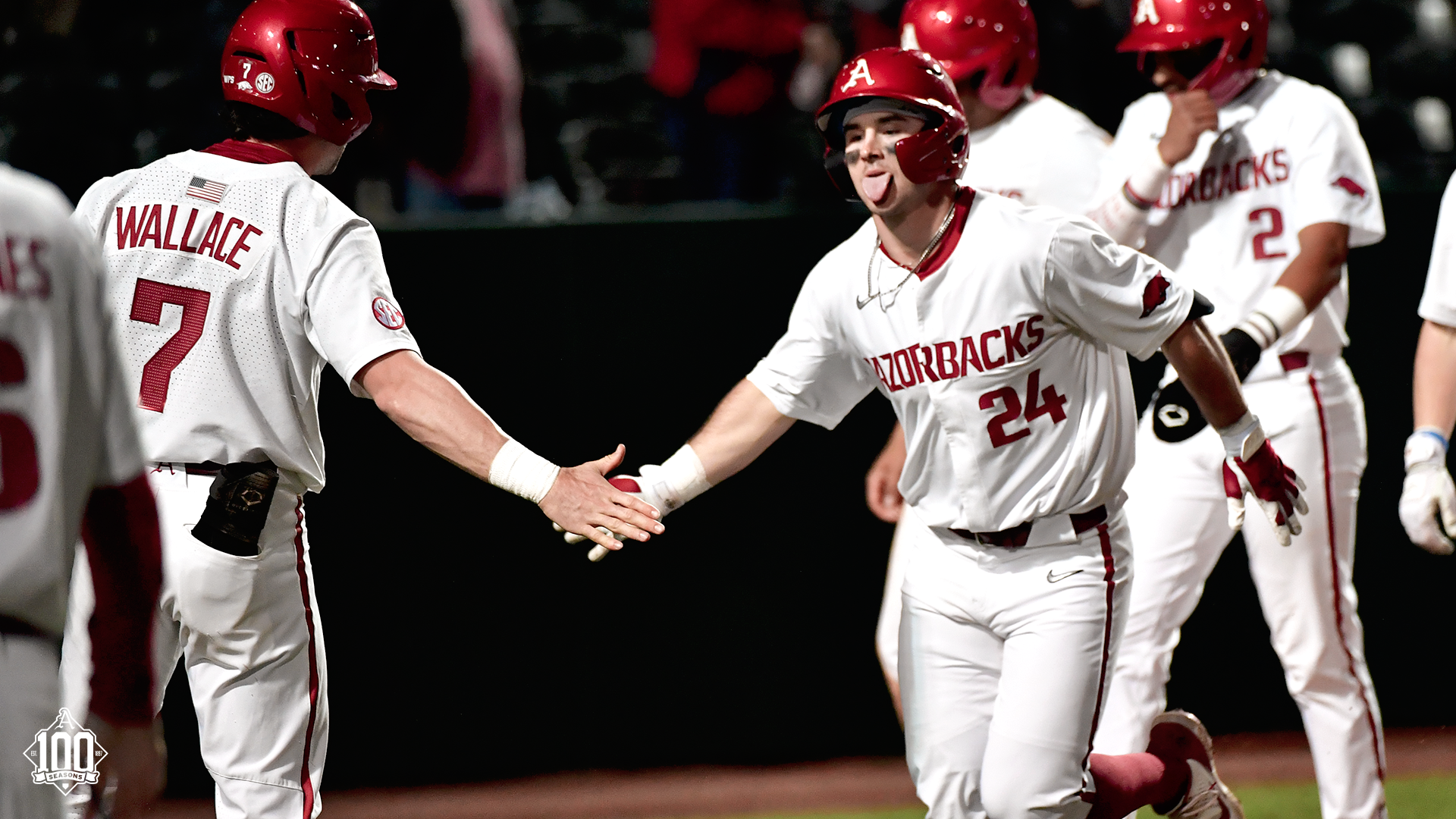 FAYETTEVILLE, Ark. – A walk-off run-rule grand slam is not something you see at the ballpark every day, but it happened on Tuesday night at Baum-Walker Stadium.

Braydon Webb’s grand slam in the bottom of the eighth powered No. 3 Arkansas (12-3) to a 14-1 run-rule win against Grambling (5-11), extending the Razorbacks’ season-long winning streak to seven games.

Arkansas entered the eighth inning with a 7-1 lead before scoring seven more runs in the bottom half of the frame to trigger the run rule and end the game early. Webb’s grand slam, his first hit of the season, was one of two Razorback home runs on the night.

Michael Turner continued his tear, swatting his fourth tater of the season in the fifth inning and driving in a team-leading three runs in the win. Peyton Stovall, meanwhile, collected a career-best three hits, including a double, and two RBI on Tuesday night.

Mark Adamiak started on the mound of the Razorbacks, turning in a career-long outing of four innings with a career-high six strikeouts. The right-hander allowed only one run on two hits and a walk.

The Hog bullpen was spectacular in relief of him, combining for seven strikeouts over four scoreless and hitless frames. Elijah Trest struck out two in his one inning of work, while Zebulon Vermillion fanned a batter in his perfect frame.

Gabriel Starks impressed out of the bullpen as well, striking out four in two scoreless innings as the Arkansas pitching staff combined for a two-hitter with 13 strikeouts.

Arkansas and Grambling conclude their two-game midweek series tomorrow afternoon. First pitch is set for 4 p.m. inside Baum-Walker Stadium on SEC Network+, with right-hander Austin Ledbetter getting the start for the Razorbacks.