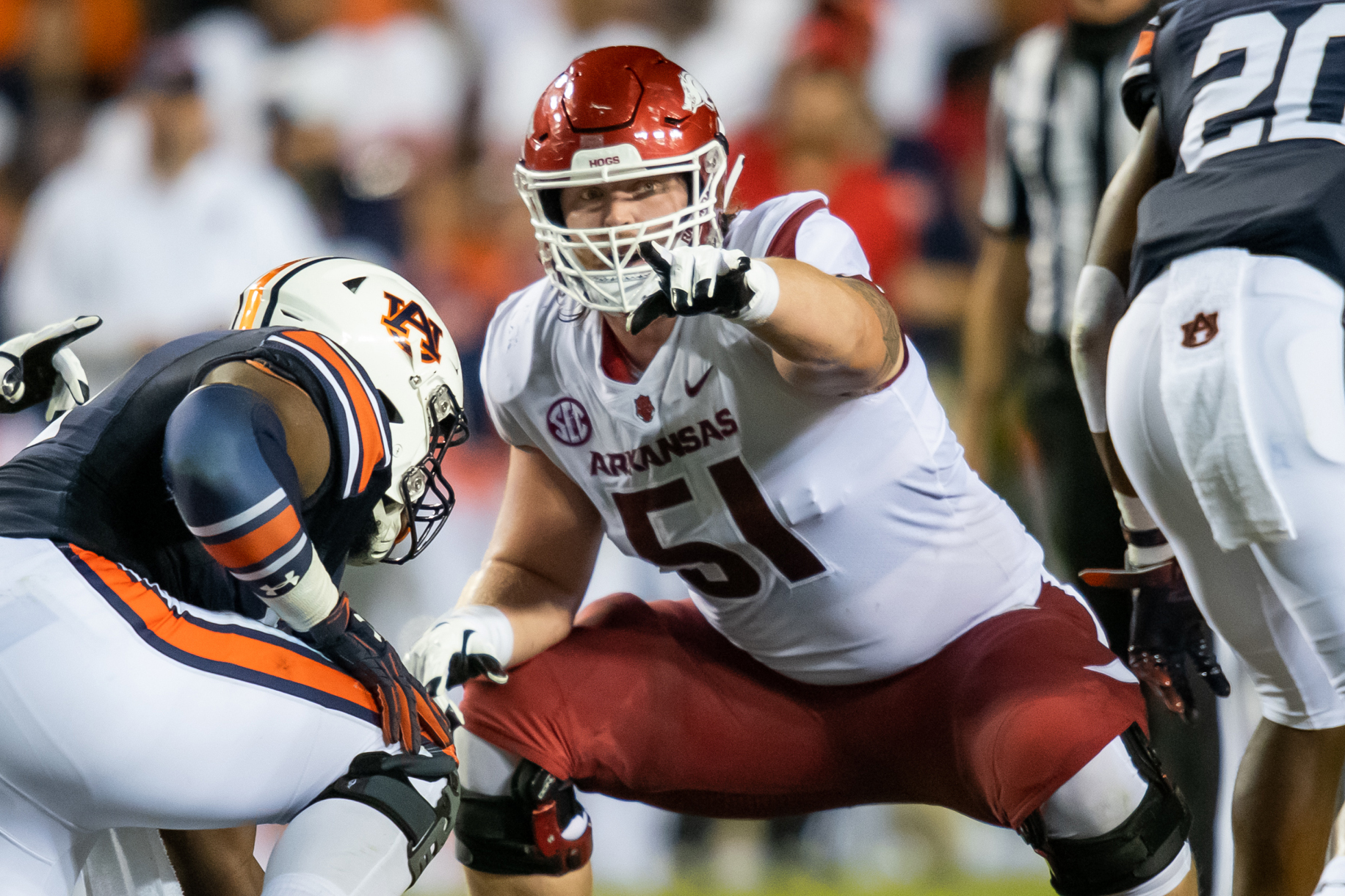 Senior Hjalte Froholdt has been named a semifinalist for the William V. Campbell Trophy, an award recognizing an individual as the absolute best football scholar-athlete in the nation.

The senior from Svendborg, Denmark has been a consistent piece of the Razorback’s offensive line for the last four seasons. The senior is slated to earn his 30th consecutive start on Saturday at AT&T Stadium against Texas A&M. The semifinalist honor for the Campbell Trophy adds to a growing list of accolades for Froholdt, who was named a second-team preseason All-American and first-team All-SEC by Phil Steele along with second-team All-SEC by the league’s media and coaches. He is also on the watch list for the Wuerffel Trophy and Outland Trophy as well as being Arkansas’ Allstate AFCA Good Works Team nominee.

Froholdt is one of 179 semifinalists, which were nominated by their schools and are limited to one nominee each. Candidates for the awards must be a senior or graduate student in their final year of playing eligibility, have a GPA of at least 3.2 on a 4.0 scale, have outstanding football ability as a first team player or significant contributor and have demonstrated strong leadership and citizenship. The class is selected each year by the NFF Awards Committee, which is comprised of a nationally recognized group of media, College Football Hall of Famers and athletics administrators.

The NFF will announce 12-14 finalists on Oct. 31, and each of them will receive an $18,000 postgraduate scholarship as a member of the 60th NFF National Scholar-Athlete Class. The finalists will travel to New York City for the 61st NFF Annual Awards Dinner on Dec. 4, where their accomplishments will be highlighted in front of one of the most powerful audiences in all of sports. Live during the event, one member of the class will be declared as the winner of the 29th William V. Campbell Trophy® and have his postgraduate scholarship increased to $25,000.