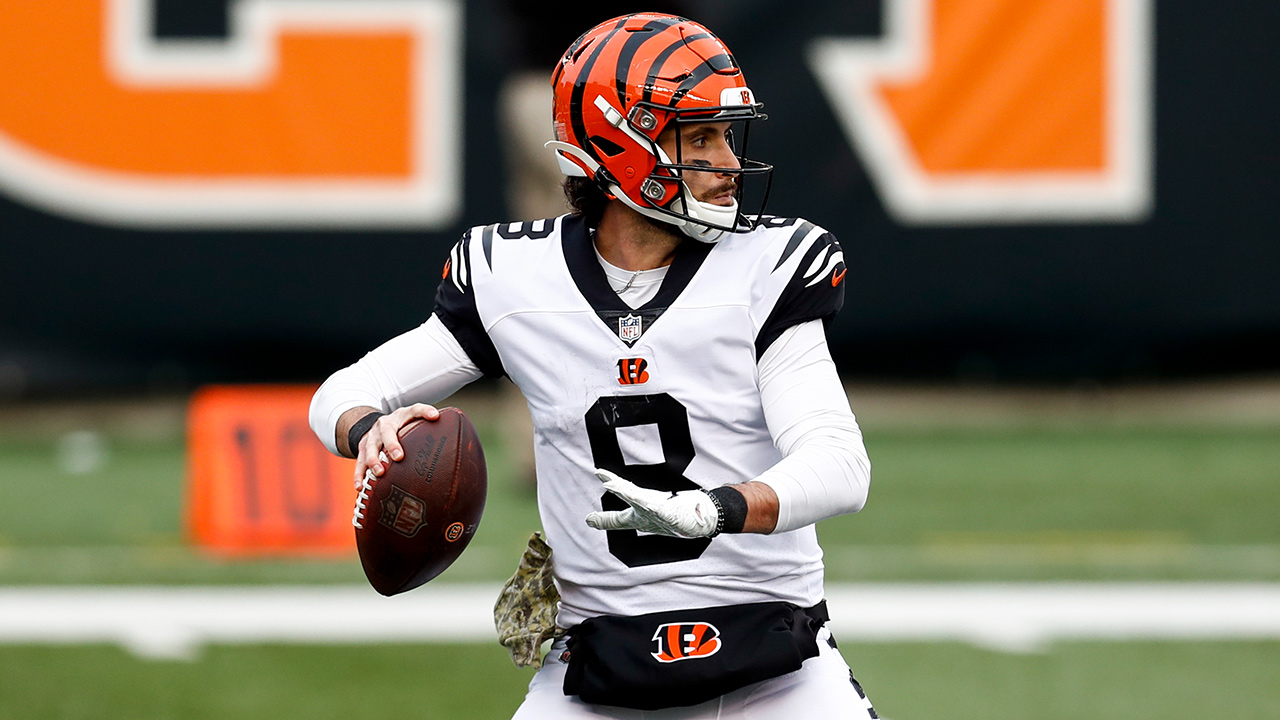 FAYETTEVILLE, Ark. – Here is a look at how the 16 former Arkansas football players active on NFL rosters fared this past weekend in Week 16 of the NFL season.

Curl tallied a team-leading nine tackles and his second career interception in Washington’s 20-13 setback to Carolina. He picked off Panthers QB Teddy Bridgewater, tacking on a 12-yard return late in the first half. Curl has made 86 stops this season, passing Hall of Fame CB Champ Bailey (1999) for third-most tackles by a rookie in franchise history. According to PFF, his defensive grade (69.9) and coverage grade (72.4) are tops among all rookie safeties. Opposing receivers have caught 81.3% of passes when covered by Curl, fourth-best among all league safeties.

Allen outdueled three-time Pro Bowler Deshaun Watson, throwing for career-highs of 371 yards and two touchdowns on 29-of-37 passing in Cincinnati’s 37-31 win at Houston. PFF graded Allen at 91.0, the NFL’s second-highest QB grade of the week behind Tampa Bay’s Tom Brady (93.3). He completed 78% of his passes, averaging 10 yards per attempt, helping the Bengals roll to season-highs in points and total yards (540). Allen hooked up with TE Drew Sample for a 6-yard score in the first quarter and WR Tee Higgins on a 20-yard score in the third quarter, that was SportsCenter’s No. 4 play of the day. With the Bengals trailing 31-27 and six minutes on the fourth quarter clock, Allen engineered a 10-play, 75-yard touchdown drive, completing all three of his pass attempts before RB Samaje Perine plunged into the end zone from three yards out. Cincinnati has won back-to-back games for the first time in two seasons.