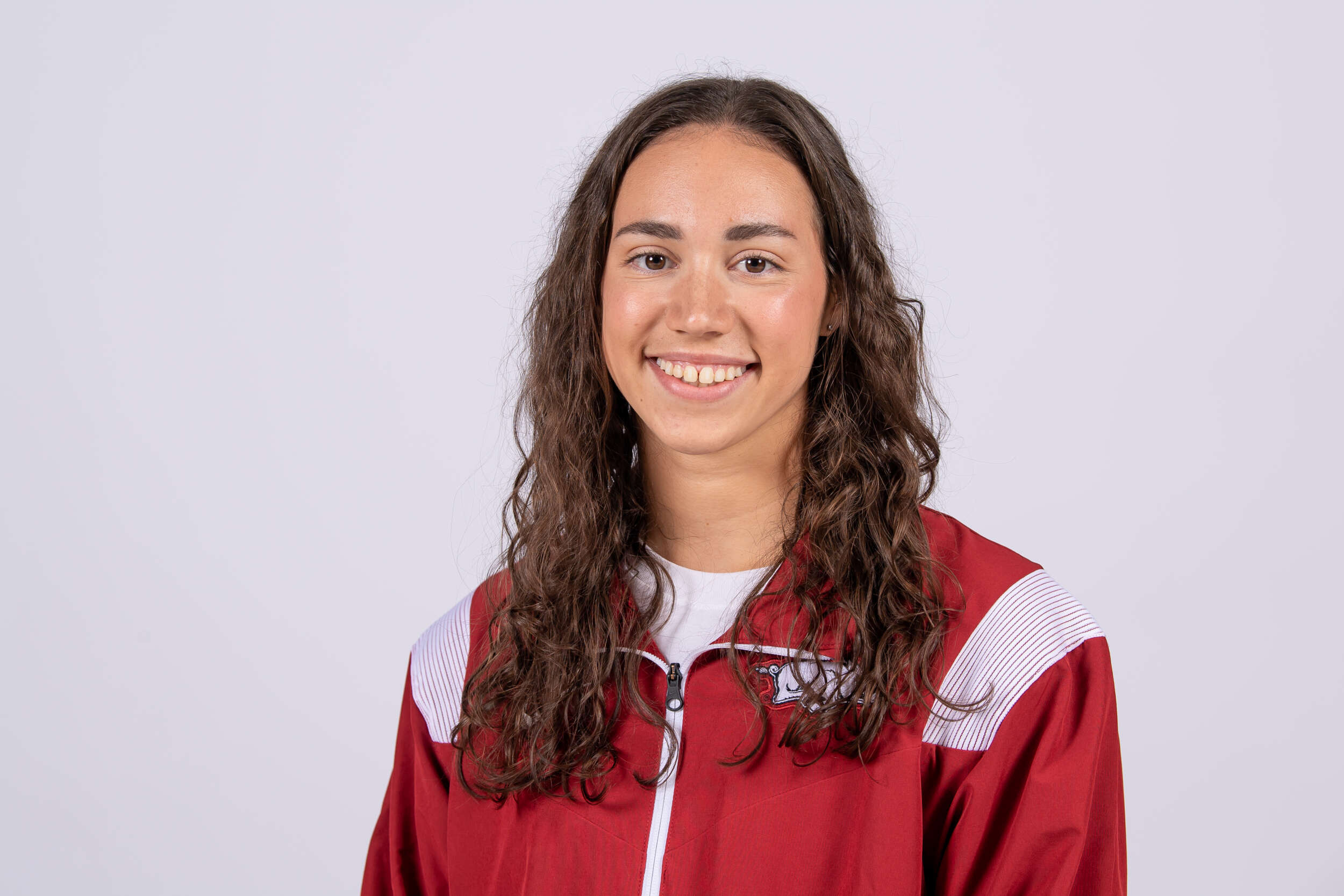 Prior to Arkansas
Four-year letter winner in swimming and two-year letter winner in track at West Des Moines Valley High School … Helped lead the Tigers to a sixth-place finish at state in 2016, an eighth-place finish in 2017, a 12th place finish in 2018, and an 11th place finish in 2019 … Placed fourth in the 200 free relay and was named Second-Team All-State her freshman year … Placed fourth and was an Automatic All-American in the 50 free, as well as being named Second-Team All-State her sophomore year … Placed second in the 100 fly as well as third and was an Automatic All-American in the 50 free her junior year, earning First-Team All-State … Finished third in the 100 fly, was named First-Team and Senior-Team All-State, and earned an All-American Consideration in the 50 free … Swam club for Dowling Catholic Riptide, where she earned two championships and six podium finishes.

Reason for Choosing Arkansas
“I choose Arkansas because I love the team atmosphere, the amazing support staff, and Fayetteville is a beautiful place to live.”