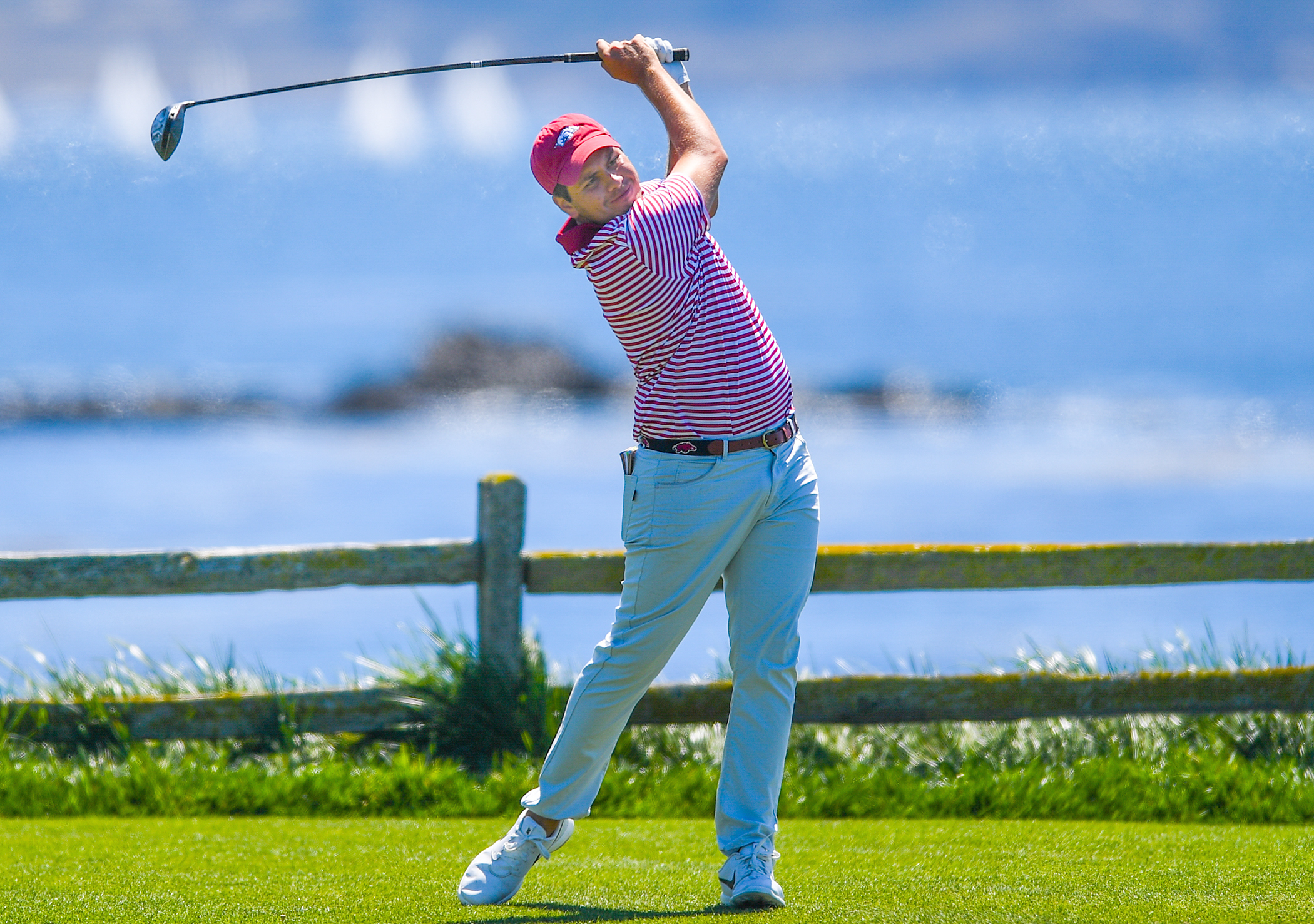 VESTAVIA HILLS, Ala. – The 13th-ranked Arkansas men’s golf team is in sixth place with a 36-hole total of 571 in the 12-team Jerry Pate National Intercollegiate. Monday’s rounds at Old Overton Country Club (par 70, 7,204 yards) featured a light, but steady, rain throughout the day.

Julian Perico, the defending champion, offset two bogeys and a double with four birdies to fire an even-par 70 in the morning. Later he reeled off 14 pars with two bogeys and two birdies for a second-straight, even-par 70. Perico is tied for 15th with his 36-hole score of 140. 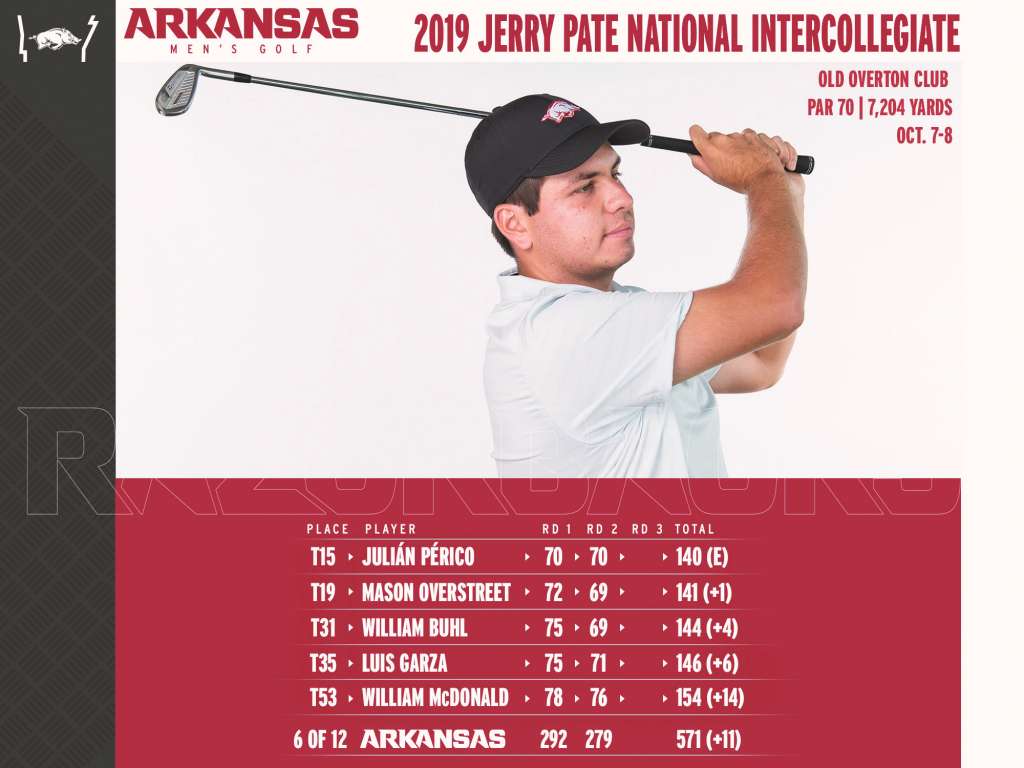