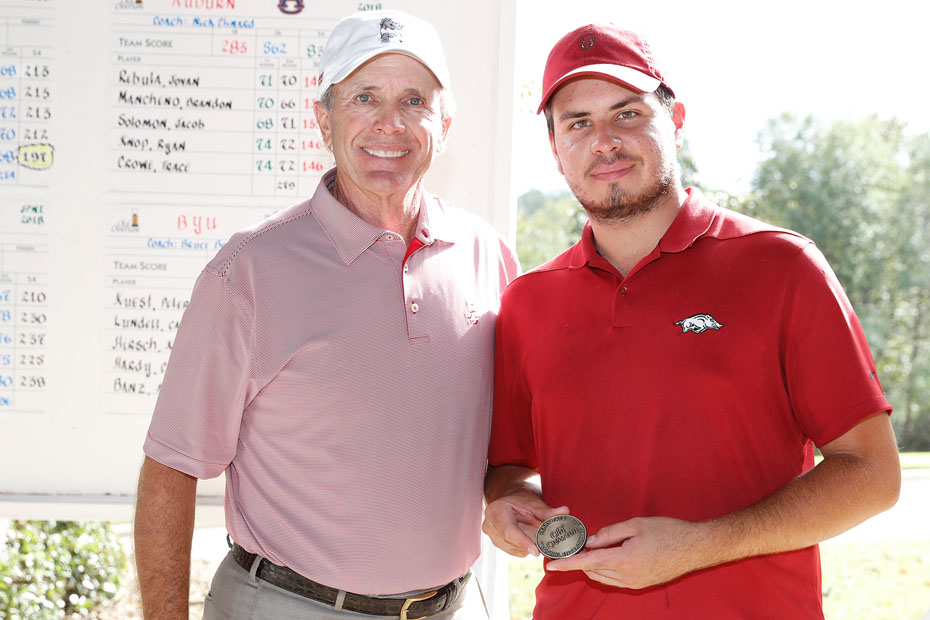 #13 Razorbacks Look to Make it Three Straight at Alabama

This will the 10th time Arkansas has played at the event, including a streak of six consecutive years. Last year, Julian Perico led Arkansas to a program-best, second-place finish as the then-freshman won his first collegiate event. The previous year, Mason Overstreet won the event with a 54-holes score of 200 (-10).

Perico not only won by an impressive four strokes last season but posted rounds of 64-65-68 to set a pair of school records in the process. He established program records with a 36-hole total of 129 and a 54-hole score of 197 (-13). Overall, Arkansas finished one stroke behind host and team champion Alabama as all five Razorbacks finished inside the top 20.