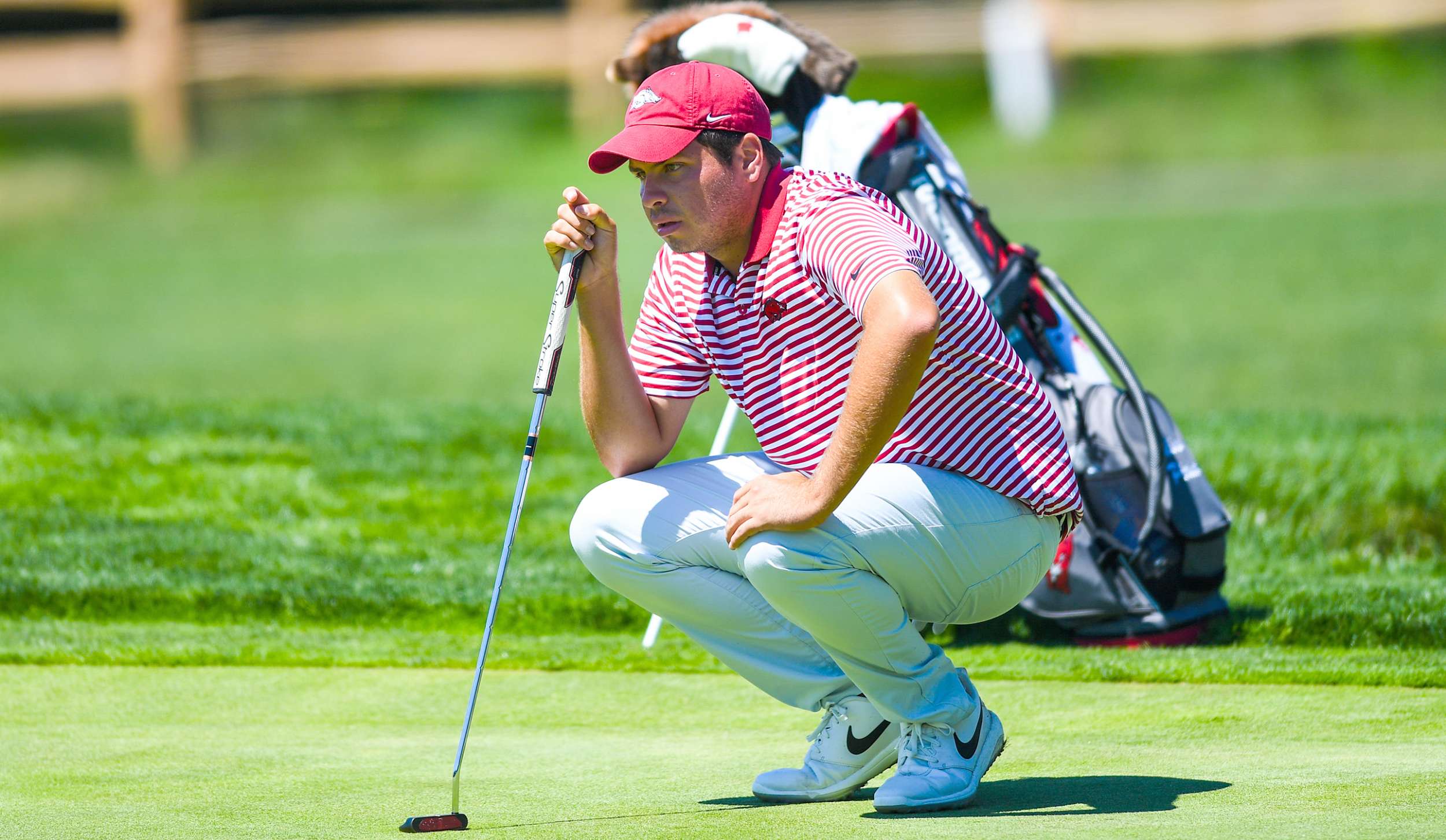 VESTAVIA HILLS, Ala. – The Arkansas men’s golf program, ranked 13th nationally, finished with a 54-hole total of 852 (+12) to place seventh in the 12-team Jerry Pate National Intercollegiate, played at Old Overton Club (par 70, 7,204 yards). Individually, Julian Perico birdied his last hole to finish -1 for the event and place 14th. William Buhl posted a 3-under-par 67 to tie three others for the best round of the day.

Luis Garza jumped eight spots on the leaderboard to tie for 27th with a final-round 70. He tied with teammate and 2017 Jerry Pate National champion Mason Overstreet for 27th as each finished with a 54-hole total of 216 (+6). William McDonald rounded out the Razorback contingent, tying for 54th with a score of 232 (+22).

Arkansas will conclude the fall position of its schedule Nov. 1-3 at the White Sands Intercollegiate in Paradise Island, The Bahamas. 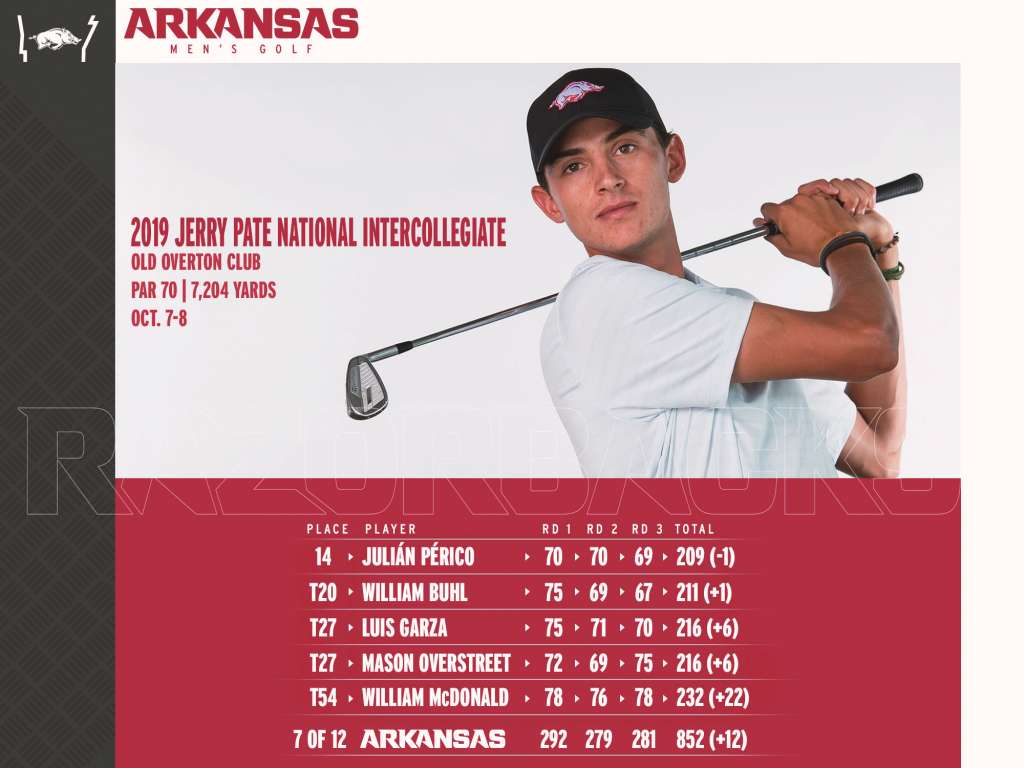