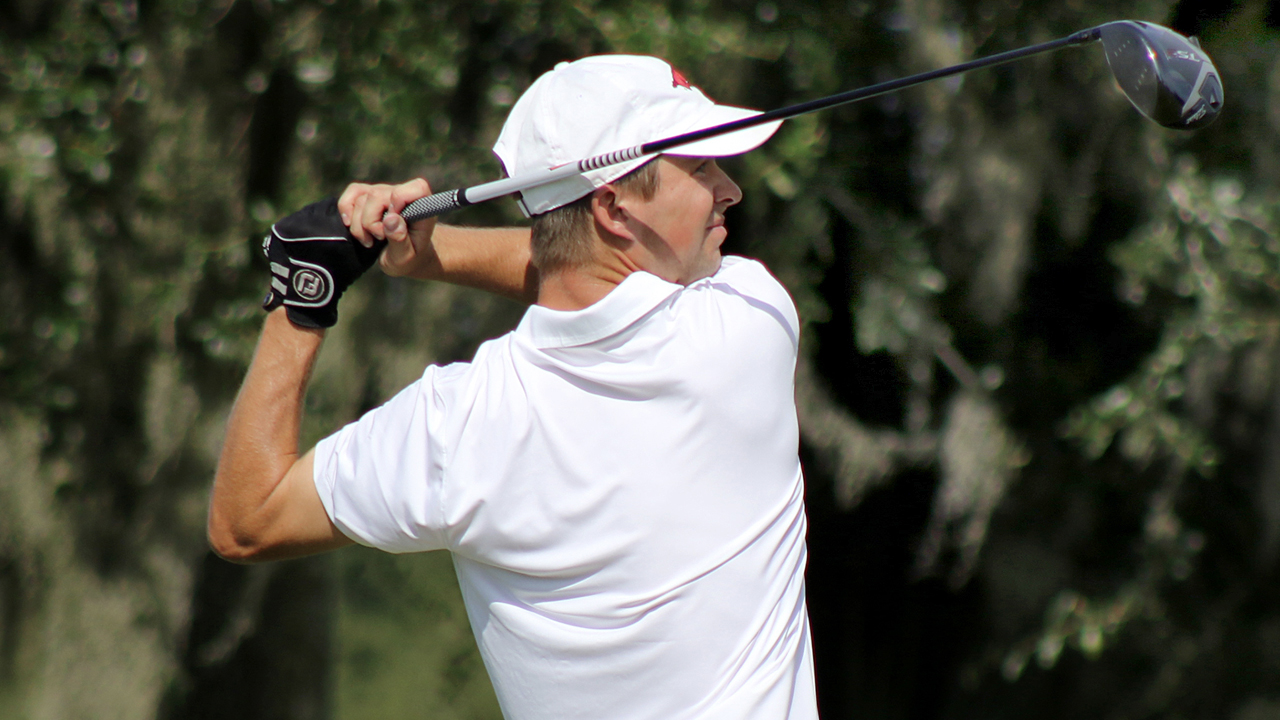 VESTAVIA HILLS, Ala. – Arkansas only trailed for three holes over five matches and cruised to a 5-0 victory over Kentucky to wrap up the SEC Match Play, hosted by Jerry Pate at Old Overton Club.

The #14 Razorbacks were the 12 seed after 54 holes of stroke play the previous two days and Kentucky was the 14 seed.

Wil Gibson and Julian Perico opened the day with 3&2 wins over Dhaivat Pandya and Garrett Wood, respectively. Both Gibson and Perico tied their opponents on the first two holes. On the third hole, Gibson won with a birdie and Perico won with a par. From that point, Gibson and Perico did not surrender the lead. Both were 2-Up at the turn and both won their 16th hole to close out the 3&2 win.

Enrique Dimayuga was the only Razorback to trail, losing holes 1, 5 and 6 to Kevin Watts to be 1-Down. Dimayuga won the 7th hole to square the match and followed with a winning birdie on the 8th to go 1-Up. After tying holes 9 and 10, Dimayuga won holes 11, 13 and 14 to take a commanding 4-Up lead. Dimayuga sealed the 4&3 win by tying the 15th hole.

Manuel Lozada won the opening two holes over Campbell Kremer and never looked back in a dominating 5&4 win. Kremer trimmed his deficit by winning the 3rd holes before Lozada won holes 5 and 7 to grab a 4-Up lead. Kremer won hole 10 but Lozada won holes 11 and 13 to seal the victory. 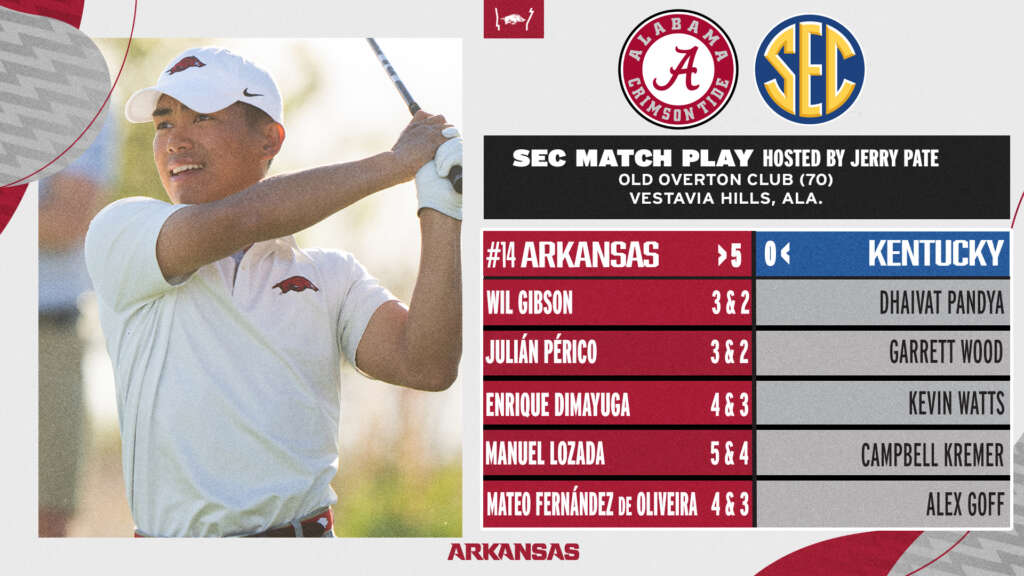