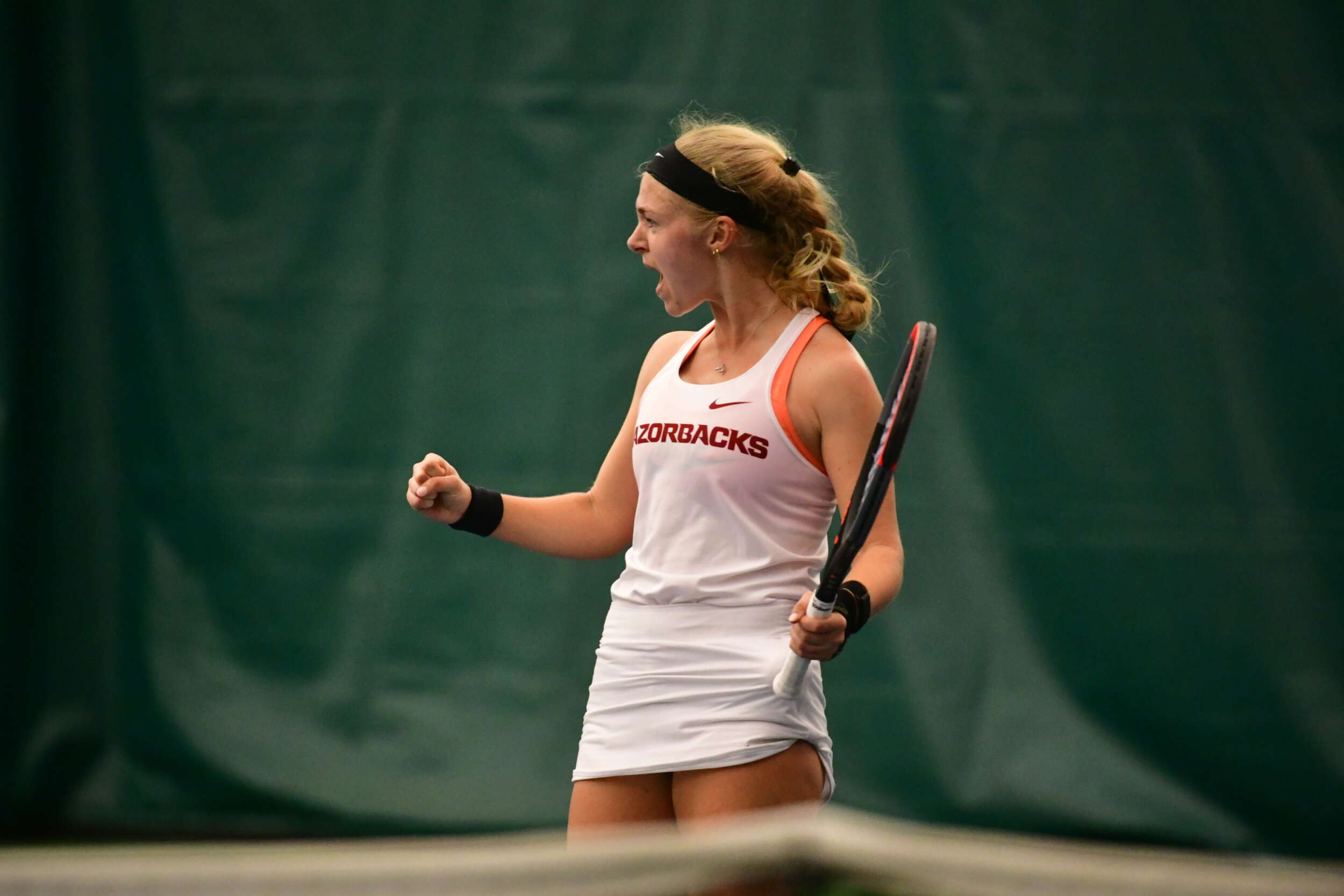 No. 23 Arkansas Upsets No. 9 Vanderbilt

FAYETTEVILLE, Ark. – The No. 23 Razorback women’s tennis team claimed an upset over Southeastern Conference foe, No. 9 Vanderbilt 4-3 on Friday afternoon at the Billingsley Tennis Center. The win moves Arkansas to 10-0 on the year while Vanderbilt falls to 10-2 overall.

Junior Laura Rijkers clinched the win for Arkansas with an exhilarating three-set victory over Vanderbilt’s Marcella Cruz on court six. After falling to Cruz 7-6 (5) in the first set, Rijkers fought back for an impressive 6-7 (5), 7-6 (5), 6-4 comeback.

Sophomore Kelly Keller and Rijkers gave Arkansas an early advantage in doubles play as they won their match against Vanderbilt’s Christina Rosca and Anessa Lee, 6-4. Freshmen pair Indianna Spink and Morgan Cross were leading on court two 5-4, but Commodores Emma Kurtz and Cruz forced the match into a tiebreaker set where the Razorbacks ultimately fell 7-6 (5).

Now tied at one doubles win apiece, Arkansas looked to Lauren Alter and Tatum Rice in the No. 1 position. Facing Anna Ross and Holly Staff, Alter and Rice battled into a tiebreaker set as well but came up just short 7-6 (5).

Rice evened the score quickly in singles play, defeating Anna Ross, 6-2, 6-3 on court three. With the victory, Rice extended her singles winning streak to three matches and improved her singles record to 7-2 this spring.

The Hogs continue to give it their best fight, as the teams traded wins and were tied again at 3-3. Cross dropped her tiebreaker set to Holly Staff on court four in a 6-4, 3-6, 6-4 marathon match. On court two, Keller bounced back after a set-one loss, to claim a victory over Kurtz 4-6, 6-2, 6-3.

Arkansas returns to the court on Sunday to host Kentucky. Sunday’s match against the Wildcats is set to start at noon and is available for fans to watch for free, via Playsight.