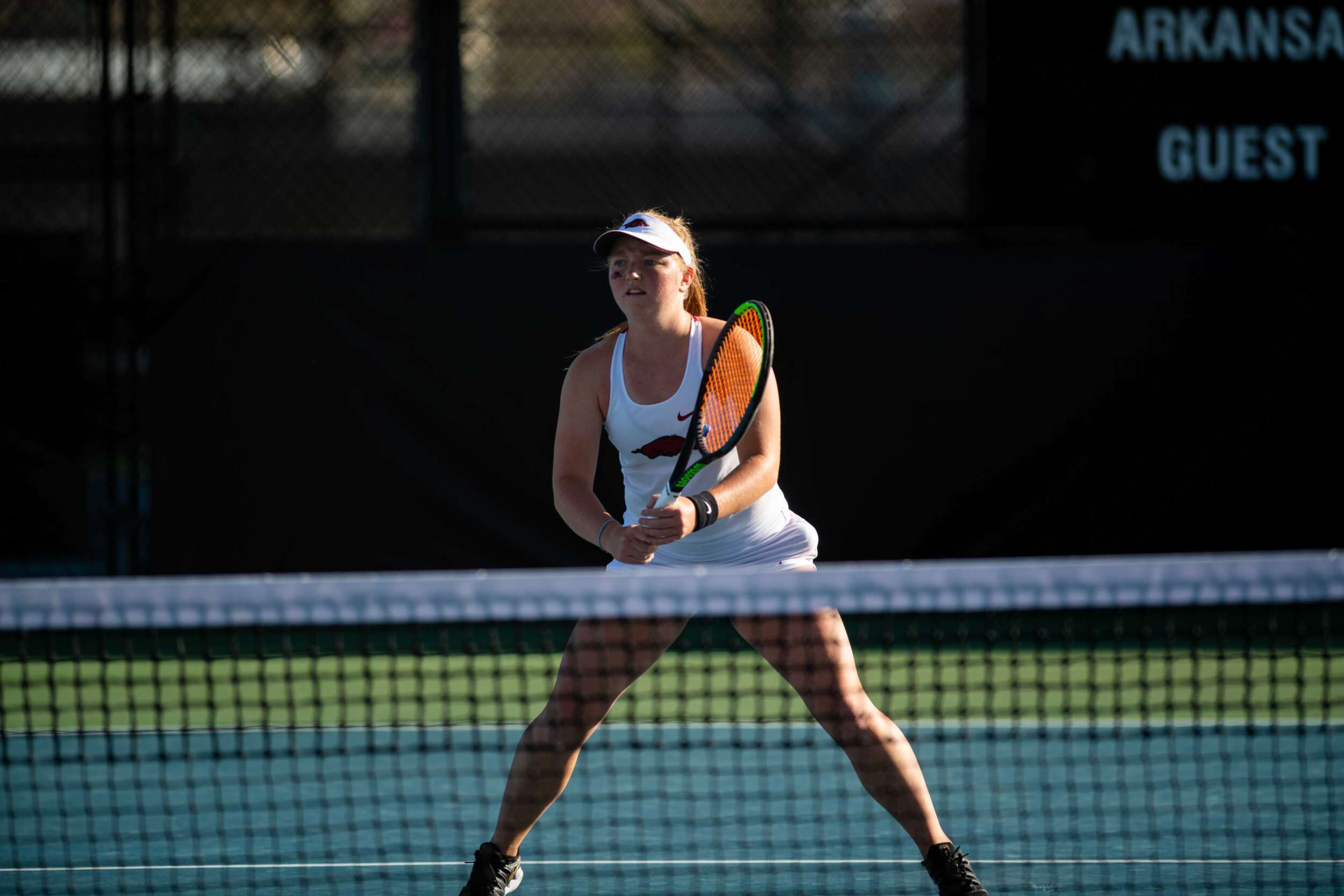 COLLEGE STATION, Texas. – The No. 28 University of Arkansas women’s tennis team lost at No. 20 Texas A&M on Sunday, starting off hot in singles play but eventually dropped a 4-1 decision to the Aggies. With the loss, the Razorbacks fall to 10-9 on the season and 4-9 in Southeastern Conference play.

In doubles play, number one pair Morgan Cross and Tatum Rice secured a 6-3 win over No. 43-ranked Aggies Tatiana Makarova and Jayci Goldsmith. Lauren Alter and Indianna Spink paired up for a battle on court two but fell to Renee McBryde and Dorthea Faa-Hviding 6-3.

Now with both Arkansas and Texas A&M with one win apiece, both teams looked to court three, where Kelly Keller and Laura Rijkers faced Riley McQuaid and Katya Townsend. Townsend and McQuaid ultimately came up with the 6-4 win, clinching the doubles point for the Aggies.

Keller was the lone Razorback with a singles win in College Station, taking down Goldsmith 6-3, 6-4 in the number two spot. Keller’s win tied the match, 1-1.

The Hogs fell on court four, five and six to capture the win for the Aggies. Alter led 4-1 in the first set, but her opponent McQuaid fought back to take the match 7-5, 6-4. Cross took Faa-Hviding into a tiebreaker set after falling in the first and coming back to win the second, Cross ended up losing her match 2-6, 6-3, 1-6. Rijkers took a thrilling first-set win over McBryde on court five, 7-6 (11) but could not keep the momentum on her side as McBryde ran away with a 6-7 (11), 6-0, 6-0 win.

When the match was clinched Spink and Rice were both in the midst of exciting matches on courts one and three respectively. Spink had forced No. 22 Makarova into a tiebreaker set after a comeback set-two win, Makarova had a slight lead in the tiebreak at the end of the match 6-2, 3-6, 5-2. Rice too had fought back for a set-two victory when the match was won, on the tail of Townsend 6-3, 4-6, 5-4 in the tiebreaker set.

Arkansas looks ahead to the SEC Tournament, set to begin on Monday, April 19 in Tuscaloosa, Ala.