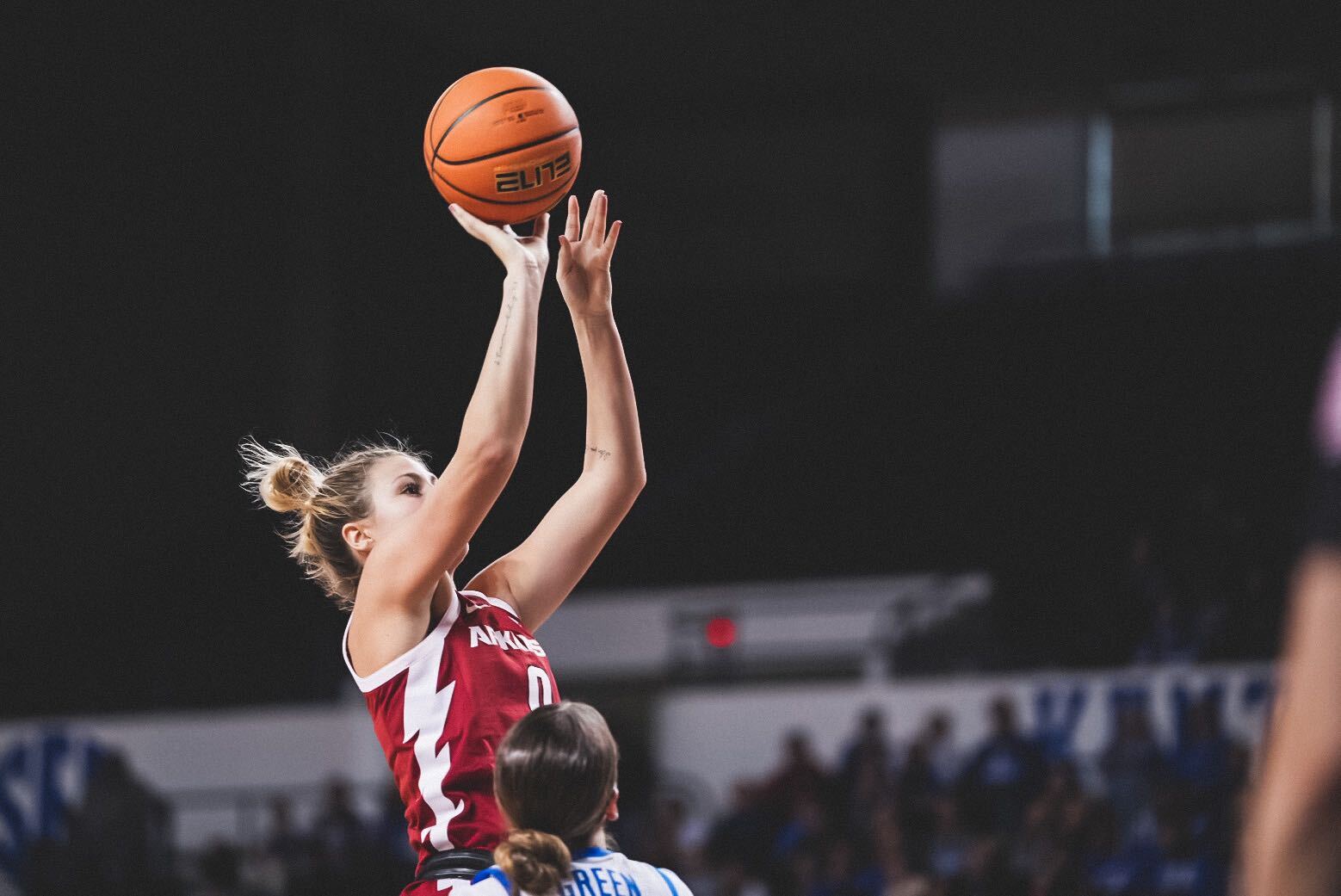 LEXINGTON, Ky. – The No. 24/23 Arkansas women’s basketball team bounced back from a three-game losing streak with a 71-50 win over Kentucky on New Year’s Day. Arkansas’ win was the first time the Razorbacks leave Lexington victorious since 2003 in a series where Kentucky had won nine out of the previous 10 games. The Razorbacks were paced by a well-balanced offensive attack with a season-high 22 assists. Saylor Poffenbarger and Erynn Barnum had 17 points apiece, while Barnum also added eight boards, a career-high seven assists and three blocks.

In the opening minutes of the game, once Arkansas got on the board, Kentucky would respond on the other end to tie the game. After Kentucky went up by two, Poffenbarger converted a basket and a foul to help the Razorbacks go up 9-8 just after the media timeout. Kentucky was held off the scoreboard for the remaining 5:33 of the half and Arkansas capitalized by going on a 10-0 run, capped off by a Rylee Langerman 3-pointer, who also made several key defensive plays. Arkansas held a 16-8 lead after the first quarter, highlighted by forcing 10 Wildcat turnovers in the first 10 minutes.

Barnum scored the Razorbacks’ first six points out of the break, all off layups to force Kentucky to take a timeout, as Arkansas led 22-8 with 7:03 left in the second quarter. After Kentucky took its timeout, the Wildcats came out strong in the paint with back-to-back baskets, but Barnum kept rolling with another layup. Arkansas was up by as many as 20, 32-12, following a deep Samara Spencer 3-pointer, but Kentucky got going on a 7-2 run to close the half with the Razorbacks ahead, 34-19.

Kentucky kept their momentum rolling from late in the first half by scoring the first four points out of the break. The Razorbacks would respond with 3-pointers on the next two possessions courtesy of Carr and Makayla Daniels. Those two triples sparked a 12-2 run, as the Razorbacks extended their lead, 46-25, with 4:41 remaining in the third quarter. Initiated by another Daniels’ triple, Arkansas closed out the quarter on a 7-3 run to lead, 53-28, after 30 minutes.

The Razorbacks will be back at Bud Walton Arena to host Florida on Thursday, Jan. 5 at 7 p.m. The game will be broadcast on SEC Network+.