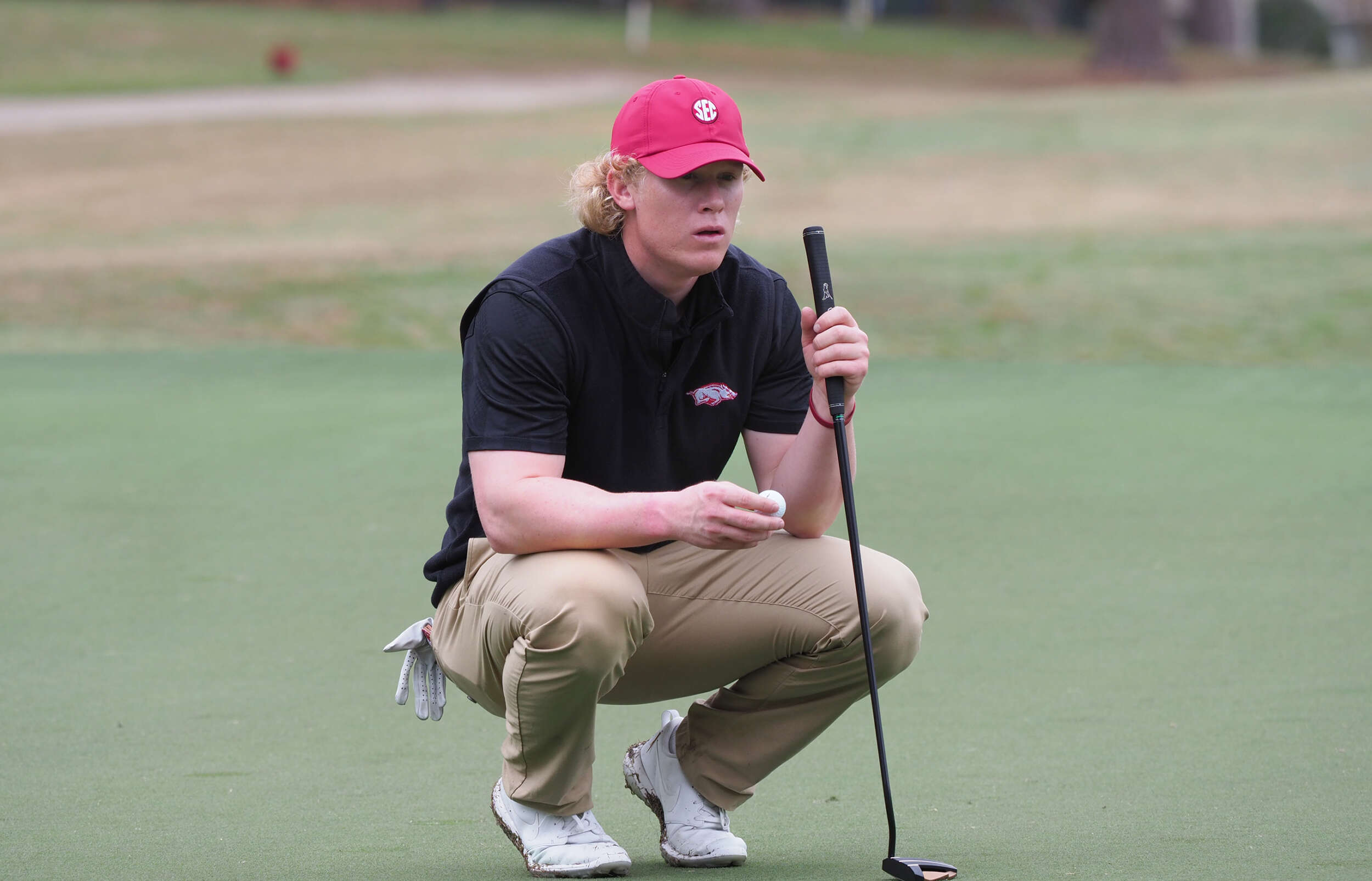 The event was the spring opener for the Razorbacks and featured 10 of the top 16 teams in the country. Due to inclement weather, the scheduled three-day event was condensed t two with 30 holes being played Friday and 24 holes played Saturday to complete the 54-hole event.

Julian Perico led the Razorbacks for the event. The junior shot a 5-under-par 65 in the opening round and finished the tournament with a pair of even, par rounds of 70 – thanks to birdies on two of his last three holes – to tie for 18th (205). It is Perico’s third top 20 finish in four events this season and he has shot par or better in eight of his 12 rounds.

Tyson Reeder carded two rounds under par, posting a 1-under 69 in rounds one and two, before finishing with an even-par 70. The graduate senior tied for 35th with a 2-under-par 208.

Mason Overstreet carded a bogey-free final round and led the team over the final 54 holes with a 3-under 67. He was even for the tournament (210) and tied for 48th. The final-round flourish is not new for Overstreet as he leads the team in round-three scoring at 68.3. 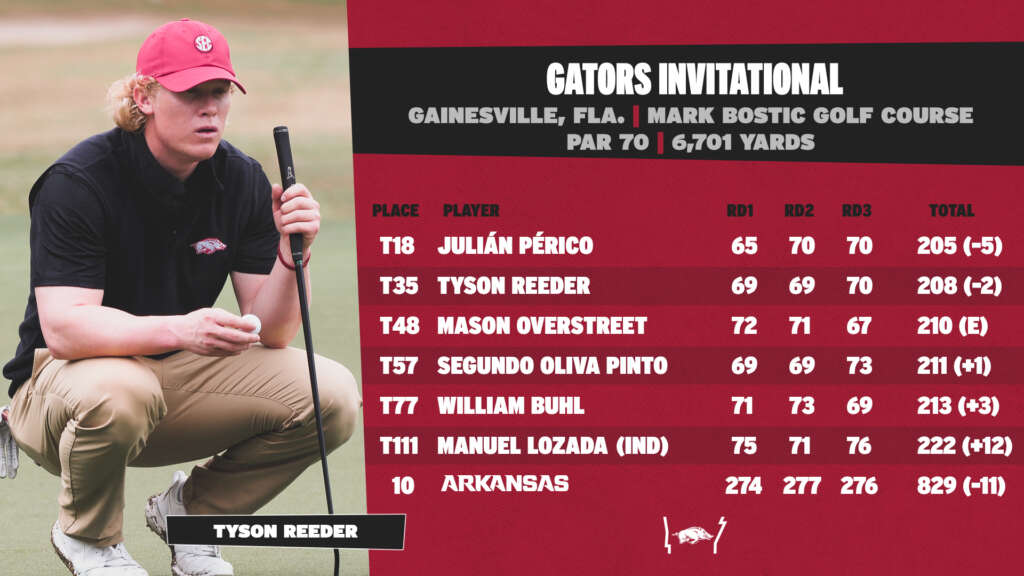