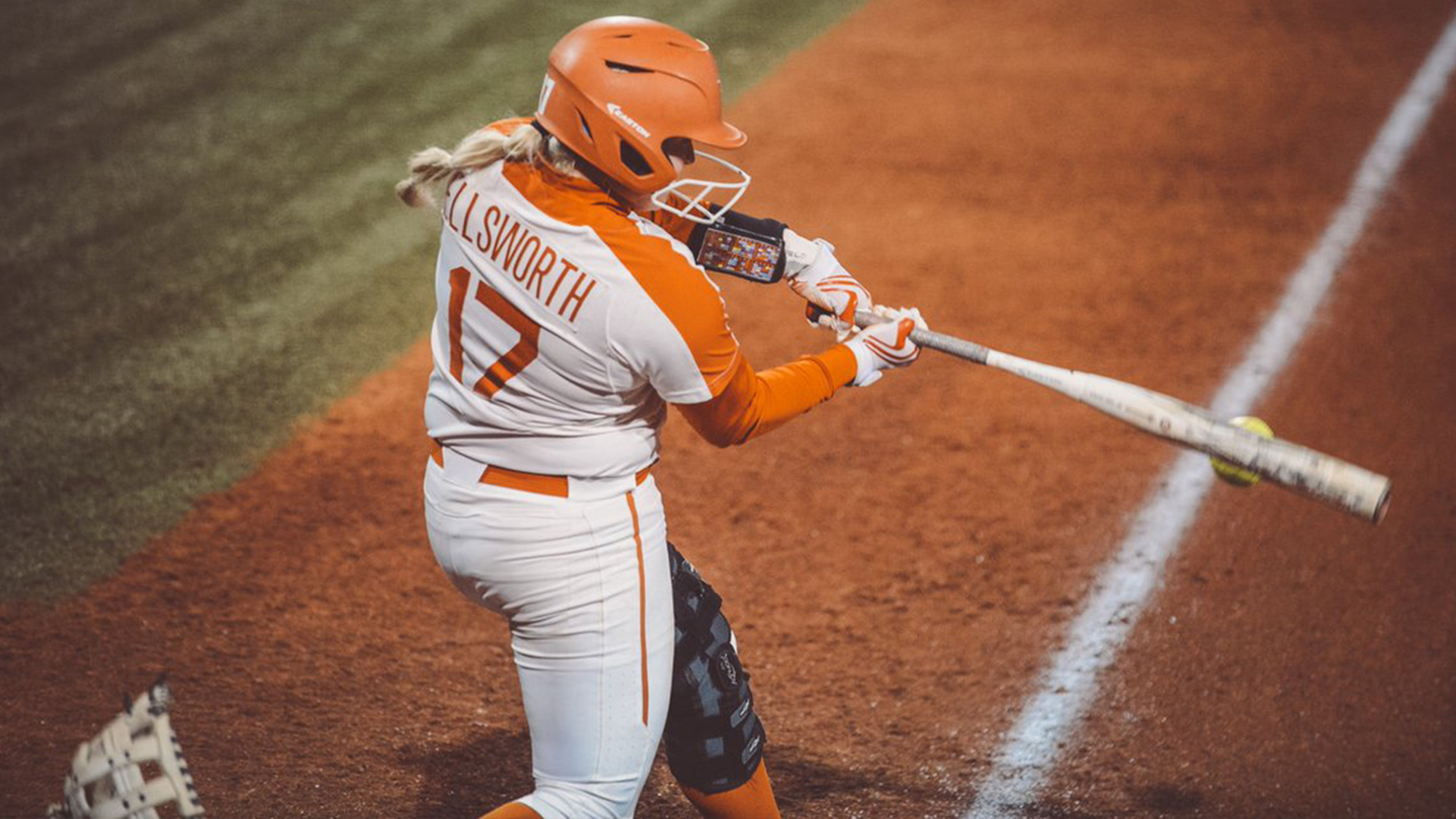 FAYETTEVILLE, Ark. – Arkansas softball head coach Courtney Deifel has announced the addition of Taylor Ellsworth to the Arkansas softball program as a graduate transfer from Texas. While playing for the Longhorns, the Georgetown, Texas native garnered All-Big 12 Conference and NFCA All-Region first team recognition and will have one season of eligibility for the Razorbacks.

Helping Texas to a 43-14 record and Super Regional appearance last season, Ellsworth ranked second on the team posting a .372 (42-for-113) batting average and nine doubles while hitting seven home runs, driving in a career-high 31 runs, reaching base at a .423 clip and slugging .637. She earned her second career All-Region nod on the second team and saw action in 48 games as a utility player behind the plate, in the outfield and at designated player. Ellsworth logged a season-high three hits in the Big 12 Tournament against Oklahoma State and lifted her play during the NCAA Tournament, recording a hit in five of seven contests.

Ellsworth was limited to only 20 games played over the 2020 and 2019 seasons. She hit a crucial two-run home run in the fourth inning of a 6-4 eight inning road win over No. 1 UCLA during the COVID-19 truncated season. An injury limited her to three games as a junior in 2019.

Bursting on the scene as a freshman in 2017, Ellsworth led the team and ranked fifth in the Big 12 hitting .394 (52-for-132), and was named All-Big 12 first team, Big 12 All-Freshman Team and All-Region first team. She also led the Longhorns collecting 52 hits, 24 RBIs, 67 total bases and a .508 slugging percentage. The rookie saw action in 44 games and recorded a .419 on base percentage. Against Oklahoma State, she had a career day at the plate going 5-for-5 and reached base in 32 of 44 games played.

Ellsworth did not play her final prep season to join the Longhorns early and hit .550 (120-for-218) over her three-year career at Georgetown HS, posting 21 home runs and 107 RBIs. She earned two all-state selections and grabbed District 25-5A Most Valuable Player honors.