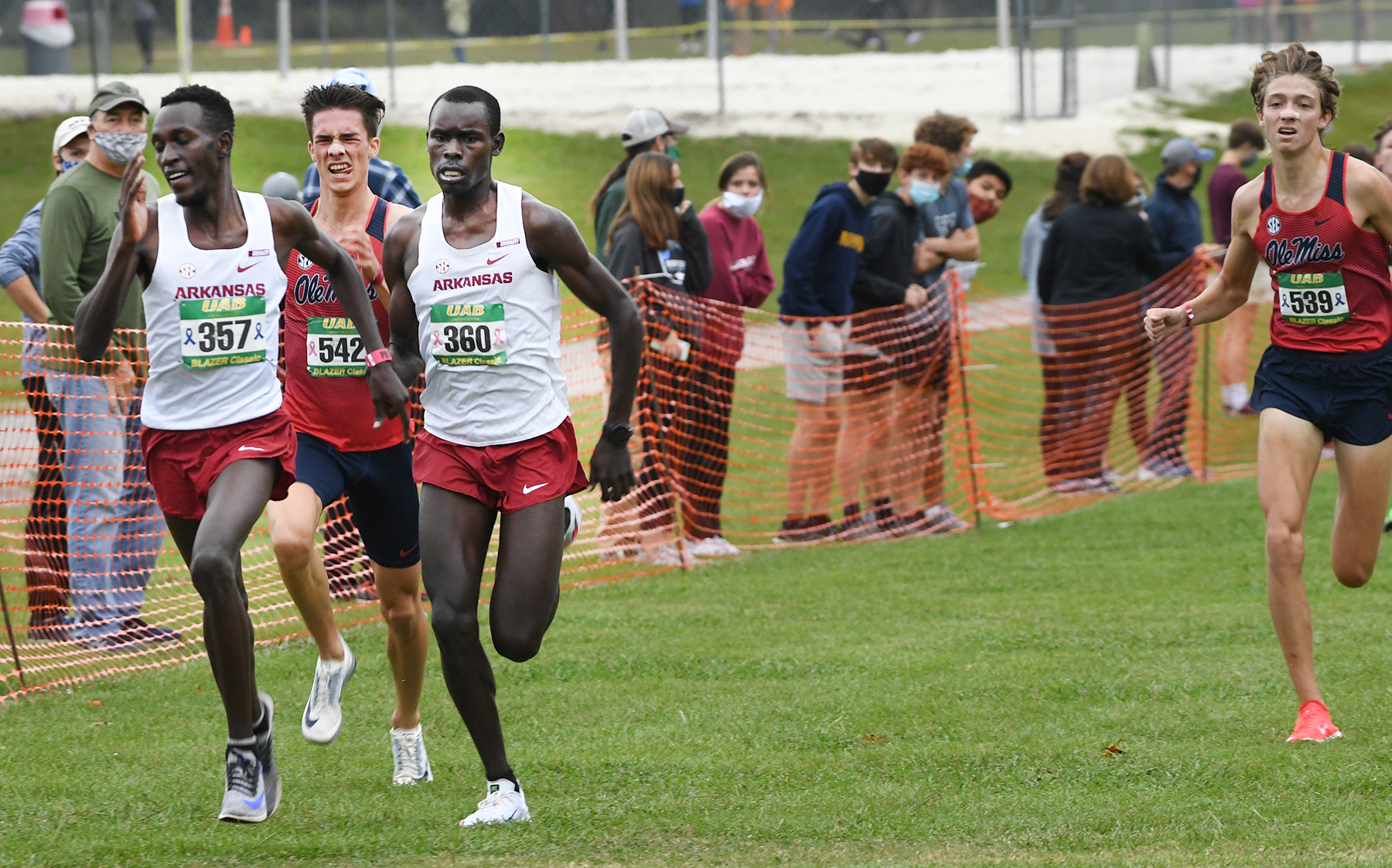 Amon Kemboi won UAB’s Blazer Classic in 23 minutes, 25.5 seconds over the 8,000m course at Veterans Park as he made his debut in a Razobrack singlet a special occasion in leading No. 4 Arkansas to a team victory over a 10-team field.

A team score of 29 points had the Razorbacks defeating Mississippi for the second time this season as the Rebels were runner-up with 50 points. Florida State followed with 97 while Tennessee (110) and Georgia Tech (138) rounded out the top five.

“I think we had a great team effort today,” said Arkansas men’s head coach Chris Bucknam. “It’s always tough to run against Ole Miss and Florida State, two traditionally tough cross country programs. I was very happy, but we still have some work to do. We probably need to freshen up a little bit now as we move towards the SEC Championships at the end of the month.

“I’m pleased with how our guys handled basically a month off from competition. This was our first 8k of the season, some of these other teams have already run at 8k. We chose to train, and it looks like it was a good move. You still have to get used to that race distance of the longer race.”

In the final stages of the race two Razorbacks and a pair of Rebels battled for the lead position. Arkansas’ Emmanuel Cheboson was a couple of strides ahead of Kemboi with Mississippi’s tandem of Mario Garcia Romo and Cole Bullock in hot pursuit.

“My teammate was in the lead, but I saw a couple of guys behind me. I noticed they were going to pass me, so I gave it my all. It was exciting working with my teammates in the lead pack during the race.”

Bucknam added: “It was Amon’s first race in a Razorback uniform and his first race since the NCAA Championships last November. I thought he did a really fine job. It shows you how talented he is. It was fun to watch him run again.”

“I was also pleased with Luke Meade and Andrew Kibet,” said Bucknam. “We’re excited to see both of them in that top group with this kind of talent in the field.”

The Razorbacks produced a spread of just 13.1 seconds among its top five and 24.8 seconds over its top seven.

“We made a couple of little tactical errors out there. I think our guys got excited a couple of times. Emmanuel, maybe, made a move a little too soon. Those are the things you clean up in getting ready for the championship season. We’re ready for more competition.”