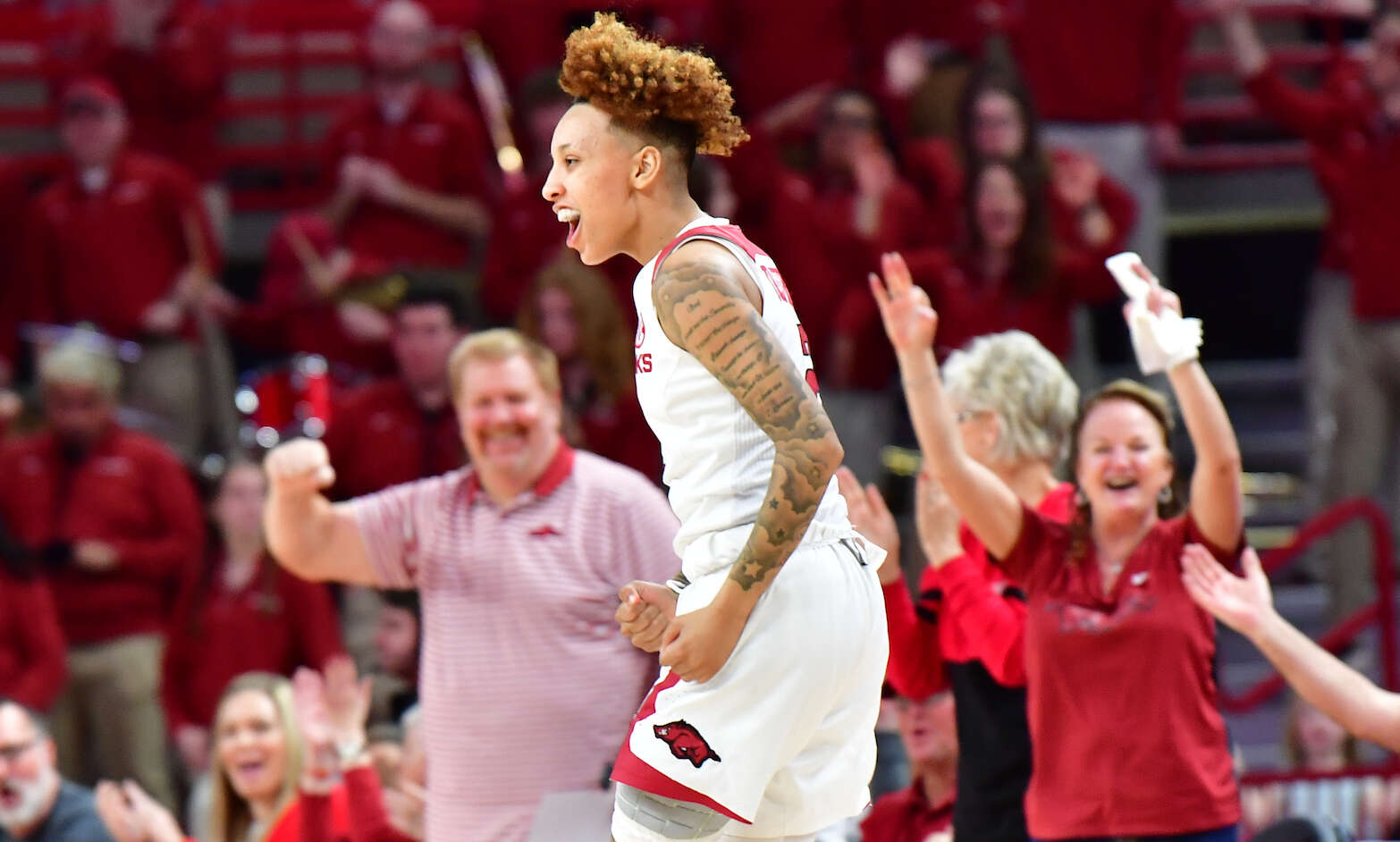 Fittingly, Arkansas was led by its senior duo, as Alexis Tolefree went for a game-high 17 points, while Kiara Williams went for nine points and four rebounds, all of which came on the offensive glass. Junior forward Taylah Thomas nearly double-doubled, going for 10 points and eight boards, while guards Chelsea Dungee and A’Tyanna Gaulden both reached double figures, going for 10 and 11 points, respectively.

The Hogs and Tigers traded blows all day, as no team ever led by more than eight points. LSU made it close late in the fourth, pulling to within two on several occasions.

After two Tolefree free throws, LSU would hit two freebies of its own to bring it back to two, as the Hogs led 73-71 with 24 seconds to play. After a near turnover due to LSU’s full court press, Dungee stepped to the line and calmly knocked down the decisive free throws.

The Hogs are headed to the SEC Tournament, but will not play until Thursday, courtesy of the five seed they earned in the regular season. They will face the winner of the Auburn and Vanderbilt game on Thursday afternoon in Greenville, South Carolina. That game will air on the SEC Network.