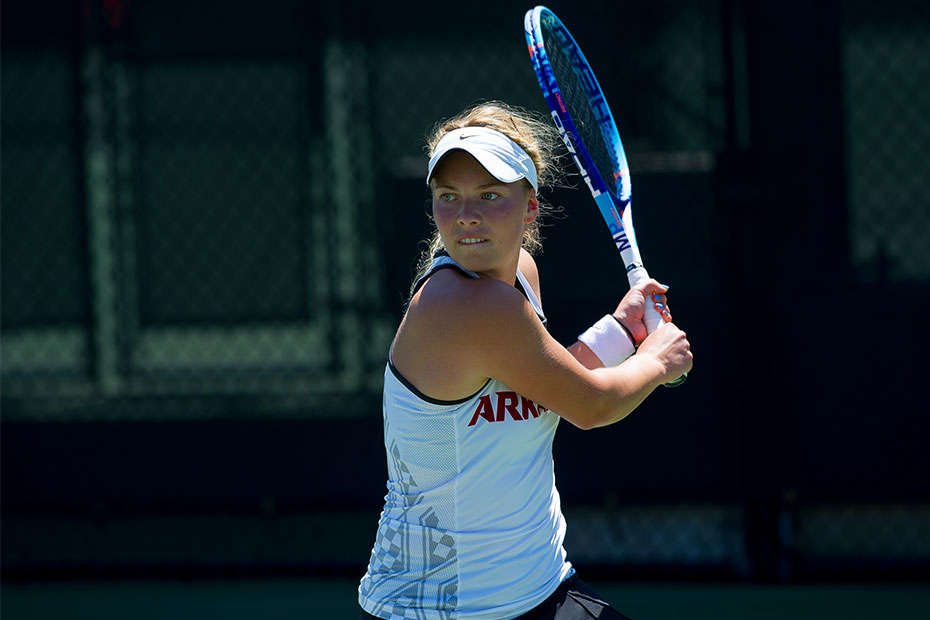 In the semifinal match against No. 9 ranked and No. 2 seed Florida, the No. 11 seed Razorbacks tested and took the Gators down to the wire but fell short 4-2 at the Dr. Robert L. Barksdale Tennis Stadium.

“For our fourth intense match in four days at this elite level it was incredible to see our team compete better than we have all season long,” Razorbacks head coach Michael Hegarty said. “This was a championship level match and we give great credit to Florida, who we have tremendous respect for.”

The Gators (18-7, 11-2 SEC) got on the board first Saturday, winning the doubles point by earning victories at the No. 2 and No. 3 positions. The Razorbacks’ No. 40 ranked pair of Tatum Rice and Ana Oparenovic earned their highest-ranked win of the season at the top spot, a 6-4 decision over the Gators’ No. 13 ranked tandem of Anna Danilina and Victoria Emma.

At the clinch, No. 50 Giulia Pairone led 1-0 in the third set against Florida’s No. 14 Danilina after winning a second-set tiebreaker.