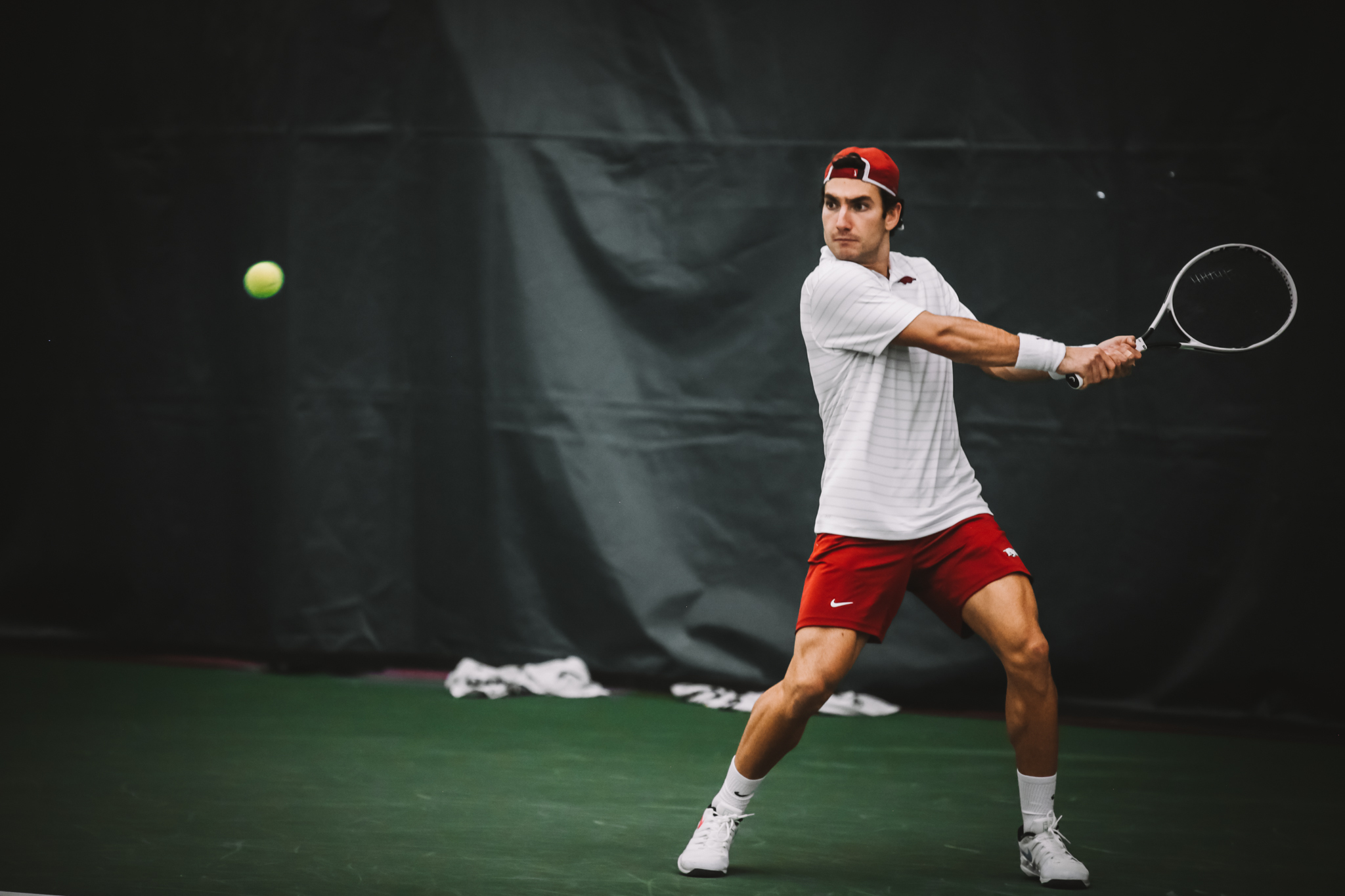 FAYETTEVILLE, Ark. – The Razorback men’s tennis squad (1-0) kicked off the spring 2022 season with an emphatic win over the No. 30 Oklahoma State Cowboys (2-1) in Fayetteville on Monday. The Hogs clinched the match after sweeping the first four points against the Cowboys and ultimately won, 5-2.

Arkansas showed no signs of rust after its original season opener against Omaha for Wednesday was postponed, as the Hogs swept the doubles point. The 35th-ranked doubles team in the nation of Adrien Burdet and Melvin Manuel finished business early with a 6-3 win, and Nico Rousset and Alex Reco followed soon after with a 6-3 win of their own on court 1. Oscar Pinto and Riccardo Trione rounded up the doubles with a 6-4 win.

Singles action saw the Razorbacks continue their tear, as Burdet won his singles match in less than an hour, 6-1, 6-2, and Reco took down former Georgia standout Tyler Zink, 6-4, 6-2. Arkansas sophomore Aleksa Bucan, ranked No. 35 in the country, clinched the match with a 7-5, 6-1 win.

“It is a nice start to our season,” Head Coach Andy Jackson said. “We will need to improve, and we can. We have other big matches coming soon, and we did some things well today. Playing an important match like this was not easy as a first match. I’m proud of the way we accepted it.”

The Razorbacks will be back on court for Arkansas’ doubleheader against Omaha now being scheduled for Friday at 1 p.m. CT in Fayetteville.