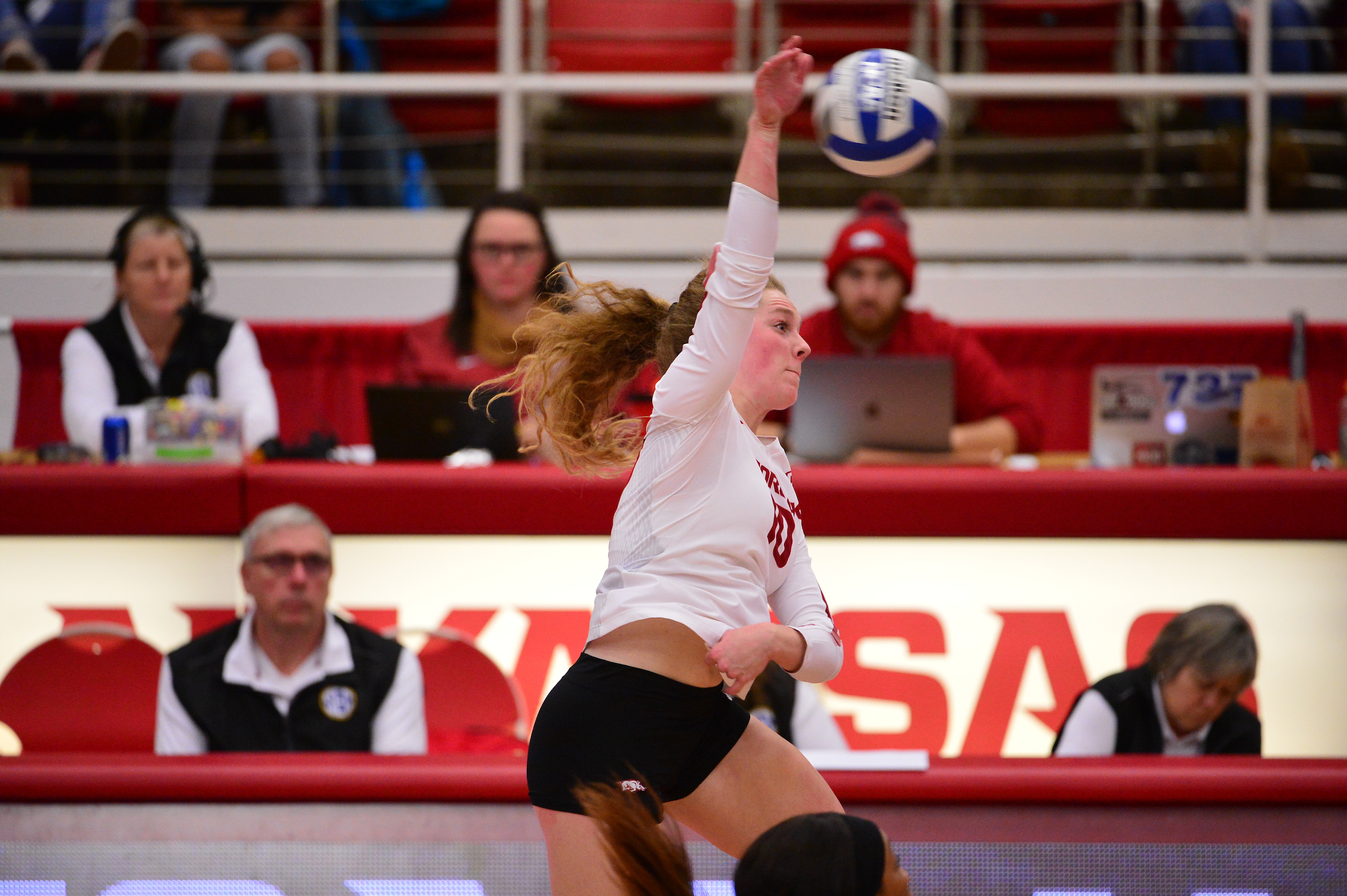 FAYETTEVILLE – The University of Arkansas volleyball team dropped a heartbreaker Wednesday evening in Barnhill, falling to the Tennessee Lady Vols in five sets (25-16, 21-25, 23-25, 25-23, 15-8). Freshman Jillian Gillen surpassed 20 kills for the fifth time this season in the 3-2 loss.

Trailing 1-0 in the match, the Razorbacks made the right adjustments during the break and with improvements to the offensive attack and serve game, tied the match up at one set apiece. After being out-killed in the first set 12-8, the Razorbacks managed to even the score in the second, matching Tennessee’s 11 kills but committing less errors to gain the advantage.

The match saw only one lead change, and it came early in the third as a kill by Gillen tied the set and a Volunteer attack error gave Arkansas the lead. The Razorbacks held onto the lead for the remainder of the set recording 14 kills en route to the 25-23 set win to go up on Tennessee, 2-1.

Down 21-15 in the fourth set, the Hogs sparked an 8-4 scoring rally to pull within one of Tennessee down the stretch, sparked by a Volunteer service error and topped with a block by Pamphile and Gillen. Unfortunately, a kill by Lady Vol Lily Felts would sway the set in Tennessee’s favor tying the match again at 2-2.

It was all Vols in the fifth, as Tennessee managed to string together multiple points and out-dig the Hogs 17-10 to widen their lead and go on to win, 15-8.

“I really felt we worked our way out of a rough start and played some really clean volleyball tonight. We played simple and composed and that helped us. I’m proud of the way we battled, including the late run in set four. Set five, we ran out of time. We have another chance on Sunday against a solid Alabama team.”