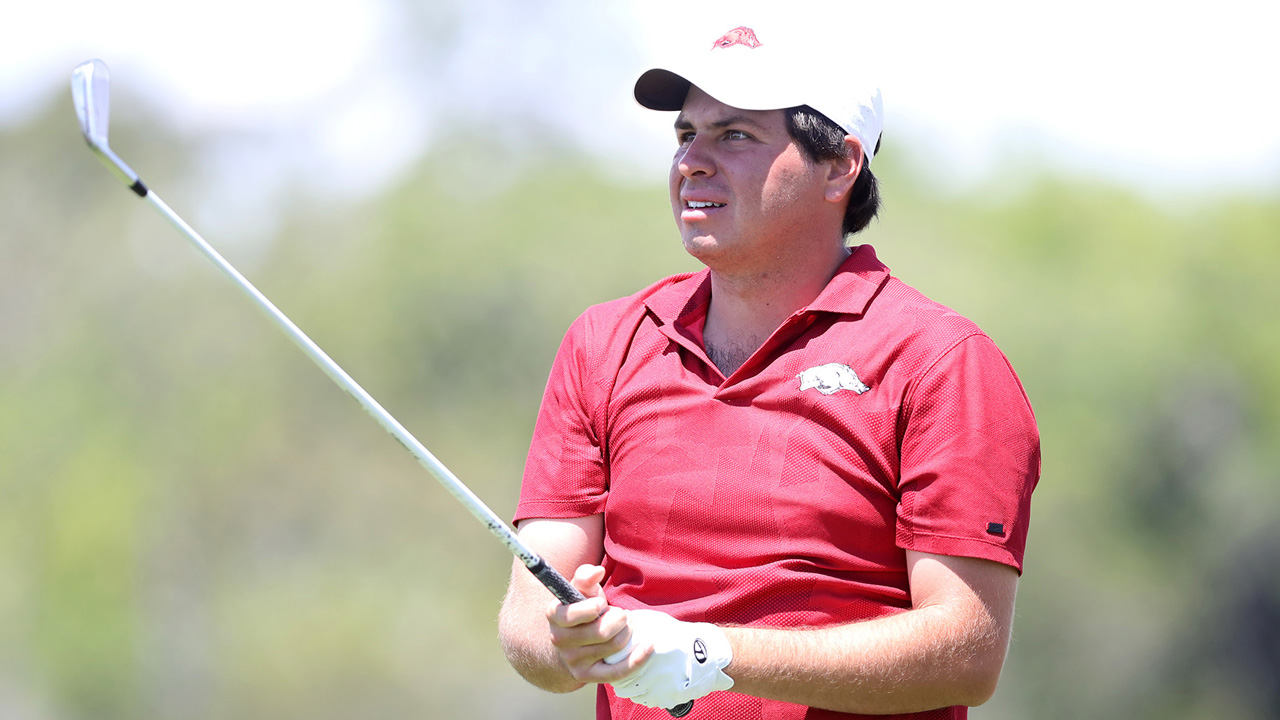 ST. SIMONS ISLAND, Ga. – Arkansas had its two final matches on the course come down to the 18th hole, but #15 (6 seed) Vanderbilt held on to defeat the #22 (5 seed) Razorbacks, 3-2, for the SEC Championship Sunday afternoon at Sea Island Golf Club – Seaside Course.

Arkansas, who was the defending SEC champion, reached the final after cruising to a 3-1-1 victory over #15 Texas A&M in the semifinals. This was the third time Arkansas has finished SEC runner-up, the last time coming in 2009 when the Hogs went on to finish NCAA runner up.

“I am super proud of these guys,” said head coach Brad McMakin. “They showed unbelievable heart today. I don’t know if this team is better than the 2019 team that won it, but I am just as proud. They gave it everything they had and put us in a position to win only to come up just a little short. The University of Arkansas should be very proud because this is a special group of young men.”

Julian Perico, ranked 34th nationally, lost his quarterfinal and semifinal matches but regrouped in the Championship to hand #75 Matthew Riedel a convincing 6 & 5 decision and level the match at 1-1. Perico and his playing partner were tied after the first two holes before Perico won the third hole with a birdie. The junior then won three straight – holes 6, 7 and 8 – to take a commanding 4-UP lead. Perico won the 11th to go up five and put the match away by winning the 13th with a birdie.

Segundo Oliva Pinto quickly followed with a 4 & 3 victory over Harrison Ott to put the Hogs up 2-1. Oliva Pinto, who was the SEC stroke play champion and won both his quarterfinal and semifinal matches, continued his superior play. The junior only needed 15 holes to get the win and he was an unofficial 7-under-par, including back-to-back birdies on holes 14 and 15 to secure the point.

The final two matches – the second and fourth match in the order of play – saw Arkansas force an 18th hole.

First, the Tyson Reeder-Reid Davenport match was a back-and-forth affair. Reeder was up one through 12 before Davenport tied the match on the 13th. Davenport won the 15th with a birdie but Reeder made two impressive putts to stay in the match. However, both players took a par on the 18th hole to give Davenport the 1-UP victory.

In the final match, Razorback freshman Manuel Lozada, who clinched the quarterfinal and semifinal wins, had an eight-foot putt lip out on the 18th hole which led to #16 William Moll getting the third and final point for the Commodores.

The match was tied through nine holes before Moll won the 10th hole. Moll took a 2-UP lead with a par on the 14th hole. Lozada showed the heart of a champion by winning the 16th with a birdie. The two took par on the 17th to set up the thrilling end.

Both players ripped their drive center-cut down the middle and were side-by-side in the fairway. The rules official used a coin-flip to determine who would hit first. Moll would win the honor and hit his approach about 16 feet to the right and pin high. Lozada countered with a laser inside of Moll – eight feet away. Moll putt missed and went about three feet by the hole. Lozada confidently struck his putt which had just a little too much pace and burned the right edge before missing. Moll followed with his par putt to win 1-UP and give Vanderbilt the SEC title.

Up next, Arkansas will wait to find out which NCAA Regional it will play. That announcement will come May 5 at 1 pm (CT) on GOLF Channel. 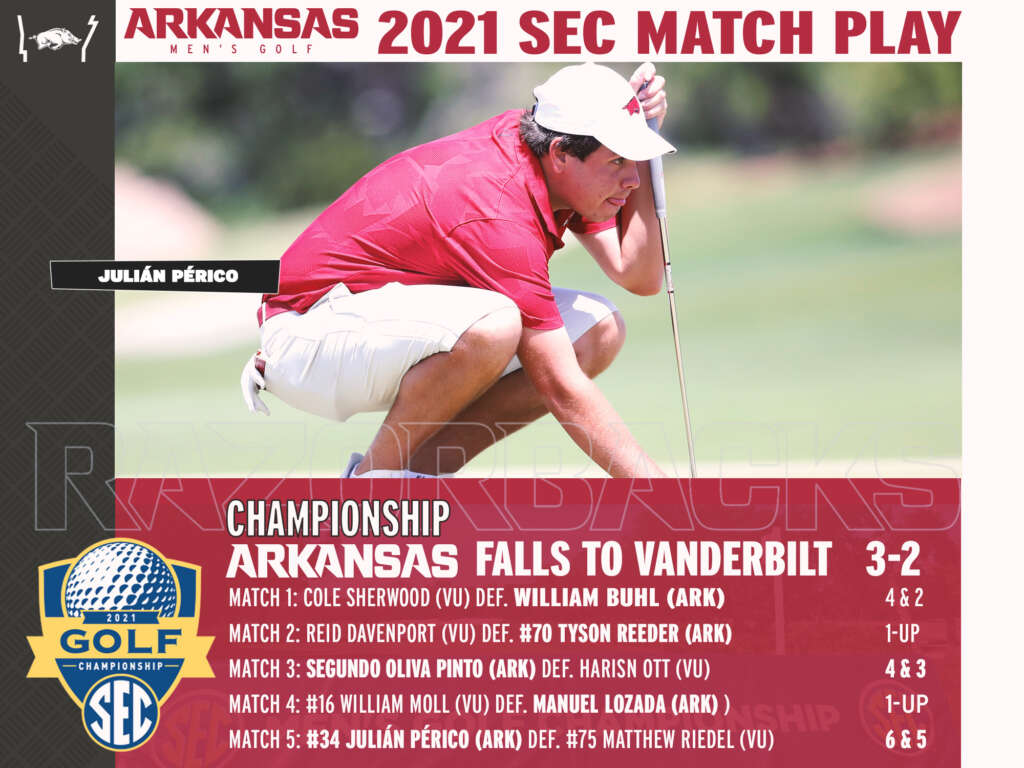