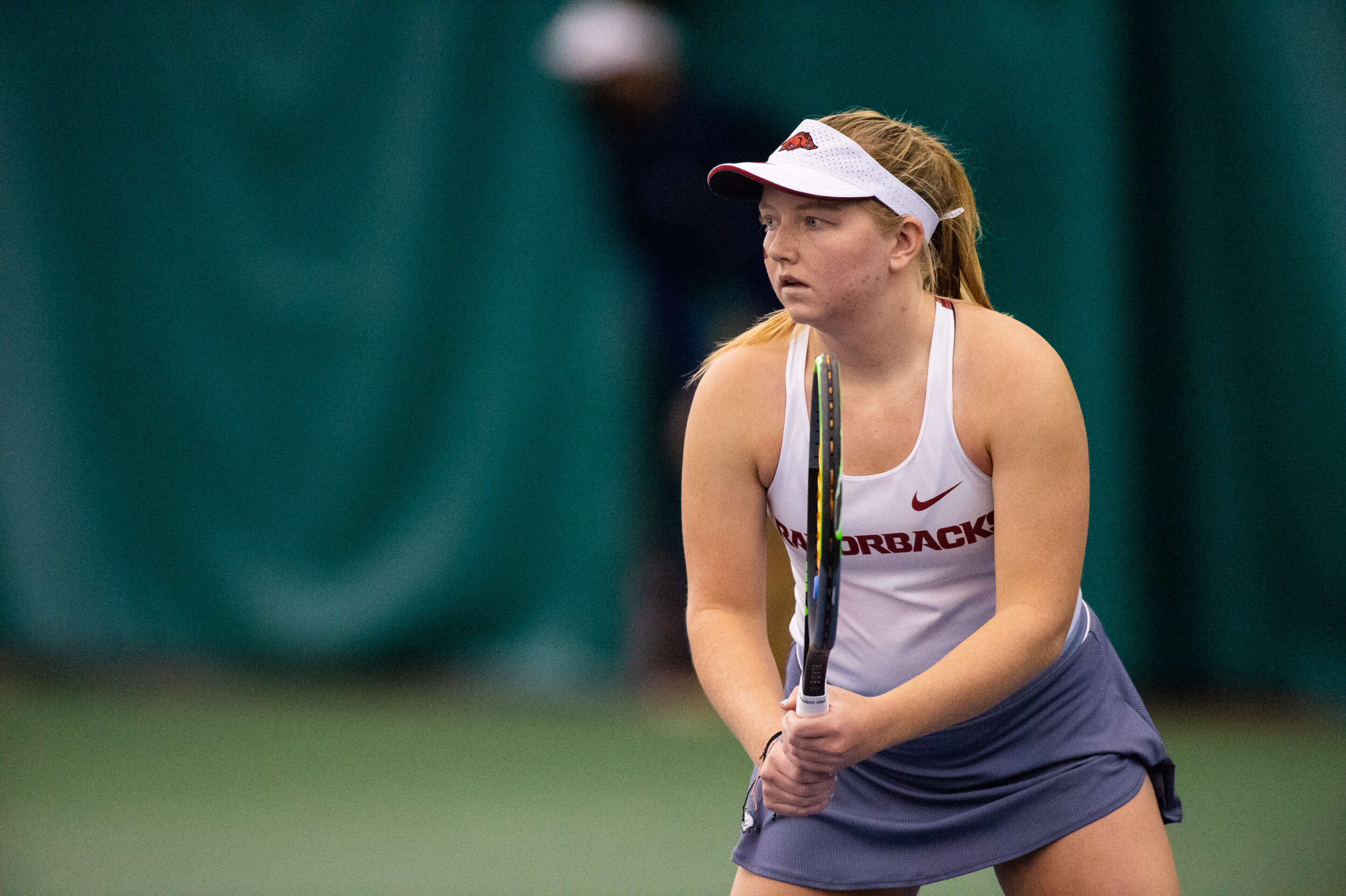 Arkansas Falls 4-2 to No. 16 Stanford at ITA Kickoff Weekend

CHARLOTTESVILLE, Va. – The Arkansas women’s tennis team (3-1) drop their first match of the dual season, 2-4 against No. 16 Stanford (2-0) at the ITA Kickoff Weekend.

Arkansas got off to a quick start, claiming the doubles point with wins on courts one and two. The duo of Lenka Stara and Laura Rijkers on court two claimed the first doubles victory with a 6-3 win over Stanford’s Xu/Yepifanova. On court one, Tatum Rice and Morgan Cross battled back after losing their first two games, handing No. 38 Blake/Ma their first loss of the dual season 6-3 to clinch the doubles point for the Razorbacks.

The lone Razorbacks’ singles victory went to Lenka Stara on court four. Stara had a dominant win over her Cardinals opponent, 6-3, 6-0, to put Arkansas up 2-0. On court one, Tatum Rice was battling against No. 9 Connie Ma before the match was clinched for Stanford.

The Razorbacks continue play in the ITA Kickoff Weekend, taking on James Madison (1-1) tomorrow at 5:30 p.m. CT in the consolation match.