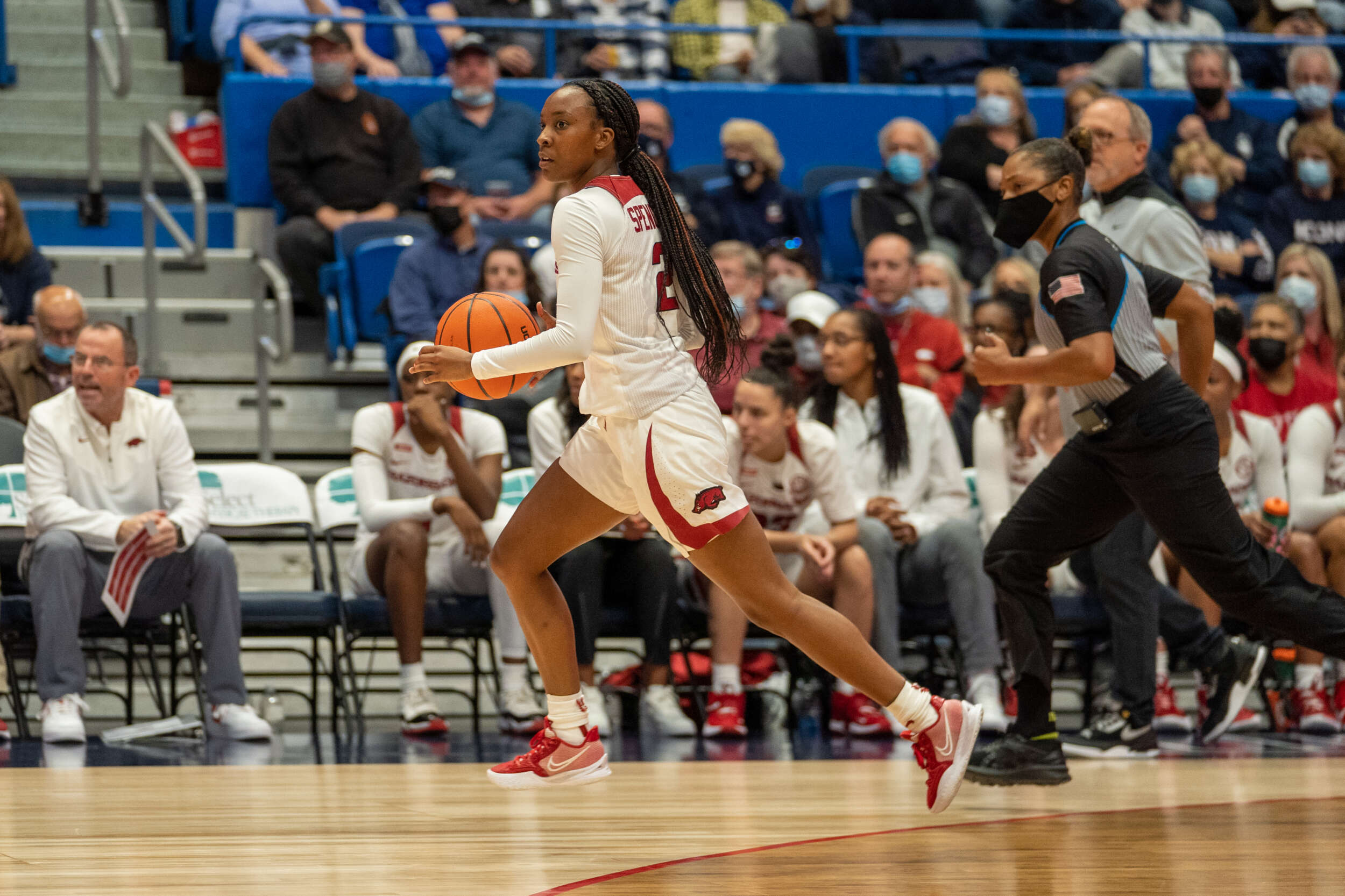 HARTFORD, Conn. – Arkansas Women’s Basketball (2-1) suffered its first loss of the season, falling to perennial women’s basketball power No. 2 UConn (1-0), 95-80. UConn got off to a 14-2 lead early, and though Arkansas would cut the lead back down on several occasions, the Hogs would never lead in the game.

Sophomore phenom Paige Bueckers paced the Huskies, going for a career-high 34 points in the game. Redshirt senior guard Amber Ramirez led the Hogs in points, going for 20. Sasha Goforth chipped in with 17 points, while Erynn Barnum added 16 of her own.

The Huskies stormed out of the gates, scoring 17 of the game’s first 19 points. Connecticut shot 63 percent from the field in the first quarter, while Arkansas only shot 26 percent in the frame. Despite that, Arkansas only trailed the No. 2 team in the nation after one by eight points.

The Hogs showed resilience, chipping the lead in the second quarter all the way down to three, starting the period on a 7-2 run, capped by a Makayla Daniels layup. Arkansas would get the lead back down to four at the 4:37 mark of the second period on a Samara Spencer bucket, but the Razorbacks would get no closer. UConn would finish the first half up 10, and the Hogs would end up falling by 15.

Arkansas finally gets a break in its schedule, as the Hogs won’t play again until Friday. The Razorbacks will head to Jonesboro on Friday, where they will meet Arkansas State. That game is set to tip off at 7 p.m.