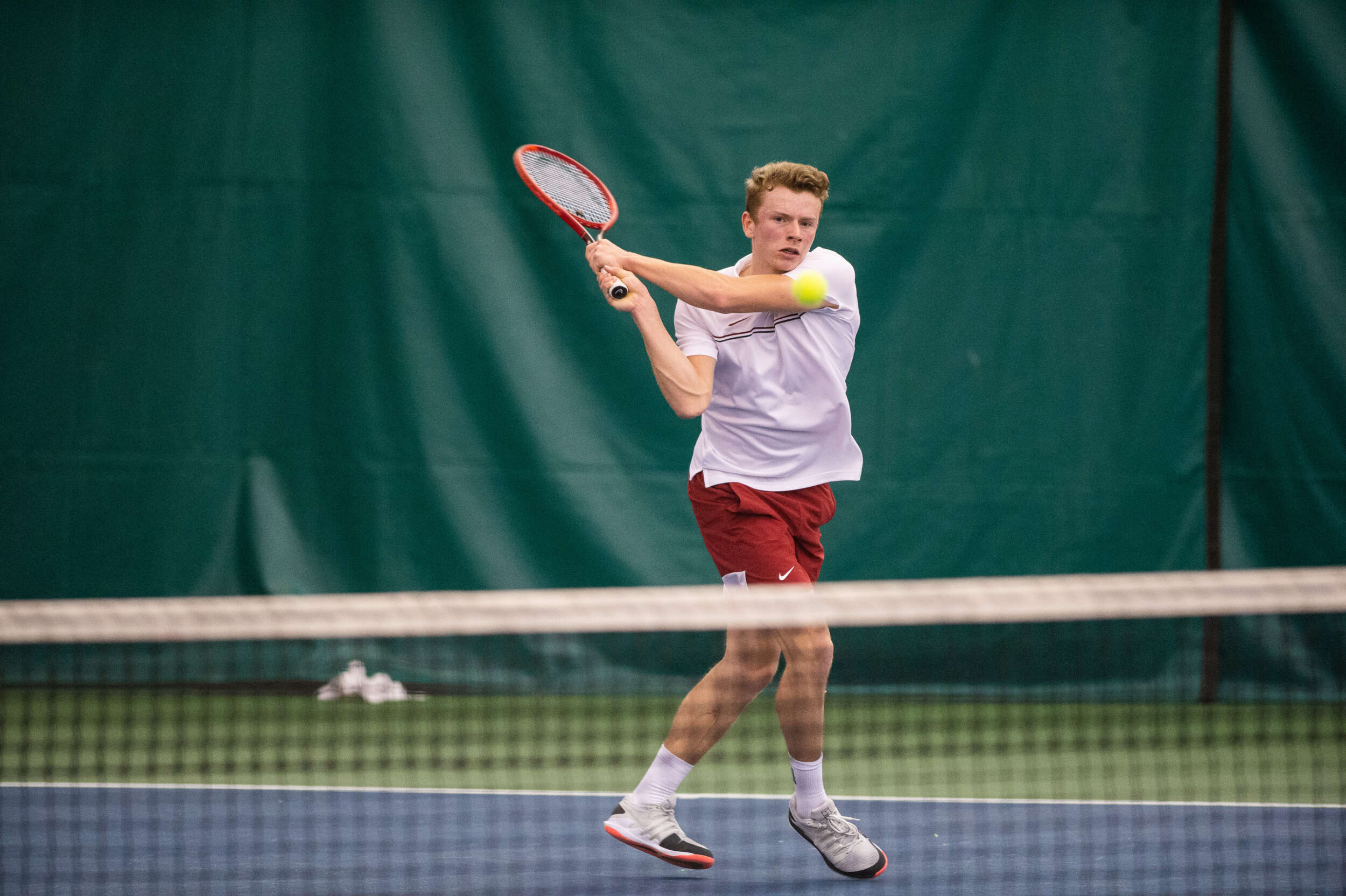 FAYETTEVILLE, Ark. – Razorback Men’s Tennis (6-4) dropped a marathon match on Sunday, falling to the No. 25 Memphis Tigers (5-1) by a score of 5-2. Arkansas and Memphis played through tiebreaker sets on four of six singles courts.

The Razorbacks fell behind after doubles play, dropping two of the three matchups. Hunter Harrison and Enrique Paya paired up for the first time this season and came out with the Hogs’ lone doubles win 6-3 against Memphis’ Oscar Cutting and David Stevenson on court one.

The Tigers secured straight-sets wins on courts four and three to take a 3-0 lead, but Arkansas continued to fight back. On court one, Alex Reco won the first set against James Story, but ultimately dropped the second and third to Story 4-6, 7-5, 7-5. The loss for Reco clinched the win for Memphis.

Arkansas’ Adrien Burdet improved to 7-3 on the season in the No. 5 position. Burdet battled back after Pau Fanlo of Memphis tied the match at one set apiece, coming out on top 6-1, 4-6, 7-5. Maxim Verboven defeated his Tiger foe, earning a win over David Stevenson 7-5, 4-6, 7-5 on court two.

“Again, our effort and competitiveness were there,” said head tennis coach Andy Jackson. “We have to coach and play better and that is what we plan on doing. We have a good opportunity at top-25 Kentucky on Friday night. The team is looking forward to getting to play again.”

Arkansas looks ahead to back-to-back road matches at No. 15 Kentucky on Friday (March 5) and Vanderbilt on Sunday (March 7).