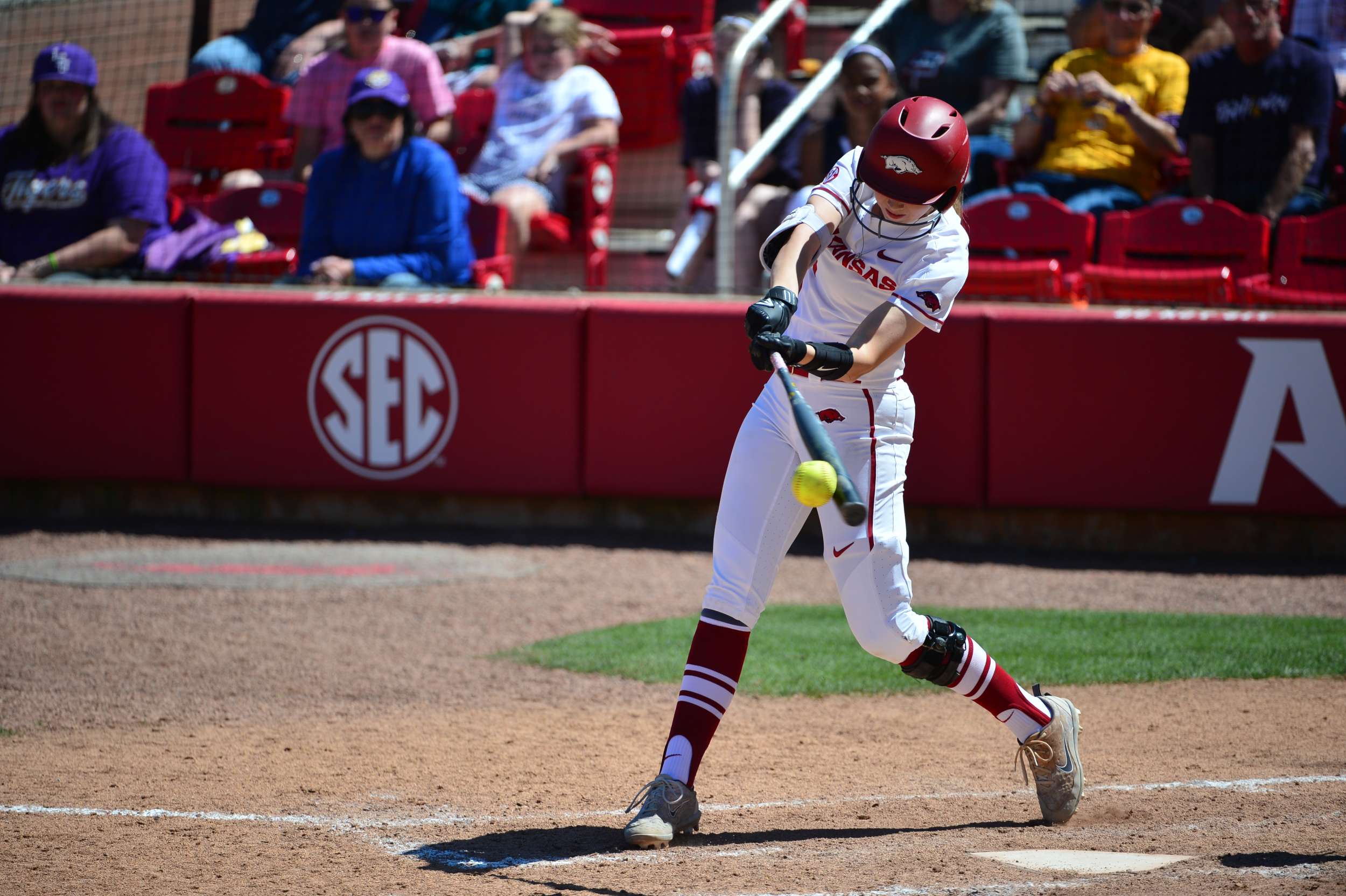 FAYETTEVILLE – The No.19 Razorbacks and No.9 Tigers battled on Saturday afternoon (April 20), as both teams went scoreless for six of the seven innings in LSU’s game three, 3-1 win. Arkansas secured the series on Friday evening (April 19) and closes out the weekend with a 2-1 series record against LSU.

Driving the defensive performance, the Razorback pitching staff combined for nine strikeouts, a weekend-high against the Tigers. Mary Haff recorded the loss and is now 16-10 on the season. Junior Autumn Storms entered in relief for Haff and pitched the four, final innings.

Behind Haff and Storms, the Arkansas defense held the league’s best offense to a 0-for-3 record with the bases loaded and held off 14 stranded base runners.

Junior Sydney Parr recorded a career-high five putouts in the contest, making five crucial catches in center field for the Razorbacks. Parr recorded the final out of the inning three times, twice with runners in scoring position.

LSU scored all three of its runs on a three-run home run by Amanda Doyle in the third inning. Doyle finished the contest with three hits in four at bats.

Arkansas gave its best run at the Tiger lead in the sixth inning. The Hogs put a runner on base after pinch-hitter Aly Manzo reached on a fielder’s choice. Junior Keely Edwards reentered for Arkansas before advancing to second on a wild pitch and scoring on a sacrifice fly by sophomore Danielle Gibson.

Arkansas will hit the road for the final road series of the regular season next weekend (April 27-29) at Texas A&M before returning to Fayetteville for the final home series against Auburn (May 3-5).