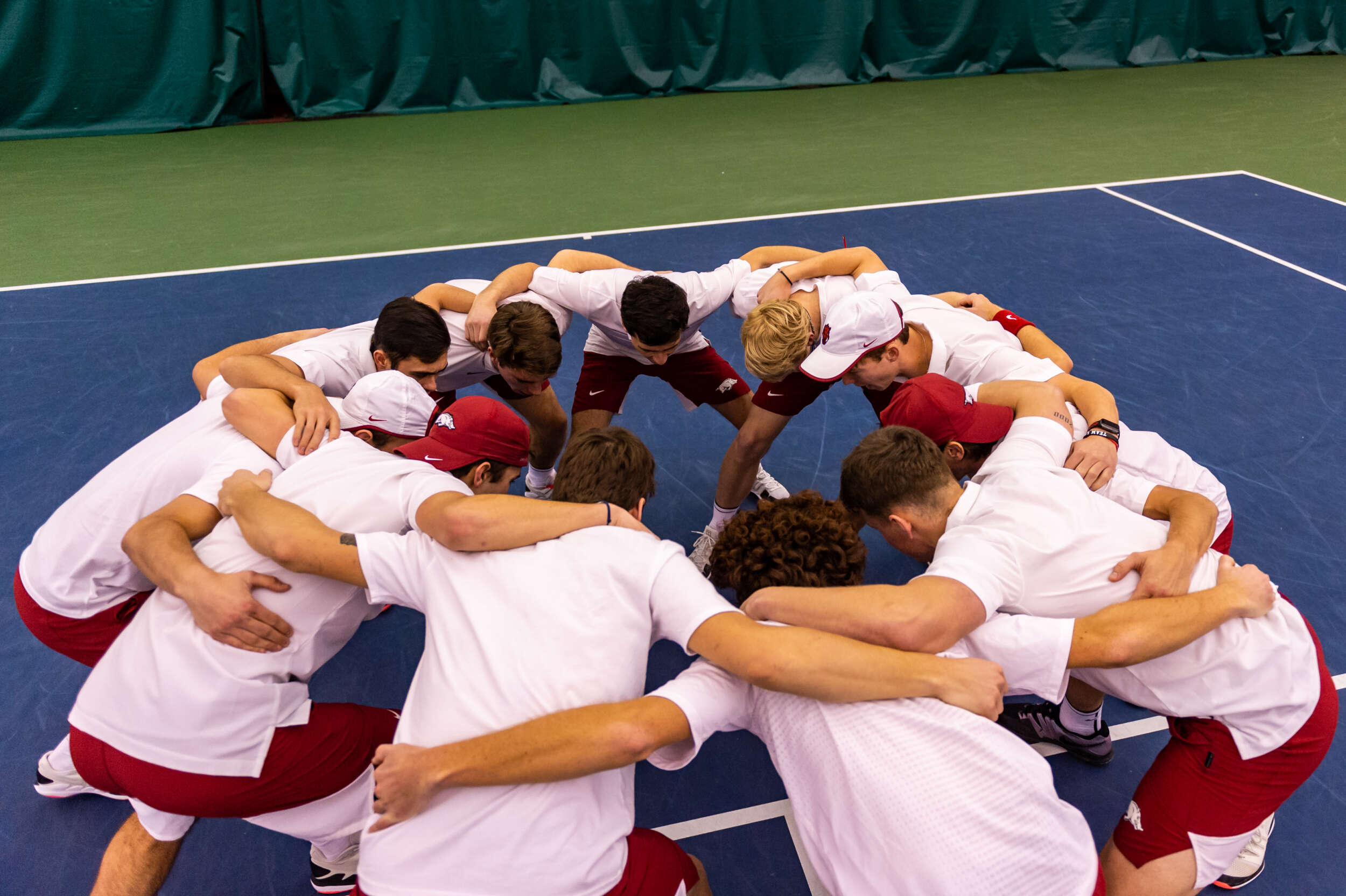 SAN DIEGO, Calif. – The Arkansas tennis team wrapped up its fall schedule with the ITA National Fall Championships, which finished Sunday afternoon. The Razorback doubles teams of Melvin Manuel/Adrien Burdet and Riccardo Trione/Oscar Pinto Sansano were both in quarterfinal action of the consolation bracket Saturday.

Manuel and Burdet teamed up to knock off Nebraska Cornhuskers Dario Huber and Victor Moreno Lozano in three sets, 6-5, 5-7, (10-5). It was the second win of the tournament for the Arkansas duo. Trione and Pinto Sansano took on Vlad Lobak and Gabriel Diaz Freire of LSU but fell, 6-3, 6-2.

In the consolation semifinals, Manuel and Burdet were bested by Franco Aubone and Benjamin Hannestad of Miami, 7-5, 6-3.

The Hogs finish an impressive run to the fall national championships, where five players qualified and notched four total wins, including Manuel and Burdet’s trip to the doubles consolation semifinals.

Arkansas now looks ahead to the spring season in hopes of a second straight trip to the NCAA Tournament.