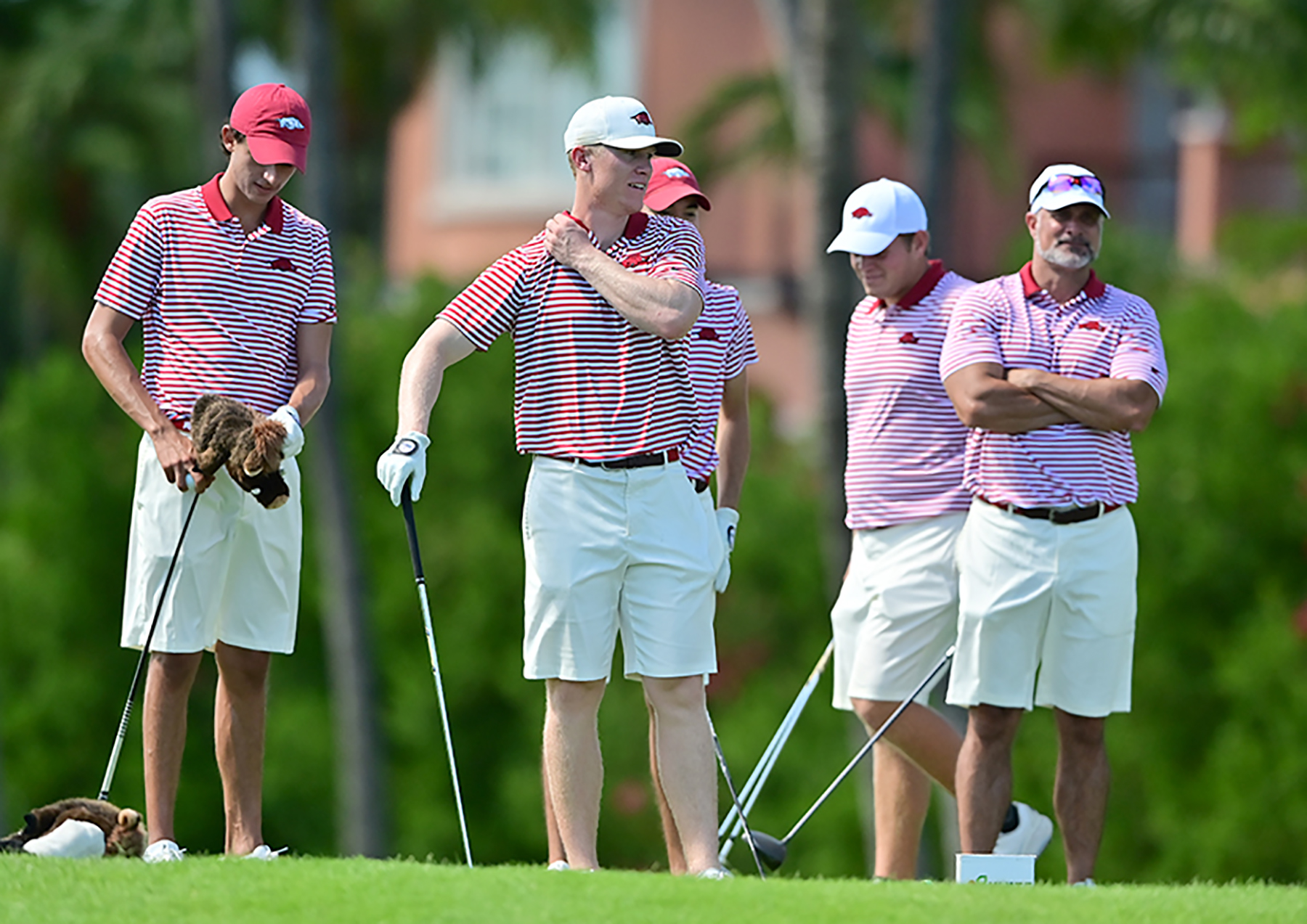 FAYETTEVILLE– The University of Arkansas men’s golf program, ranked as high as #20 in the final fall polls, completed its most successful fall campaign since the 2011-12 season.

In its five tournaments, the Razorbacks had four top-three finishes against the 26th-hardest schedule in the nation, including a win over #1 Wake Forest and #2 SMU in the final event of the fall. The 2011-12 Razorbacks – featuring #ProHogs Ethan Tracy, Sebastian Cappelen and Austin Cook – took home four first-place finishes in five events played.