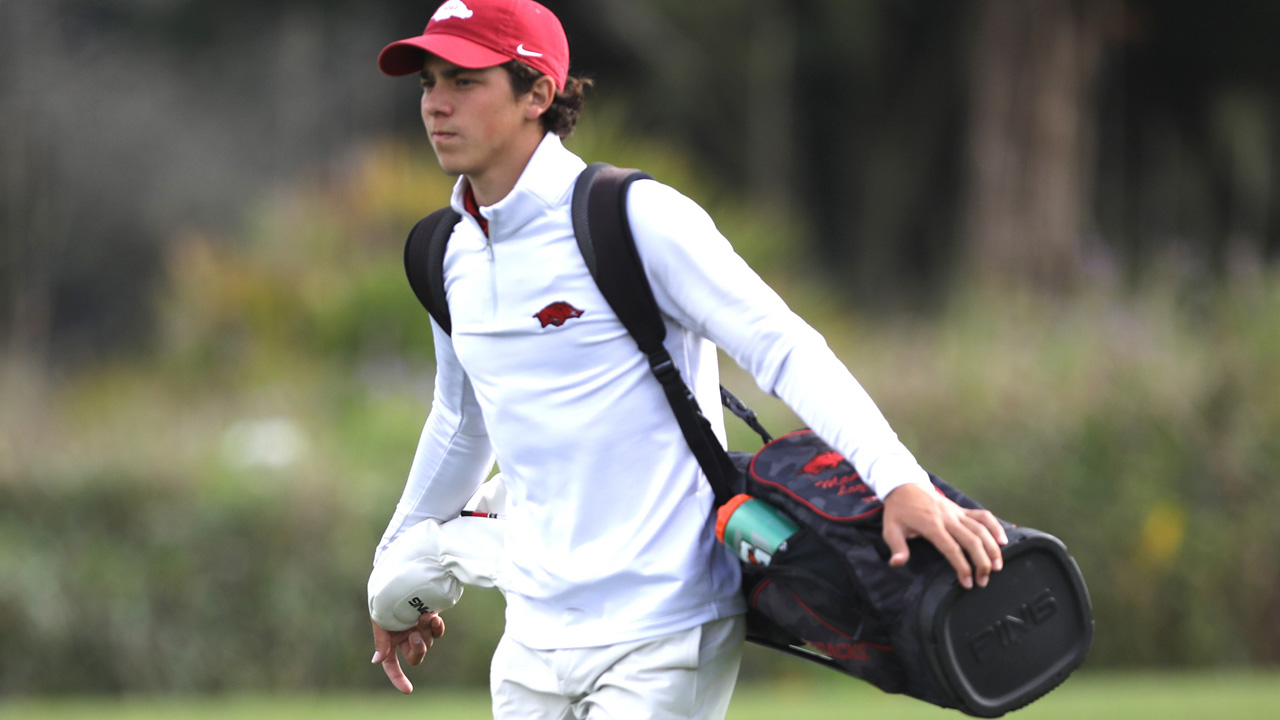 Starting on hole 10, Segundo Oliva Pinto set the tone early, winning each of the first holes to start the day. His playing opponent, Walker Lee, trimmed his deficit to one with seven holes to play. However, Oliva Pinto won the next two to go up three with five holes left. The pair each had pars the next two holes before Oliva Pinto birdied the par-5, 7th hole for the 4 & 2 win to give the Hogs their first point.

Moments later, William Buhl put Arkansas up 2-0 with a 3 & 2 win over William Paysse. Buhl Lost the first hole but tied it back up with apar on the par-4, 11th.  Buhl then won the next hole and held at least a 1-Up lead the rest of the way. The graduate senior won three of the last four holes to close the front nine and make the turn 4-Up. Paysse won the par-4, 5th with a birdie to trail by three with four holes left. The pair each posted pars on the next two holes leaving Buhl up three with two holes to play for the win.

Lozada clinched the match playing in the #4 position. The match was tight throughout, but Lozada maintained a 1-Up lead most of the way. However, Lozada won three straight holes – the 13th, 14th and 15th – to get the 4 & 3 win.

Tyson Reeder officially recorded a tie as his match was halted with two holes left as Arkansas had gained the necessary three points. Julian Perico officially took a loss as he conceded his match, down three with four holes remaining. 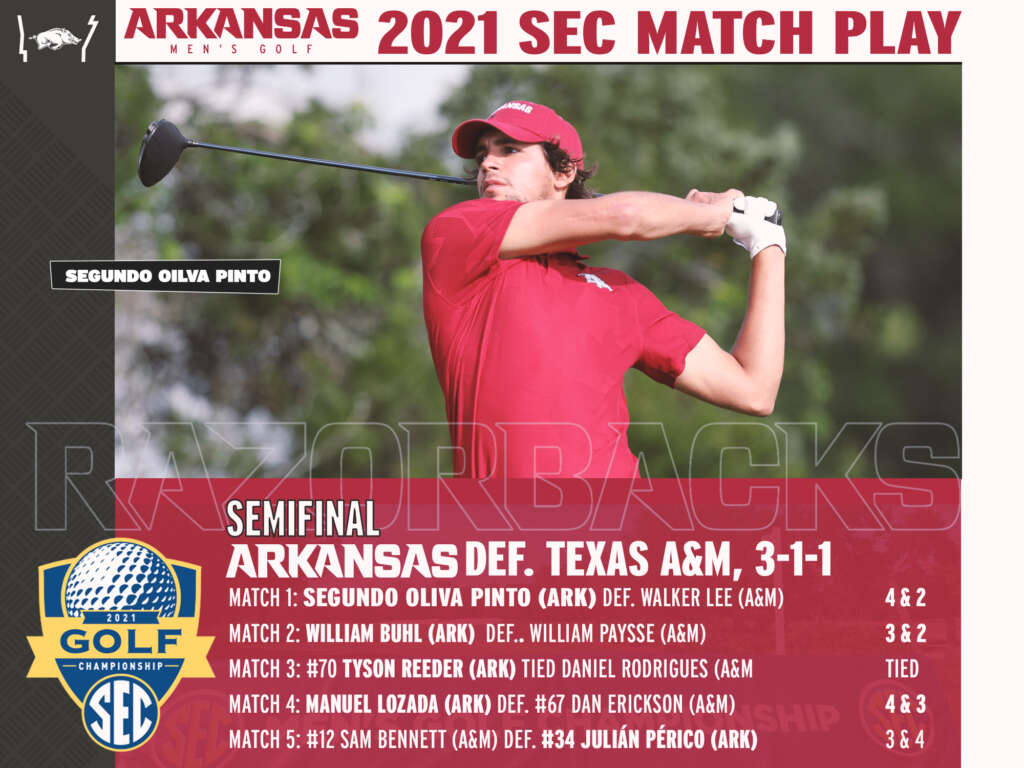