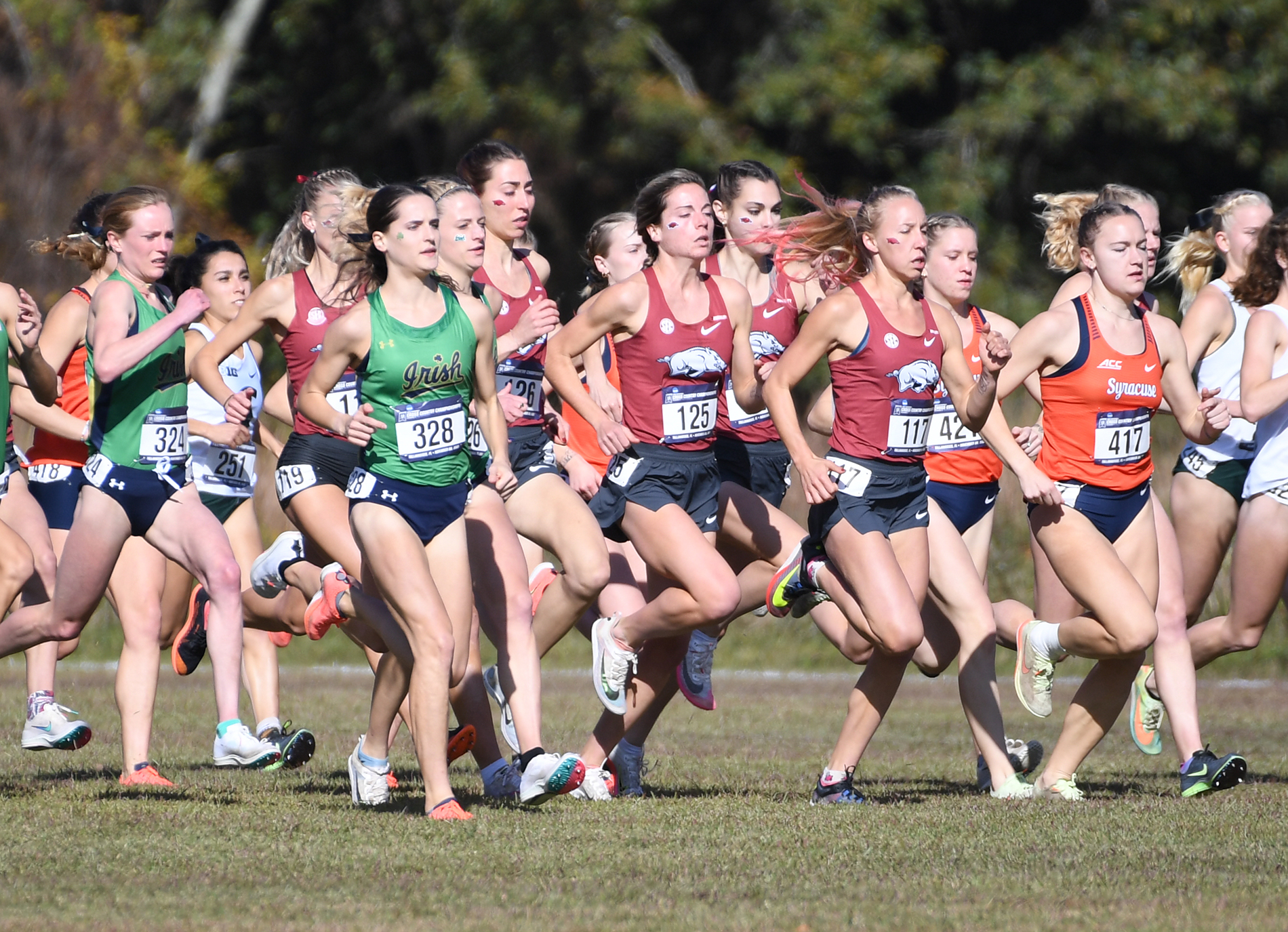 Arkansas places eighth in NCAA Championships with pair of All-Americans

TALLAHASSEE, Fla. – Arkansas finished in eighth place at the 2021 NCAA Championships on Saturday. Lauren Gregory led the Razorbacks over the 6,000m distance on the Apalachee Regional Park while Isabel Van Camp joined her in earning All-America honors.

Entering the meet ranked No. 7, Arkansas scored 328 points with Gregory placing 19th and Van Camp finishing 37th as each earned their first cross country All-America accolade. Gregory covered the course in 19:46.1 while Van Camp posted a time of 19:54.7.

“They rallied really well, and we had two All-Americans with Lauren and Isabel,” noted Arkansas women’s head coach Lance Harter. “Those are breakthrough performances for them. Krissy started out a little bit behind and passed 130 people from 1k to 6k and just missed being a second time All-American for cross country.”

In placing eighth, the Razorbacks produced its fifth top 10 finish over the past eight seasons, which includes the 2019 national championship and fifth place in 2014.

“Anytime you can finish in the top 10 is an accomplishment,” Harter stated. “I think we’re very proud that we’re able to walk away with a top 10 performance and have a pair of All-Americans.

“As we tell the team in our very first meeting, cross country serves a purpose to get you ready for indoor and outdoor. Knowing the track team we have at home, we’re super excited.”

The field of 255 runners included 250 finishers.

“Our fourth and fifth are people who have to figure this event out,” said Harter. “It’s very intimidating. For the future it’s a great learning experience.”