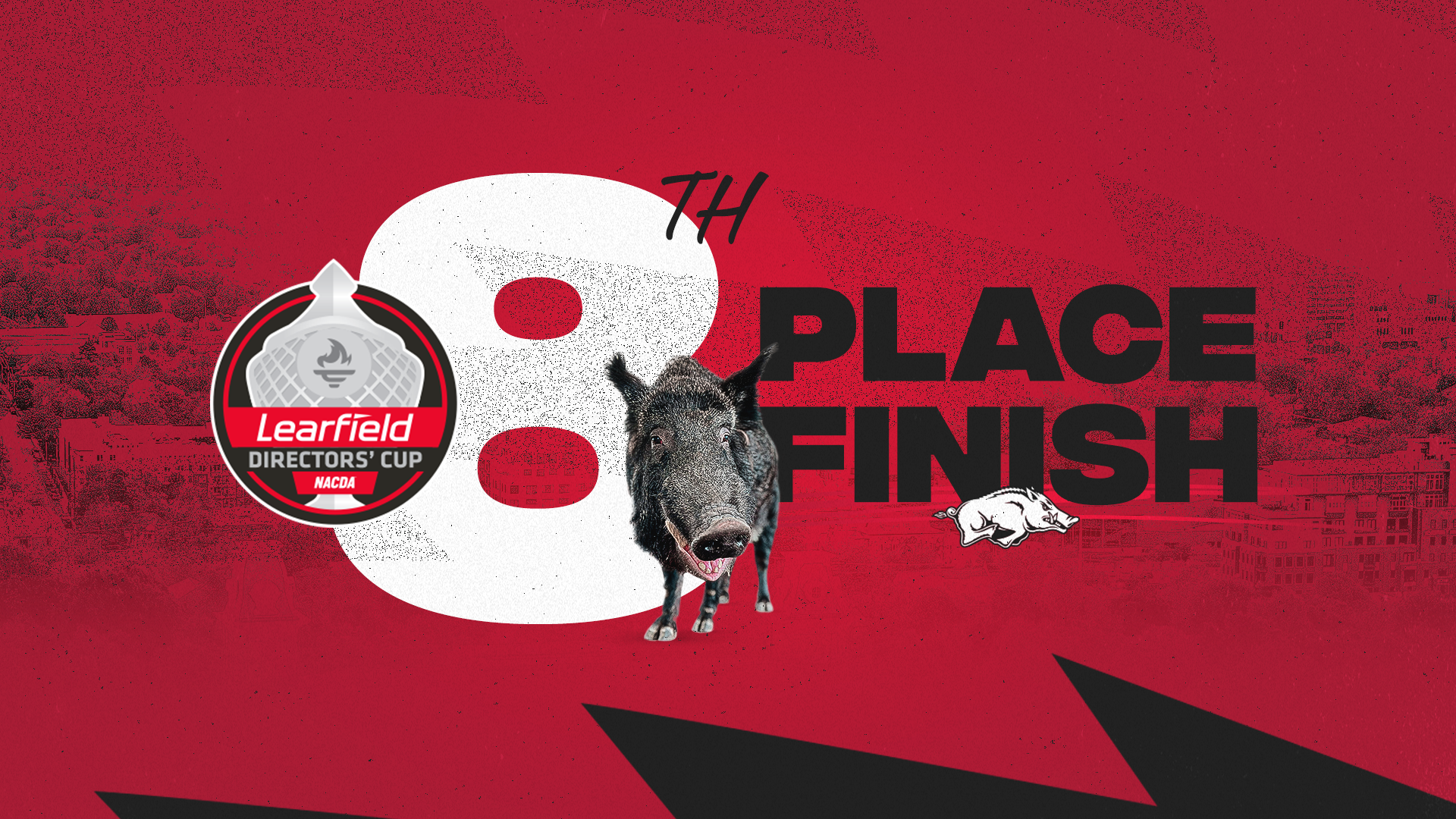 FAYETTEVILLE, Ark. – After a successful fall sports season, including earning three Southeastern Conference championships and making a return to a New Year’s Bowl game, the Arkansas Razorbacks rank eighth in the 2021-22 Learfield Directors’ Cup Final Fall Standings released on Thursday by the National Association of Collegiate Directors of America (NACDA).

The Directors’ Cup tracks the nation’s most successful intercollegiate athletics programs for their performances throughout the year. Arkansas leads all Southeastern Conference programs and is one of only four league programs in the top 25 of the initial standings. The standings released on Thursday included men’s cross country and women’s cross country, football, women’s field hockey, men’s and women’s soccer, women’s volleyball and men’s water polo. The Razorbacks have 277.5 points after the fall segment of the competition.

In what is becoming another fall championship tradition, Razorback soccer combined an SEC championship with another deep run in the NCAA Tournament. Arkansas won its third straight SEC regular season crown, before advancing to the Elite Eight round of the NCAA Women’s Soccer Tournament for the first time. The program record postseason run landed 73 points for the Hogs.

Coach Sam Pittman and the Razorback football team turned in one of the best gridiron seasons in recent history in 2021. Arkansas capped a remarkable 9-4 season with a 24-10 win over Penn State in the Outback Bowl. It was the Hogs’ first bowl victory since 2016 and the first New Year’s Day bowl win since 2000. The Razorbacks earned a final national ranking of No. 20 in the USA Today / AFCA Coaches poll, tallying 54 points in the Directors’ Cup standings.

In 2020-21, Razorback Athletics turned in one of the most successful years in school history, including a program-best eighth place finish in the 2020-21 Learfield IMG Directors’ Cup. Arkansas’ previous best finish was 14th.

The Directors’ Cup program has been tracking the success of the nation’s top intercollegiate athletics programs since 1993-94.