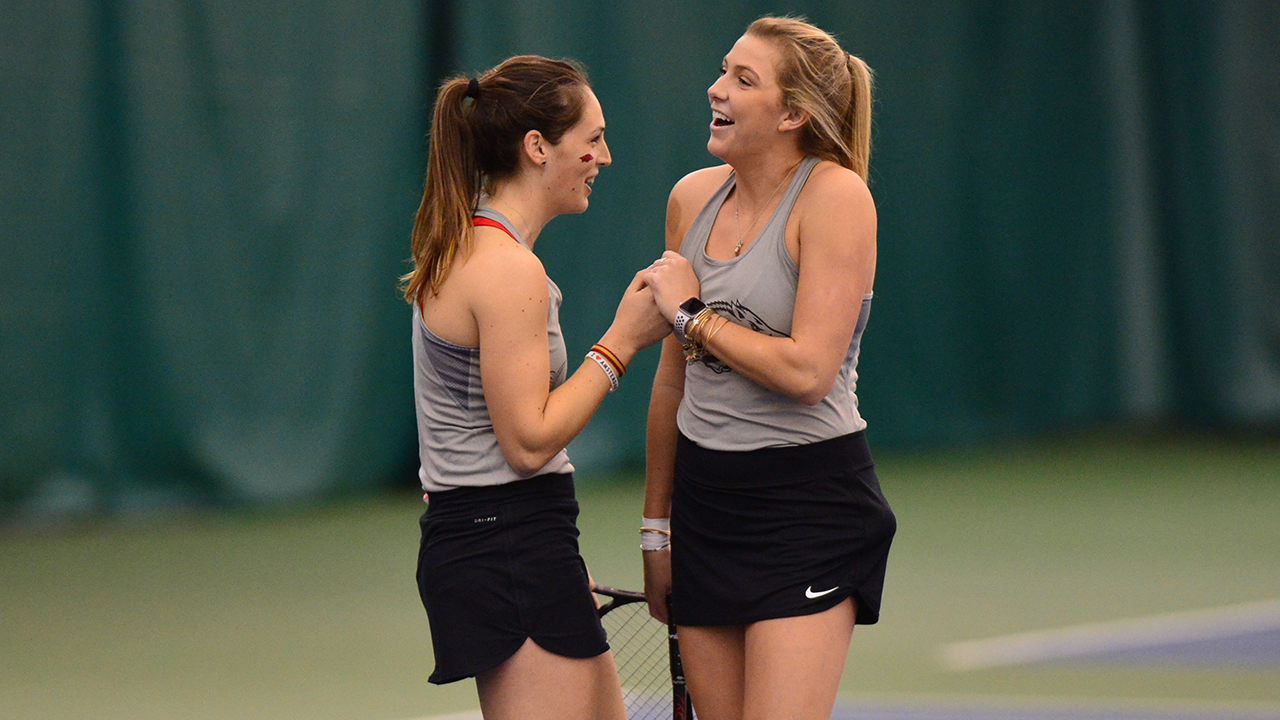 FAYETTEVILLE, Ark.- The Arkansas women’s tennis team will head to the West Coast to face Loyola Marymount Saturday afternoon in the second of a five-match road stretch.

The Hogs are 7-2 entering the weekend, falling 4-1 at Tulsa last weekend. The team is 1-2 early in February play, defeating then-No. 9 Oklahoma State before dropping the last two matches.

No. 78 Tatum Rice leads Arkansas in singles play, going 7-1 primarily at the No. 2 position. Rice’s best win came against the Cowgirls with a 6-2, 6-3 defeat of then-No. 21 Katarina Stresnakova. Three Razorbacks have a 5-1 singles record in dual play, while junior Jackie Carr is 4-0.

Rice and sophomore Martina Zerulo lead the team in doubles play, going 3-2 at the No. 1 position. Lauren Alter and Laura Rijkers rank second on the team as a pair, with the duo recording two wins at the No. 2 position.

Loyola Marymount is 1-3 on the season, with each loss coming against a Power-5 opponent. The Lions are on a two-match losing streak, falling to then-No. 8 UCLA and USC. This will be the first meeting between the two teams.