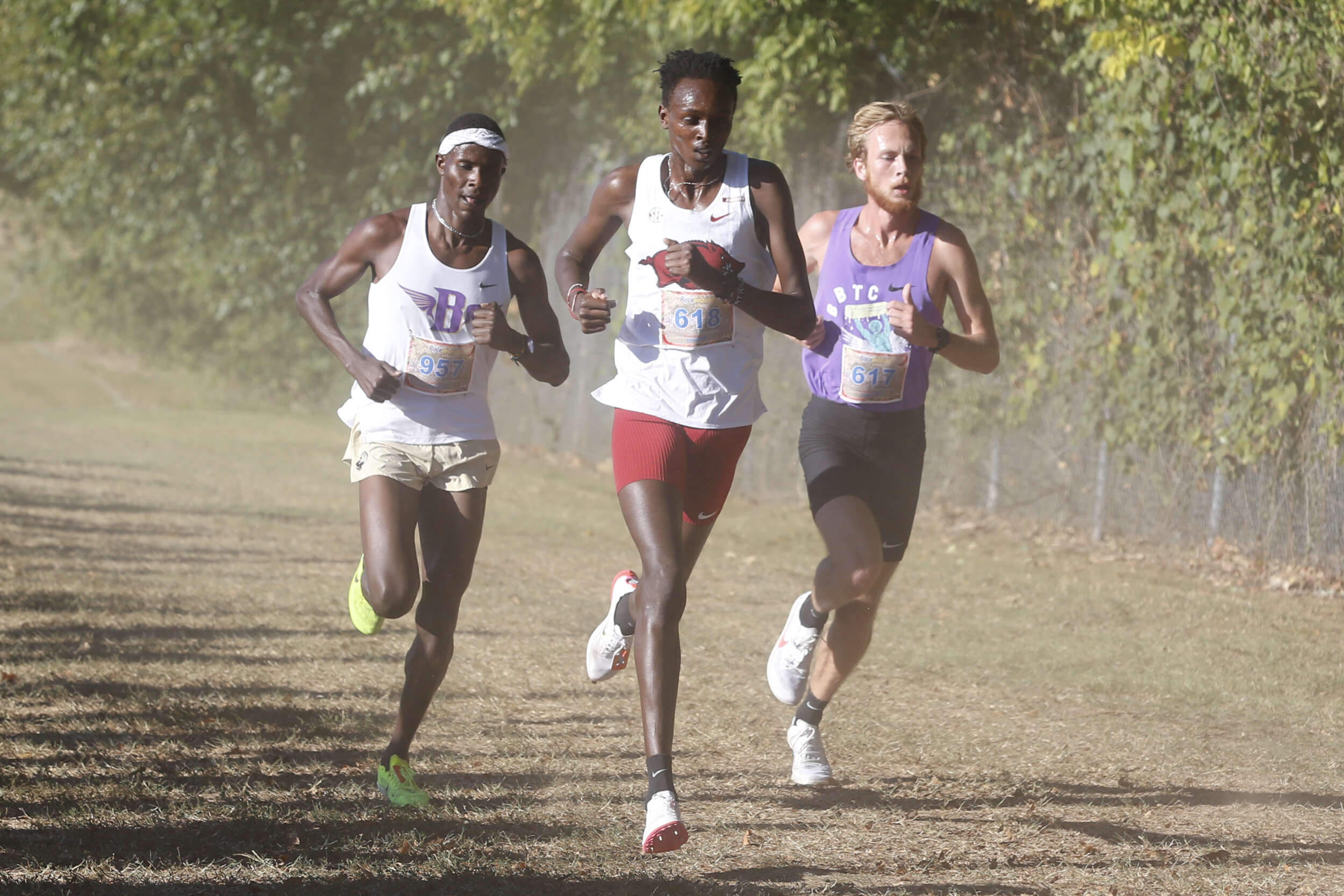 FAYETTEVILLE – Arkansas totaled 61 points to win the 34th annual Chile Pepper Festival for the first time since 2018 as Razorback sophomore Patrick Kiprop led the squad with a runner-up finish in 23 minutes, 24.6 seconds over the 8,000m course at Agri Park on Friday afternoon.

“Today’s race was good,” said Kiprop. “I had an opportunity to access myself. At the start of the cross country season, I had some pain on my hip. This performance is giving me the way forward for bigger races in front of me.

“I’m proud of the team, they did good. They always do their best, and today we won.”

Colby’s Sanele Masondo won the individual title in 23:18.4 leading the No. 1 nationally ranked junior college crew to a runner-up team finish with 149 points. Razorback Lexington Hilton, competing unattached during the cross country season, placed third with a time of 23:29.7.

“I was pleased with our effort across the board,” stated Arkansas men’s head coach Chris Bucknam. “Everybody looked like they put in a championship-style effort. We only have so many of these meets during the season, so every one of them are important in different ways.

“We just kind of needed to get our feet wet with racing and run really hard over 8k and see where our race fitness is. It’s a two-month process to get everyone on the same page. We’re not there yet. We’ll get as close as we can by the end of October.”

“That was a great run by Patrick,” noted Bucknam. “He’s only had one or two hard workouts since he’s been nursing a sore hip. He’s not 100 percent at this time, but it was good to see him out there racing.

“We had an outstanding race from Ben Shearer. He’s a talented runner and he finally got a good cross country race in. We’re happy to see that, and that’s a real bright spot for us.”