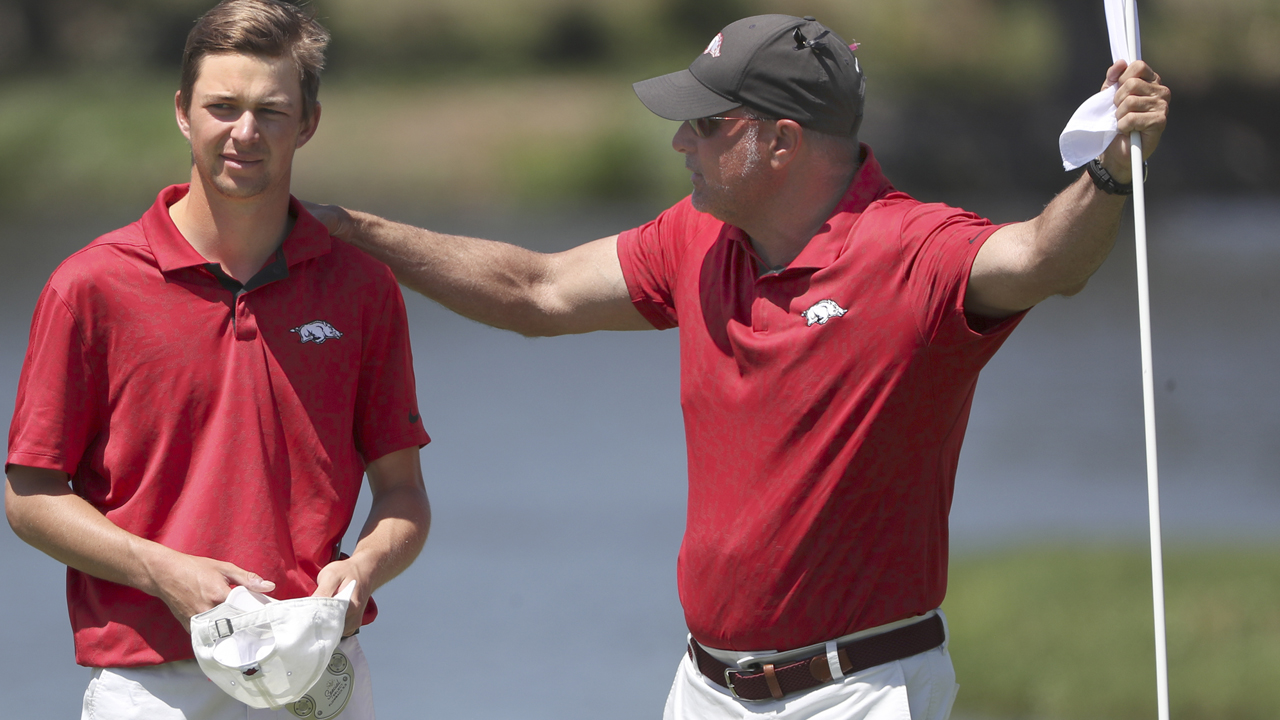 FAYETTEVILLE – The NCAA Columbus Men’s Golf Regional is set for May 16-18 at Ohio State’s Golf Club – Scarlet Course. The third-seeded and 14th-ranked Arkansas Razorbacks will tee off Monday with #1 seed Oklahoma State and #2 Georgia Tech starting at 6:30 am (CT) off hole #1.

The top five teams from each of the six NCAA Regionals – as well as the highest placing individual not on an advancing team – will go on to compete for the NCAA Championship, May 27-June 1 in Scottsdale, Ariz., at Grayhawk Golf Club – Raptor Course.

Arkansas is playing in its 28th NCAA Regional. Arkansas has been represented in all 32 NCAA Regionals held since its inception in 1989, including four times (2000, 2001, 2006 and 2007) when just an individual qualified. The Razorbacks have competed as a team in each of the last 13 NCAA Regionals held.

The Razorbacks won the 1991 NCAA Central Regional and have six runner-up finishes to their credit including a second-place finish last season. Overall, Arkansas has advanced from a Regional to the NCAA Championship 18 times.

Arkansas has played at OSU’s Scarlet Course on six previous occasions – twice in the NCAA Championship (1987 and Bud Still as an individual in 1995) and four times in the NCAA Central Regional (1990, 1993, 1999 and 2008). Arkansas advanced to the NCAA from Columbus in three of the previous four trips.