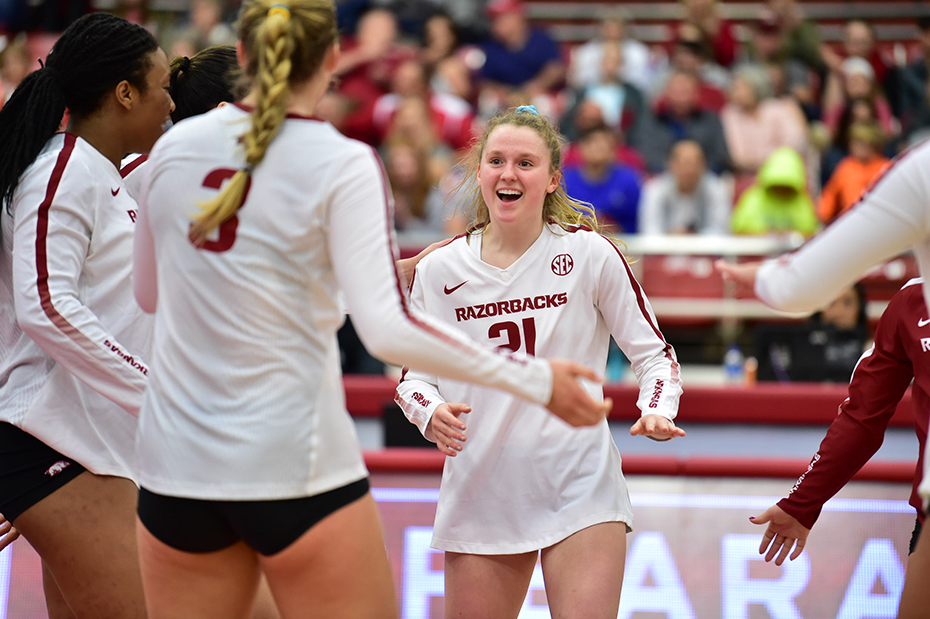 FAYETTEVILLE, Ark.- The Arkansas volleyball team earned its second conference win of the season Friday night, defeating Mississippi State 3-1 in Barnhill. With the win, the Razorbacks are now 8-9 (2-5 SEC).

Arkansas dropped a close first set to the Bulldogs, falling 25-23. The Hogs rebounded in the second set, earning a 25-23 victory.

The Razorbacks played Mississippi State close in the beginning of the third set, before pulling ahead and closing the set out with a 25-18 win. Arkansas dominated the fourth set, ending the 25-12 victory with a 10-0 scoring.

Arkansas will return to the court Wednesday, hosting South Carolina at 7 p.m.